“I can genuinely say that after feeling defeated for months this is a good feeling. It’s very small, I think you can always do better," Camille Wright said. 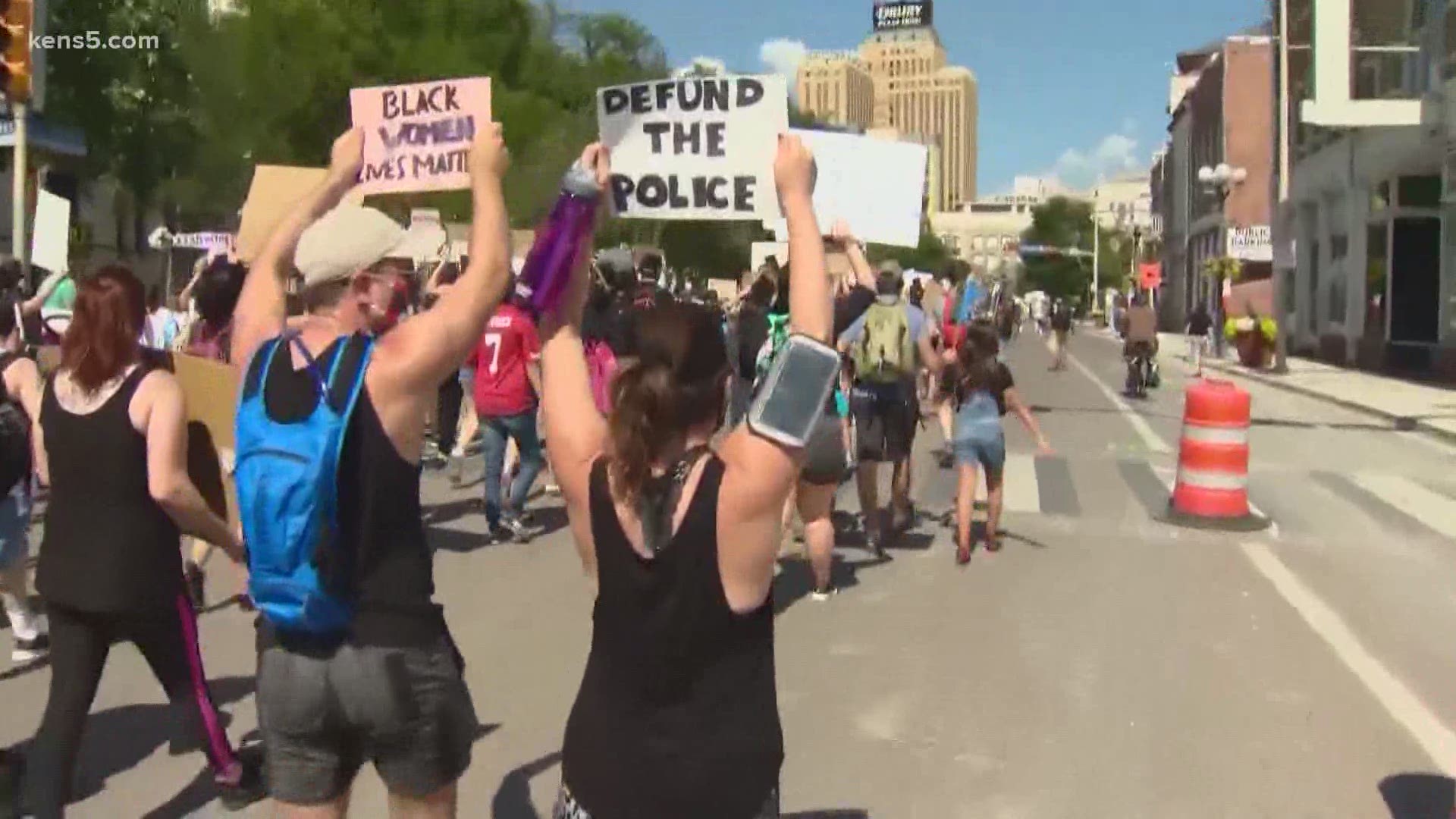 SAN ANTONIO — Today's cuts were a sigh of relief for Camille Wright who’s been protesting for months now, for changes to police policies and law enforcement budgets.

“I can genuinely say that after feeling defeated for months this is a good feeling. It’s very small, I think you can always do better, I think there is always room for improvement,” Wright said.

Bexar County Commissioners voted Tuesday morning to save 19 of the 38 constable positions that were proposed to be cut from the Bexar County budget.

Wright as well as many other community leaders have been pushing for money to be taken away from police and put back into the community. After today, they say they feel one step closer.

“I have to give credit to the judge and the commissioners because they were already fighting on our behalf,” Wright said.

Shorty after the vote, wright says she met with San Antonio Mayor Ron Nirenberg about the cities upcoming budget vote in two days.

Wright says they’re hoping for similar results, and after the success they feel they had today - they’re a little more confident they’ll get it.

“Just encouraging people to leave public comments - over the phone, via email - however you’re able to access it. That’s what we’ll be doing over the next few days until Thursday morning,” Wright said.