Following the incident, the charges were dropped against the victim at the request of the New Braunfels Police Department. 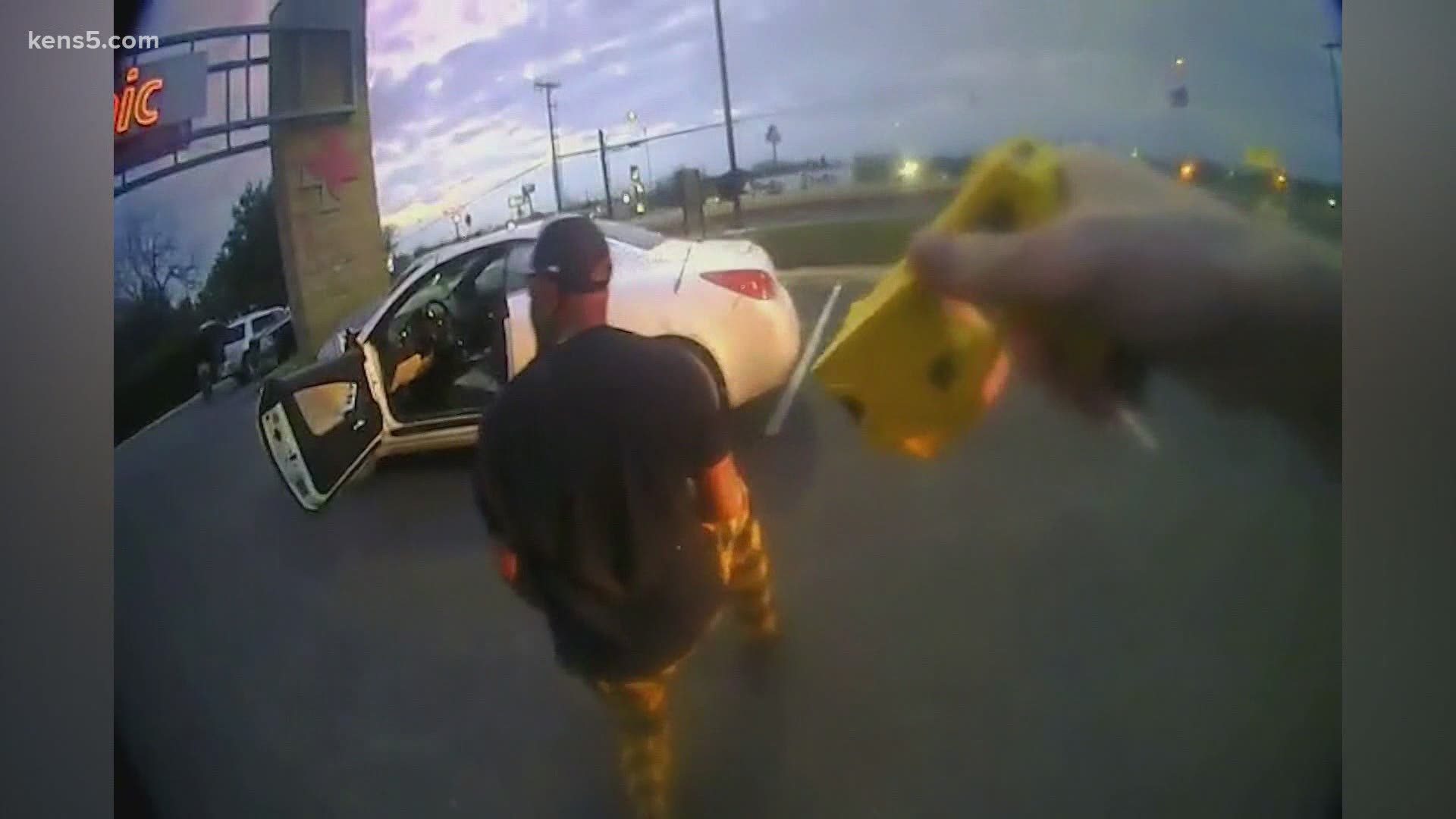 NEW BRAUNFELS, Texas — A video revealing a New Braunfels police officer using a Taser on a Black man during a traffic stop was shown publicly for the first time in a news conference Monday.

The victim was pulled over in January for what police said was an "unclean license plate" and was charged with "attempting to elude an officer" and "interfering with police official duties."

Nine months after the incident, the charges were dropped against the victim at the request of the New Braunfels Police Department.

The officer who Tased the man has been identified as Kaleb Meyer. New Braunfels City Manager Robert Camareno said Meyer is no longer with the department after choosing to resign. He was on the force for one year when the traffic stop occurred.

The incident, captured on Meyer's body camera, was viewed for training purposes by the police department. Meyer continued to serve on the force after Camareno said he was counseled on how to better approach traffic stops, when to use force and how to de-escalate situations. There was no internal investigation following the incident, Camareno said.

Records show Meyer completed a De-escalation and Minimizing Use of Force training on July 5th. He also took an Arrest, Search and Seizure class, and a course on Civil Rights on August 18th and 19th.

“There was some delay when the officer was provided the additional training but he ultimately was providing the training,” said New Braunfels City Manager Robert Camareno. “I believe that it was after further consideration that the department chose to try to go in a different direction with him… I believe there was a conversation with him about the options that he had and he chose to resign.”

When asked why this video was now made public, Camareno said that the department had not shown it previously at the request of the victim, but now, "in the interest of transparency, we chose to show the video to our community." 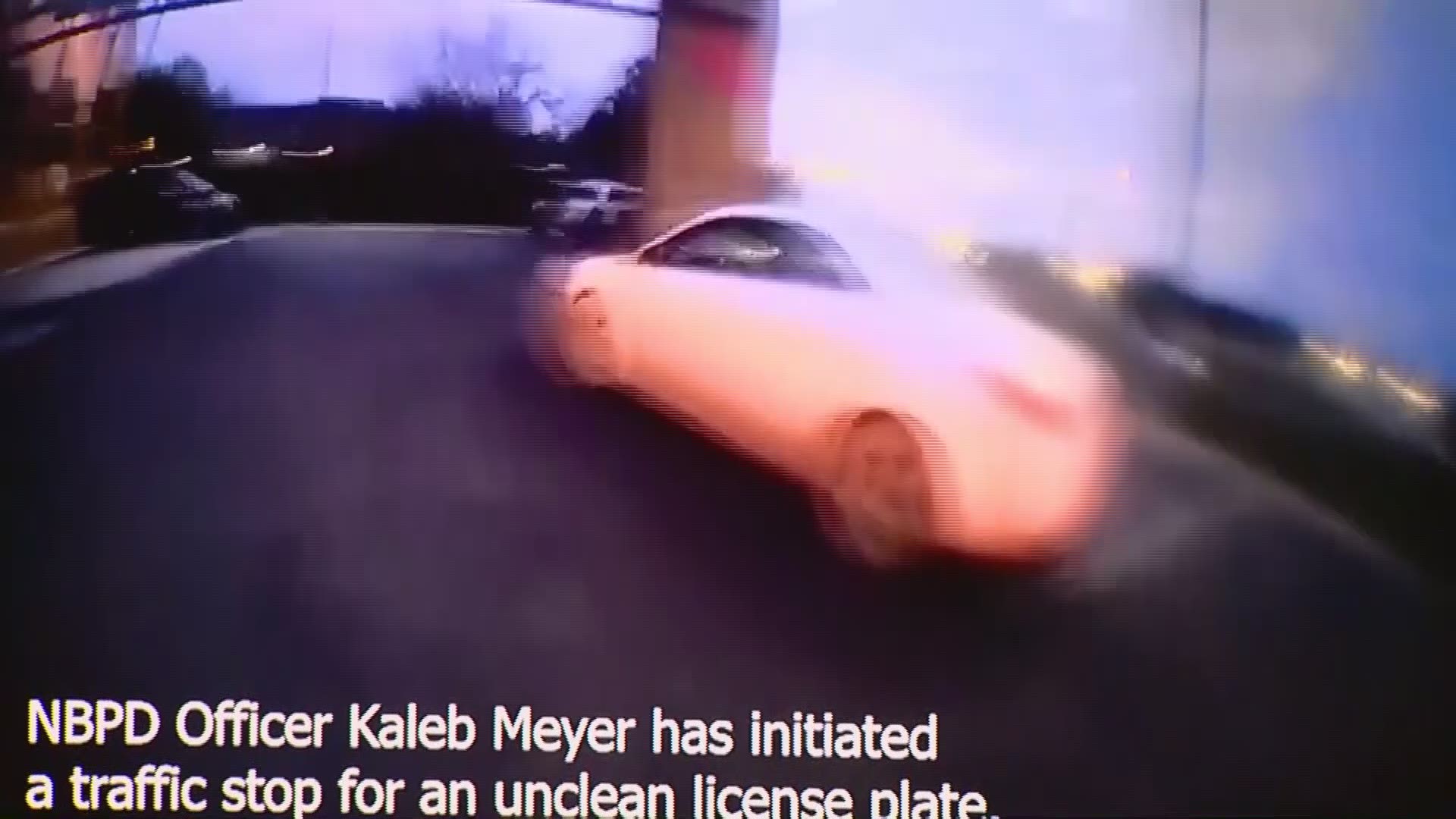 "Please don't shoot," the victim says repeatedly. After a few moments, the officer pulls him with one hand out of the car.

Officer Meyer tells the victim, "On your face. Get on your face. All the way. Hands in front of you."

The victim responds with "What the f*** you want me to do?" Once the man is lying facedown on the ground, the officer uses a Taser on him.

Meyer holds the handcuffed victim on the ground until another officer arrives to intervene. Camareno said the second officer de-escalated the situation.

"The incident does not reflect on the men and women in the police department who serve this great community," Camareno said.

“We want to make it abundantly clear that the actions of the officer in the video are not acceptable to the city of New Braunfels,” said Mayor Rusty Brockman.

“He chose to retire and took responsibility for the issue and ultimately retired,” said Camareno.

KENS 5 has been in contact with the driver and is waiting for a response from his legal counsel. The city confirms they were notified of a lawsuit in June. Camareno noted recent mediation was unsuccessful but hopes to resolve the claim soon.