An active search is underway off Foster Road near Hildebrandt. Officers are on horseback searching for Curtis Perry, who may be a victim of foul play. 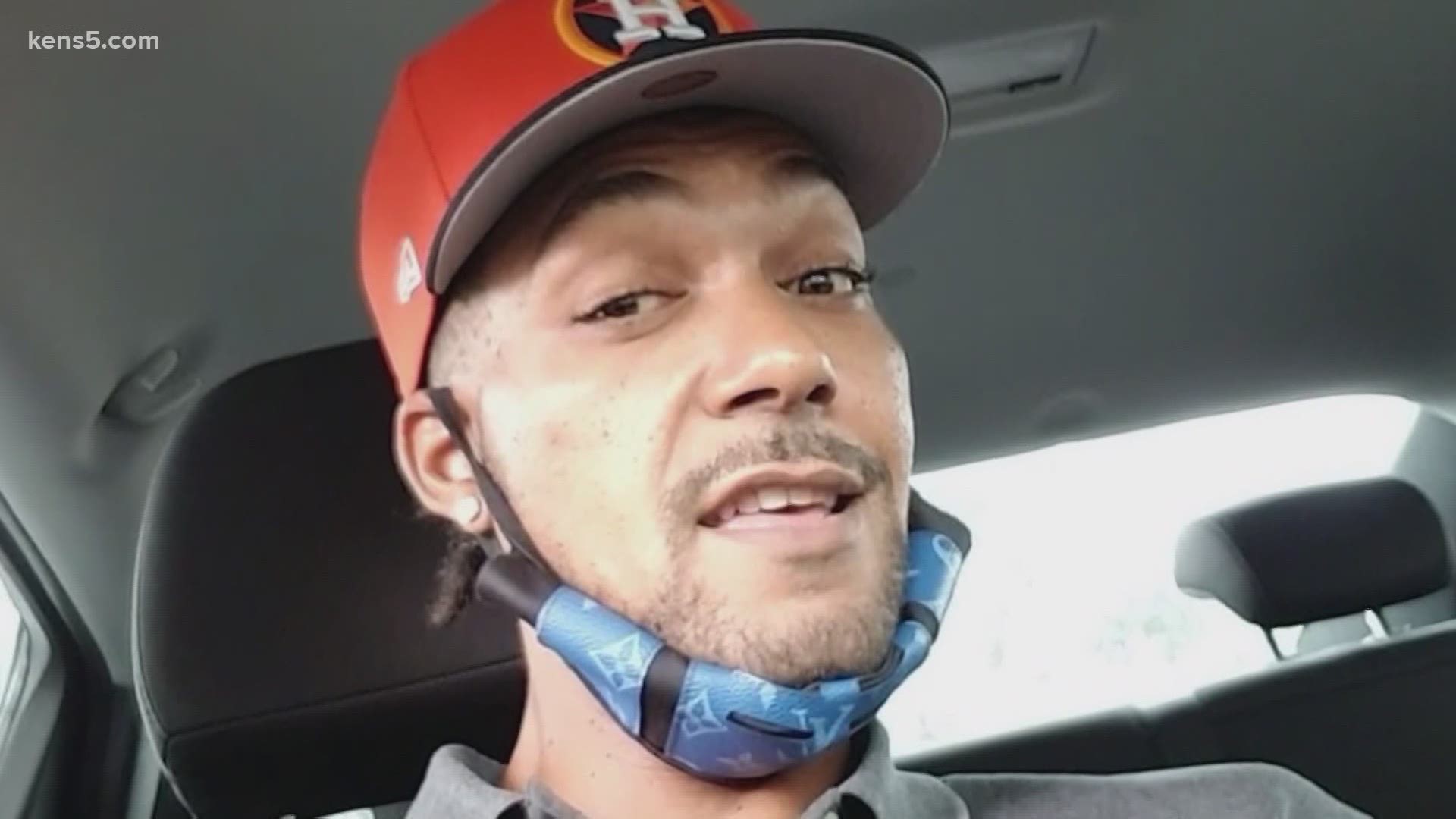 SAN ANTONIO — Note: This story originally stated that Curtis Perry has been missing since July 27, based on information from county authorities. Authorities later clarified that while Perry's family last saw him July 27 on Jackson Keller, he was last seen by anyone on July 29 on Foster Road. This story has been amended to reflect the update.

The Bexar County Sheriff's Office is searching for a missing father from out of state in southeast Bexar County.

An active search was underway Wednesday morning off Foster Road near Hildebrandt. Deputies, along with Bexar County Sheriff Javier Salazar, were on horseback searching for Curtis Perry, 38, who they say may be a victim of foul play.

"We know that he was involved in some sort of an altercation out here and there is evidence of that," Salazar said. "But since he has not been found here or anywhere else, we believe this is the last place that he was."

Nikki Rudd said Perry is her first cousin. She said she was one of the last people to see him.

"We are preparing for the worst," she said. "We just want to find him, if he's dead or alive. We just want answers."

The 38-year-old father hasn't been seen or heard from since July 29. Rudd said when she spoke with Perry that day, there was nothing out of the ordinary.

Perry brothers told KENS 5 he lives in Philadelphia and was in Texas visiting family. He said his first stop was Houston, and his last stop San Antonio. Bexar County deputies pulled out all the stops to try and find him on Wednesday.

Boats, drones, dogs and horses are being used in the search. Investigators believe Perry may have been involved in a violent confrontation and was last seen running in the area. His rental car was also found in the vicinity.

"So we're trying to determine if he was taken from this point, or is he laying out here somewhere in the woods," Salazar said.

"For him to be out there is really bizarre because he doesn't know San Antonio," Rudd said. "So, what was going on out there? We just want answers."

KENS 5 also spoke with Perry's family out in Philadelphia. The mother to his son said the 14-year-old isn't doing well not knowing the whereabouts of his father.

'We still believe his body is out there'

Salazar provided an update on Friday, two days days after the search began. He said authorities at this point are searching for remains, and believe Perry was "most likely a victim of murder."

Several law enforcement agencies continue to be involved in the search, not just for Perry, but also for who may be at fault for his dissapearance. Salazar said those people is believed to be responsible for other violent incidents in the region in recent weeks.

"We still believe his body is out there somewhere," the sheriff said Friday, adding that they're working with an area that is "several hundreds of acres" in size.

BCSO officials described Perry as being 6 feet 2 inches tall, weighing about 185 pounds, and having brown eyes with brown dreadlocks. He also has tattoos of a pit bull and a cross on his chest, and a tattoo of clasped praying hands on his back.

Anyone who has any information as to Perry's whereabouts is asked to contact BCSO at (210)335-6000 or bcsotips@bexar.org