One of the officers involved in the Monday night incident in Austin has had nearly half a dozen surgeries. 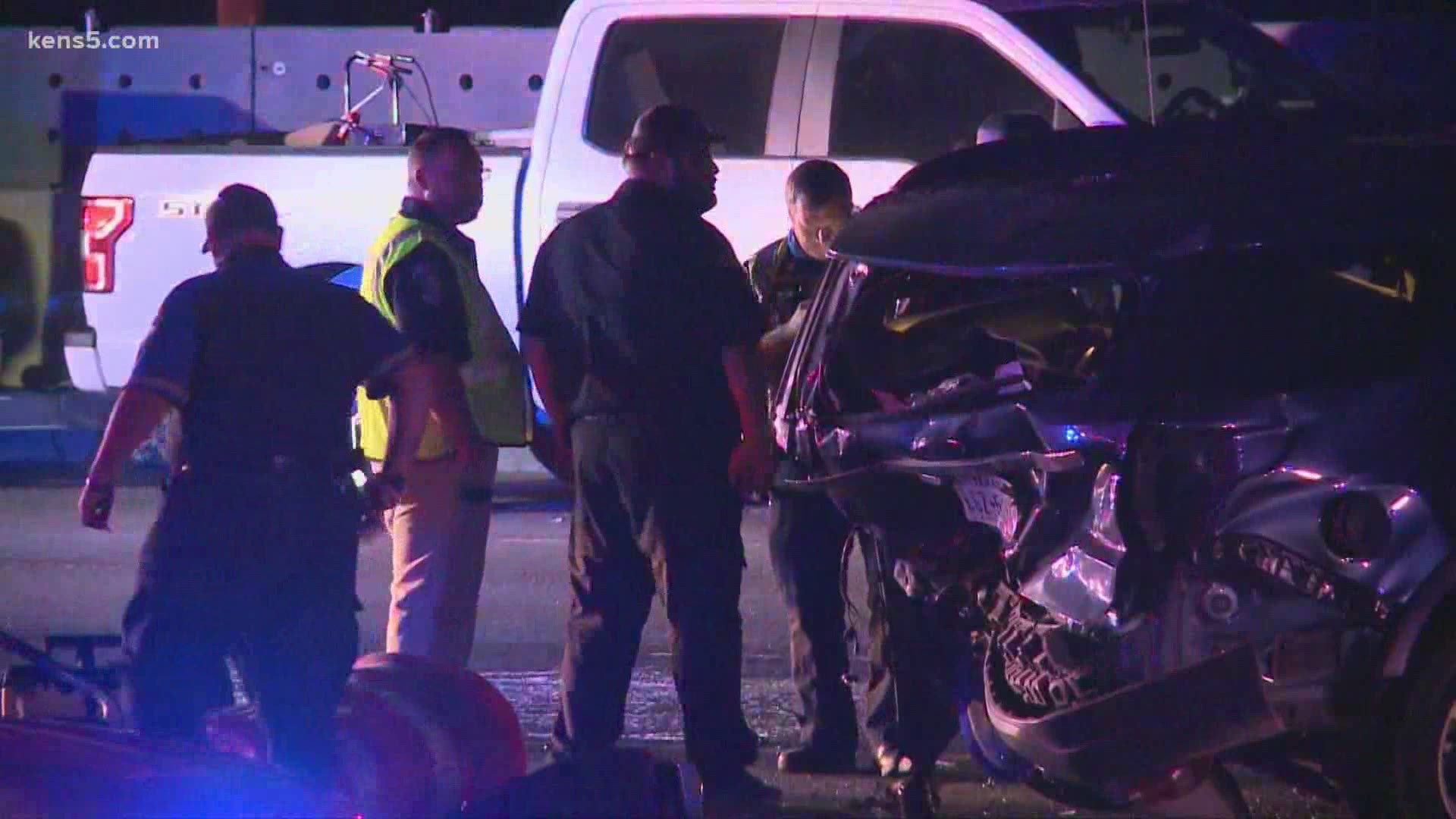 SAN ANTONIO — A pair of San Antonio reserve officers are on the road to recovery after they were badly hurt in a crash earlier this week.

According to authorities, a suspected intoxicated driver crashed into Alfred Alcantar and Leticia Martinez, who both work in the Bexar County Precinct 2 Constable's Office.

The officers were in Austin Monday working traffic control at a construction site on I-35 when they were struck by a driver who, according to Bexar County Precinct 2 Constable Leticia Vazquez, was reportedly going more than 100 mph.

"He was high on heroin and slammed through the intersection," she said.

The impact was so severe that Martinez ended up trapped between two cars.

"It is a miracle that she is alive. She was crushed," Vazquez said. "And the truck bounced off her and that is when she fell to the ground."

Martinez is going on five surgeries at an Austin hospital.

"She is in pain," Vazquez said. "She is worried about what is in her future."

The constable visited Martinez on Thursday. She said doctors are doing everything they can to save one of the officer's legs.

"They even say she is going to be in the hospital for at least two months, before she (can) even learn how to walk again," she said.

As for Alcantar, he just returned home to San Antonio where he is recovering. His foot was crushed and may need surgery. While the officers don't work full-time with the constable's office, Vazquez said they are family.

"People don't understand; there are officers working 24/7," she said. "If I had a slot for them, I would hire them right away. But I don't."

The constable's office is raising funds for the two officers.