Some businesses have been allowed to reopen, but nearby residents have been kept away from their homes as repairs are made. 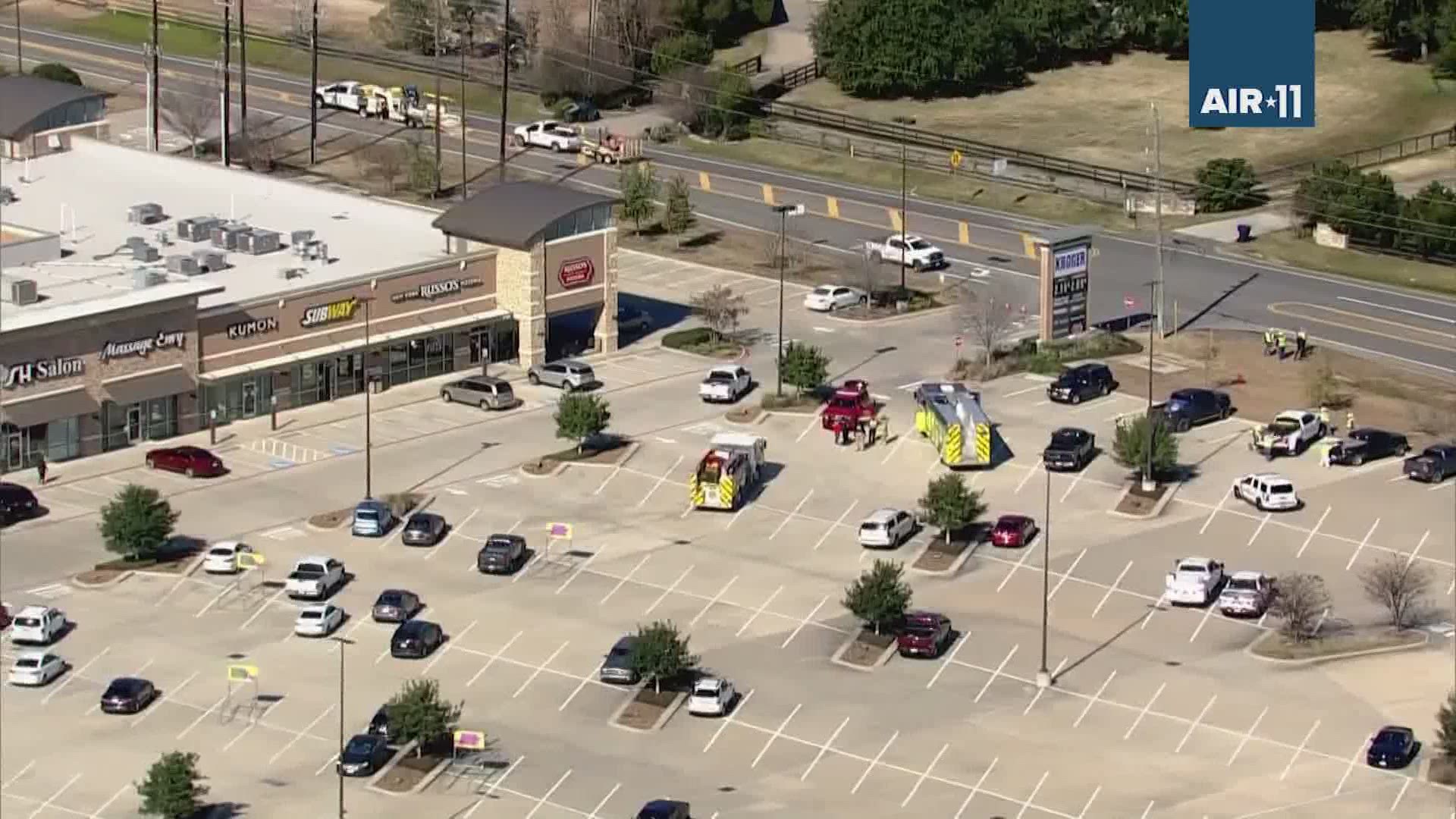 FORT BEND COUNTY, Texas — Firefighters and a HAZMAT team responded to a shopping center in the Katy area early Wednesday after reports of an odor and a gas leak.

The sheriff's office reported around 10 a.m. the leak caused the evacuation of a shopping center that includes a Kroger store and several other businesses.

Crews from CenterPoint, Fort Bend HAZMAT and the Katy Fire Department were on the scene.

As of 11:30 a.m., the businesses were allowed to reopen, but some nearby residents were still being kept away from their homes.

The Katy Police Department issued similar guidance, noting there was a strong odor in the area:

"There is a large gas leak behind the Kroger on Spring Green Blvd. The Katy Fire Department is on scene monitoring air conditions. At this time there is a strong odor evident and we advise avoiding the area if possible."

No injuries or illnesses have been reported so far. The cause of the leak was not disclosed.