For the first time since the high school hazing scandal rocked the city of La Vernia last month, the community had the chance to speak publicly with the district's superintendent, Dr. Jose Moreno. 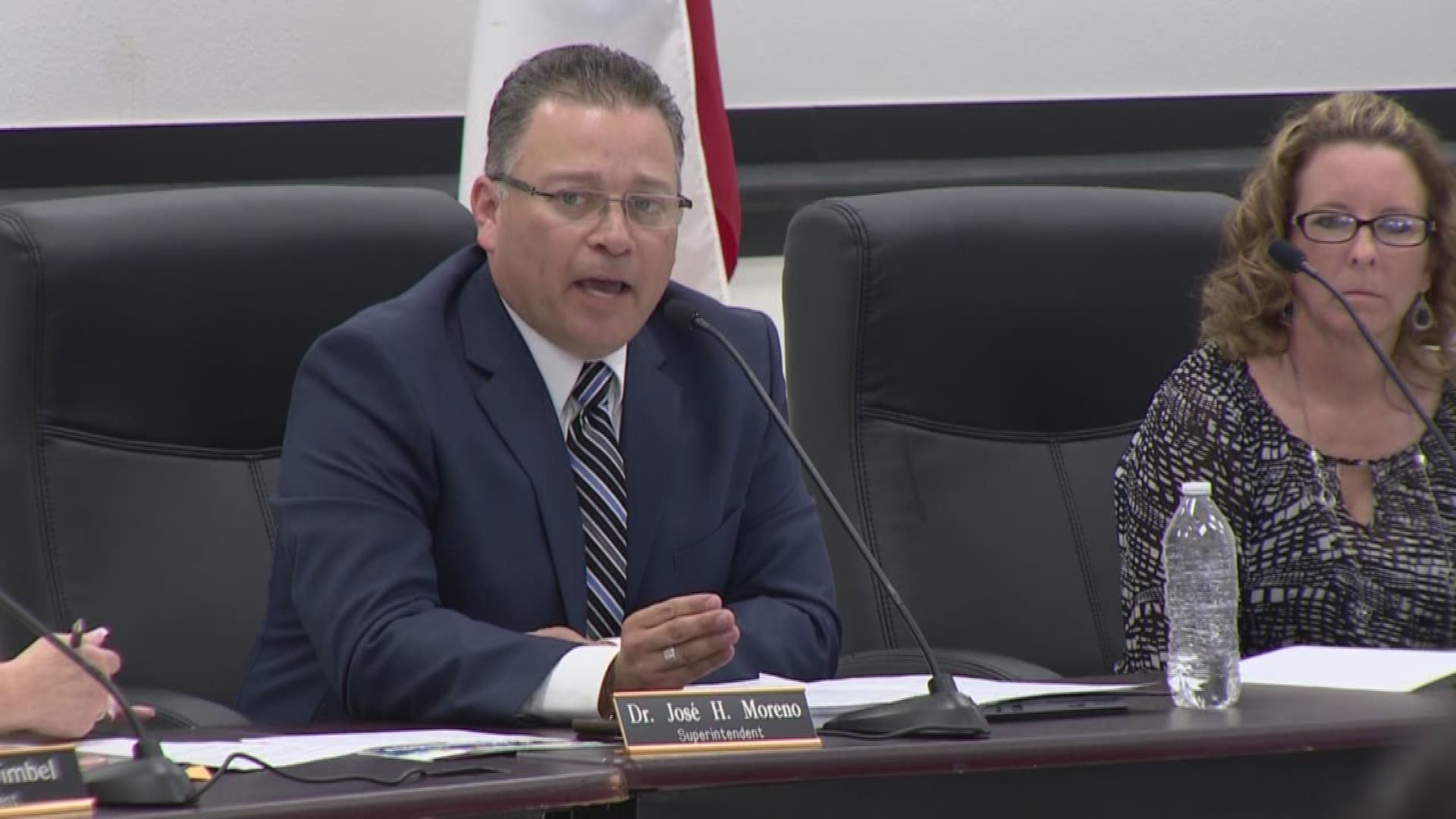 LA VERNIA, Texas - For the first time since the high school hazing scandal rocked the City of La Vernia last month, the community had the chance to speak publicly with the district's superintendent, Dr. Jose Moreno.

The district hosted a meeting for community concerns open to parents Monday evening.

"There are so many questions to be answered," Moreno said. "I hope you understand our hands, at this point, have been tied to allow the justice system to move forward,"

Paula Thompson was the only parent who spoke up before the board members tonight.

"They were really good people... just seeing this now, it's just kind of disappointing," Salva said.

Another parent, Rene Garza, told KENS 5 her son graduated from the same high school and was on the football team all four years.

"He just keeps shaking his head like 'I cannot believe this.' It was kept very secret by the victims and by the perpetrators," Garza said.

Seven juveniles and three adults were arrested in connection to the alleged hazing incident. Several of them are facing sexual assault charges. Authorities expect more victims to come forward.

"We're creating a sense of normalcy for our children. We're taking that extra step to ensure that they all have that opportunity to have somebody support them," Moreno said.

Moreno also said he is "pleased" that the Texas Rangers will be investigating this case.

"It’s important that the investigation be thorough and be done with great integrity. I am also thankful for the efforts of our local law enforcement and for their cooperation with the Texas Rangers," he said in a statement.