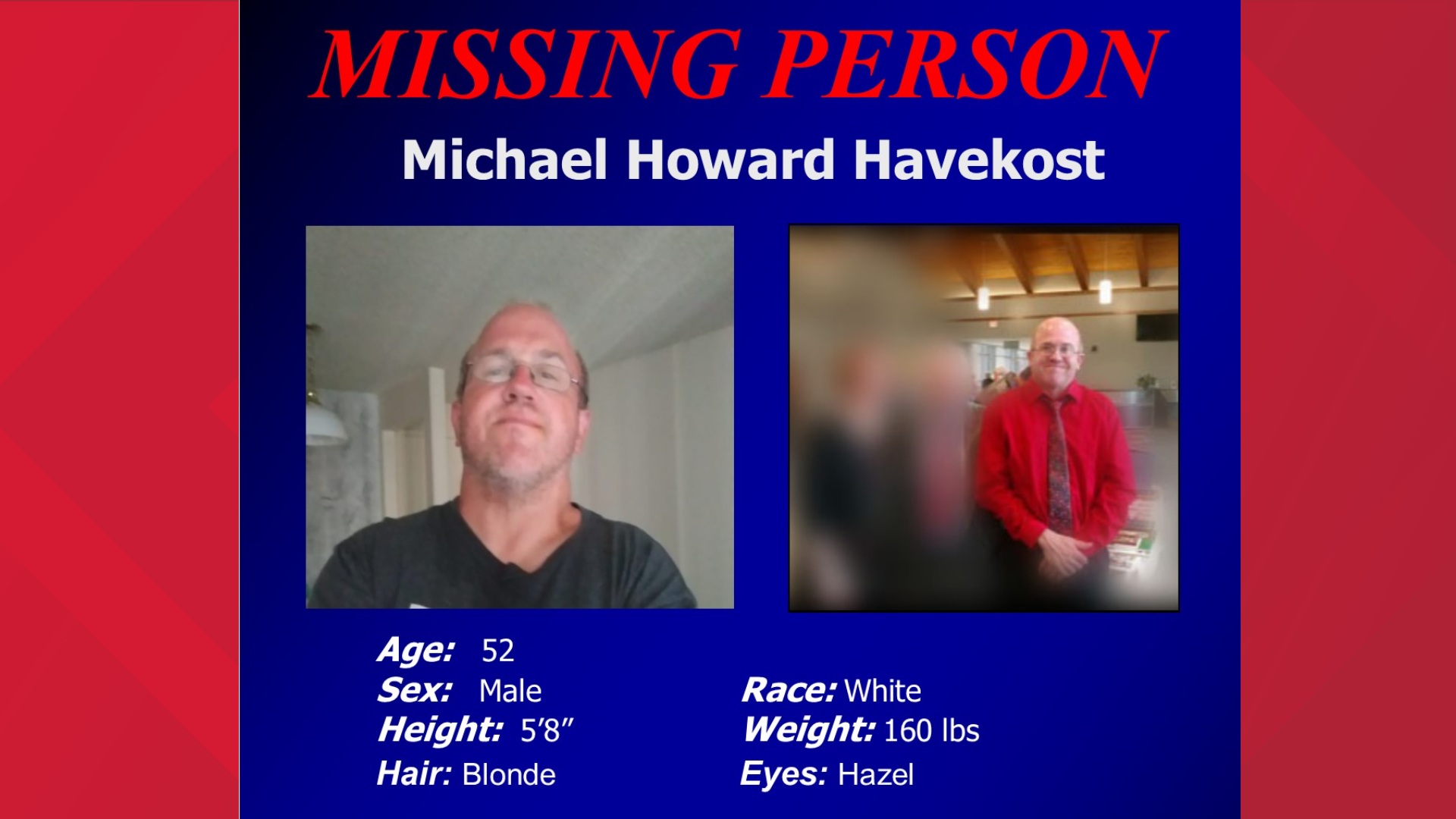 Havekost's sister, Sarah Holley, said he lost his job at Old Chicago in March. She said she helped him with food, money and a room at the Inn.

Holley said she went to check on him Sept. 7 but he was not there. She went back on the 14th. She said the owner and housekeeper told her they had not seen him for a week.

Holley said she filed a police report and when they checked the room his wallet, glasses, shoes and hearing aids were still there. She said he has some developmental delay but he is very high functioning.

Havekost is a white man, 5'8" tall, 160 pounds with blonde hair and hazel eyes. Anyone with information about his whereabouts can call Killeen police 254-501-8800.