Juneteenth, which is short for June Nineteenth, marks the end of slavery not only in Texas but the United States in 1865. 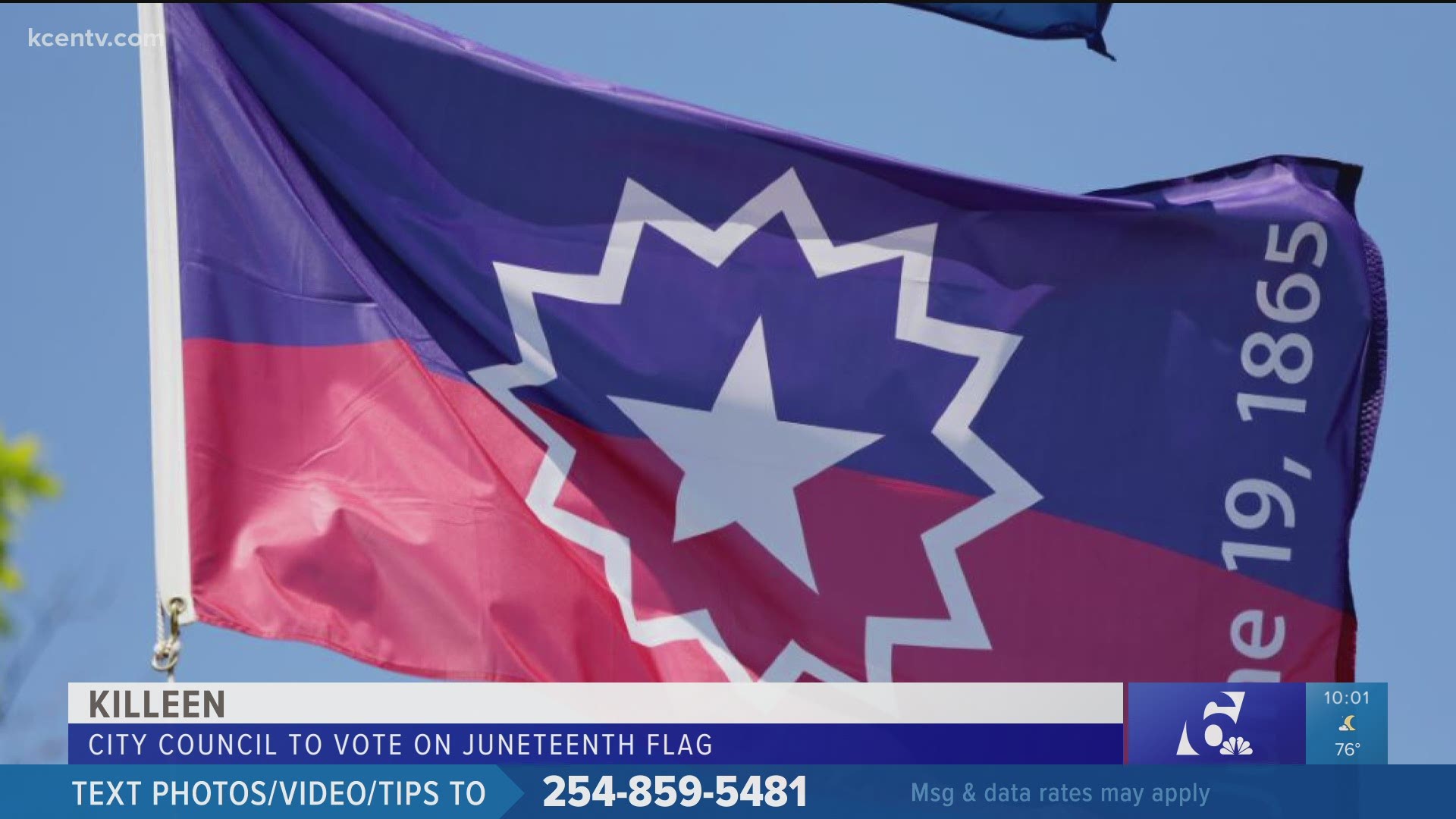 KILLEEN, Texas — A debate over a flag that honors Juneteenth has divided the Killeen City Council, which will vote next week on whether to fly it over City Hall.

Juneteenth, which is short for June Nineteenth, marks the end of slavery not only in Texas but the United States in 1865.

Ronnie Russell with the Innovative Black Chamber of Commerce wants the flag to be flown at City Hall on June 18, June 19 and June 20.

“Juneteenth is American history,” said Russell. “And as we raise this flag we are now setting the tone in this city.”

Russell believes the raising of the Juneteenth flag is a sign of progress.

Councilwoman Debbie Nash-King supports raising the Juneteenth flag, but Mayor Jose Segarra has concerns this will open Pandora's box for other groups to want the same. Councilman Rick Williams agrees.

On Tuesday, Killeen City Council will vote on whether to hang the Juneteenth flag.

You can watch the meeting here.