Authorities say they believe the victim and the shooter knew each other. 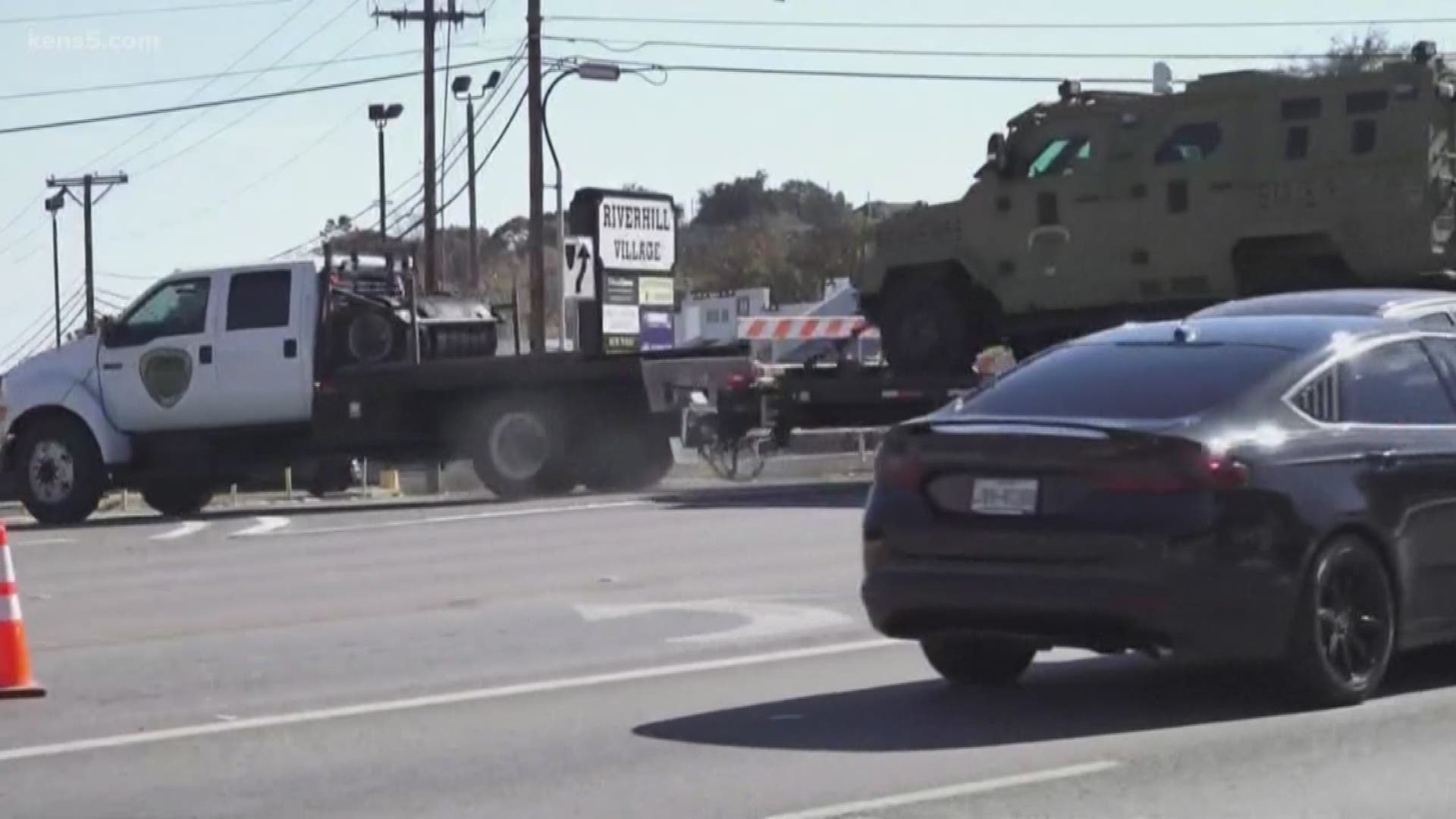 Kerrville Police officials say Fernando Rolon was believed to be heavily armed when authorities were searching for him on Tuesday, adding that he remained barricaded in the Rio 10 cinema while refusing to surrender to police, even when tear gas was used.

SWAT Team members later searched the theater, eventually finding Rolon "suffering from an apparent self-inflicted gunshot wound to the head." He was pronounced dead after being taken to a local hospital.

KPD and Texas Department of Public Safety officials are continuing to investigate the incident.

Walmart also commented on the incident, saying through a spokesperson, "We are deeply saddened by this incident and our thoughts and prayers are with the family of our associate. This is an active police investigation and we will continue to work with (the) Kerrville Police Department and assist in their investigation in any way possible."

The suspect is in custody, according to a post from the Kerr County Sheriff's Office Facebook page.

Update on standoff. Subject is in custody. More info will be released by Kerrville PD when appropriate. Thanks for everyone's patience and prayers. No Officers injured and our prayers for the victim and her family from Walmart. This community can take great pride in your law enforcement officers from all our agencies. Sheriff Rusty Hierholzer

The woman killed in the Walmart parking lot Monday night has been identified as Melissa Villagranna, 38, according to the Kerrville Police Department.

The Texas Department of Public Safety SWAT team has relieved the Kerrville Police Department Special Operations Unit currently in place, according to a spokesman with the city of Kerrville.

The KPD is still on scene and holding the perimeter along with the Kerr County Sheriff's Office and Kerr County Constables.

Walmart has issued a statement in regards to the incident:

"This is an active police investigation and we will continue to work with Kerrville Police Department and assist in their investigation in any way possible."

The Kerrville Police Department is engaged in a standoff with Fernando Rolon, Jr., accused of shooting a woman in a Walmart parking lot Monday night.

As of 9:45 a.m., members of the KPD are still attempting to make contact with Rolon and hope to convince him to surrender peacefully.

The standoff shut down Highway 173 and Sgt. Jonathan Lamb told KENS 5, "The suspect is contained in a building. It’s an ongoing event. We are talking to him and expect that this will be over shortly."

Before the standoff began, a Kerrville Police Department officer located Rolon’s car in the parking lot of the Rio 10 Theater, 1401 Bandera Highway in Kerrville.

Phone contact was made with Rolon who was hiding in the theatre, authorities said. The suspect allegedly told police that he would give himself up, but after several hours, he broke off communication.

The previous incident took place before 10:30 p.m. Monday at the Walmart on 1216 Junction Highway near Nimitz Lake.

Authorities said they do not know what led up to the shooting, but police believe the victim and the shooter knew each other.

No one else was involved, but police asked people to stay away from the store while they continued to investigate.

HPD: Robber shot to death with own gun by homeowner in Westbury