The officer has been placed on administrative leave while the incident is under investigation. 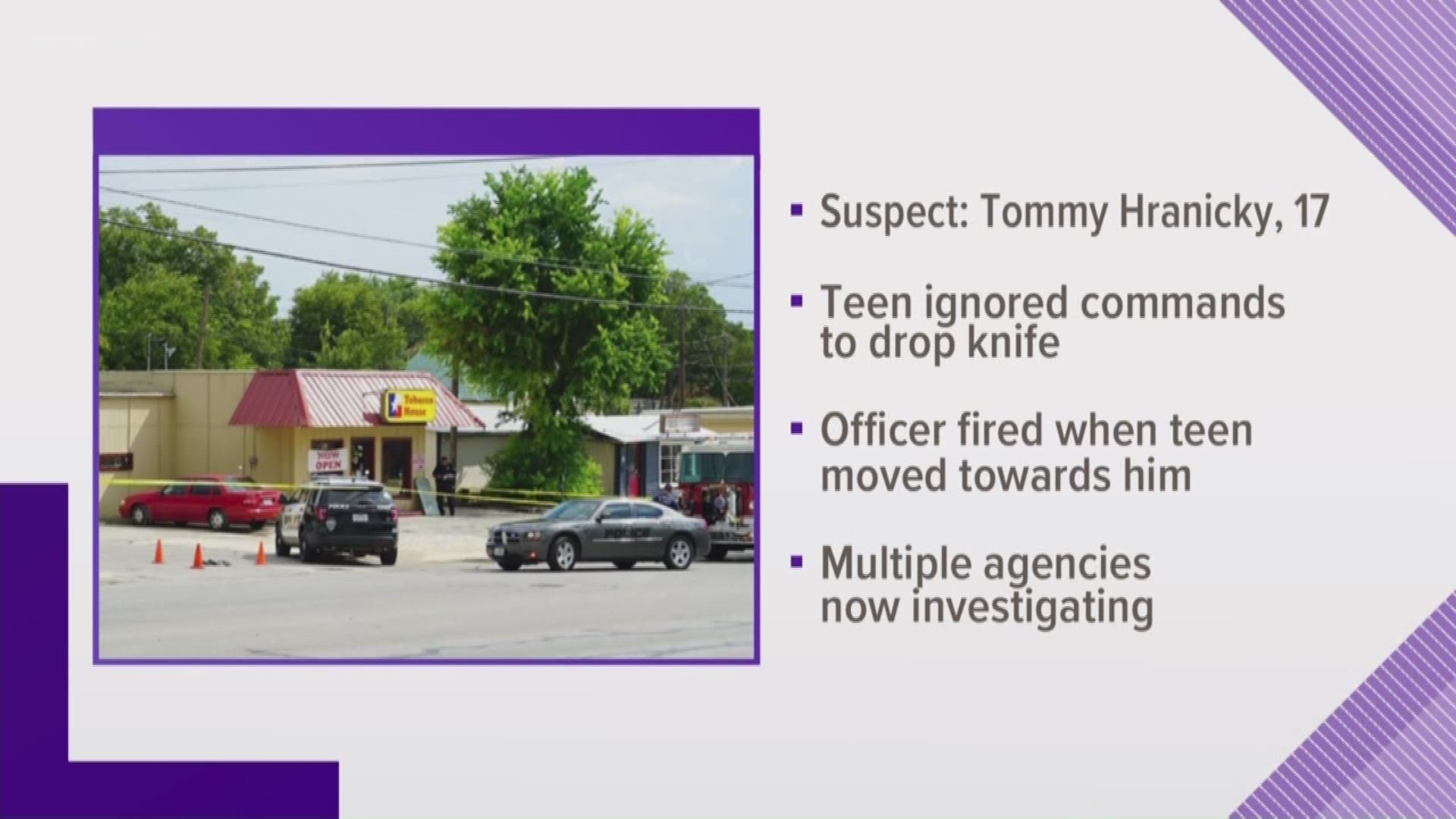 KERRVILLE, Texas — Update: The officer has been placed on a non-punitive Administrative Leave pending the investigation.

The Texas Department of Public Safety – Texas Rangers are conducting a criminal investigation. When the investigation is complete, the case will be sent to a Kerr County Grand Jury for review, the Kerrville Police Department said.

One teen is dead after police say he threatened an officer with a knife.

According to the Kerrville Police Department, officers responded to a report of a man waving a knife around 3:30 p.m. Sunday. When officers arrived at Sidney Baker Street, they found the suspect armed with a knife.

Police said 17 year old Tommy Hranicky ignored several commands to drop the knife. The officer drew his service weapon and shot the suspect. Hranicky was pronounced dead at the scene.

The officer has been placed on administrative leave while the incident is under investigation. Kerrville police said several agencies will be investigating the case.

The officer's body-worn camera, as well as his in-vehicle digital recording system, were functioning and activated during this incident.

No threat at Ingram Park Mall after rumor of active shooter, SAPD says

GoFundMe in place for 17-month-old shot in Odessa