Three people have died in the aftermath of the racing accident, and others are still recovering from their injuries. 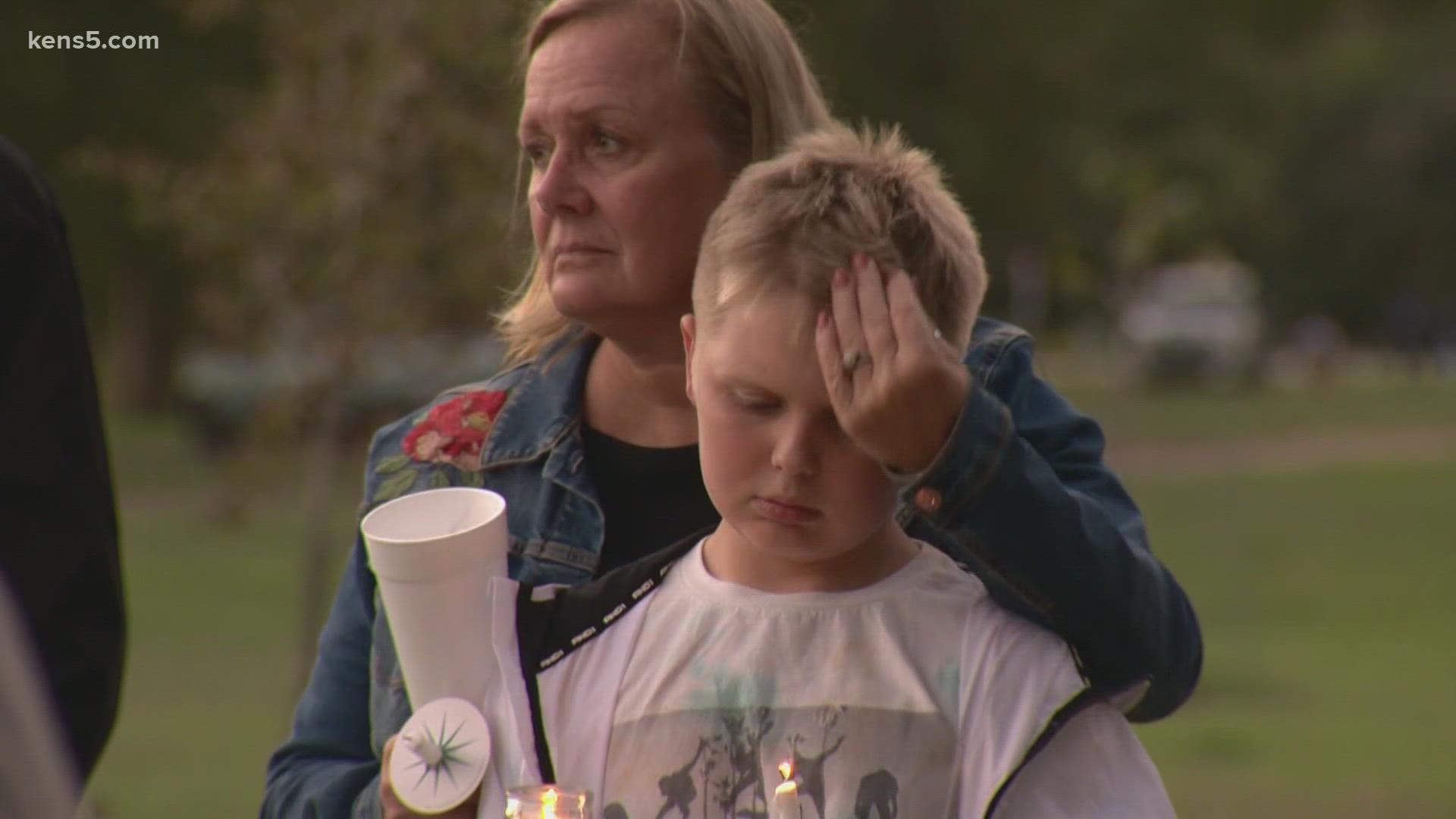 KERRVILLE, Texas — The Kerrville community is bonding after tragedy.

On Wednesday evening, four days after a crash at an organized drag-race event killed at least three people, a memorial was held for the lives lost. Authorities said a driver participating in the race lost control of his car and slammed into a crowd of spectators.

Two young children and a woman were killed.

The Pinder family attended the memorial. Autumn Pinder said they were there to pay their respects and to find peace. Pinder said she was also at the "Airport Race Wars 2" event, which billed itself as a family-friendly affair, with her children.

"It was the most horrible thing I have ever seen," she said.

The young mother said she can't get the horrifying sights and sounds of when the driver lose control and struck spectators out of her mind. Several are still on the road to recovery at area hospitals.

"It just hits really close to home when you have your own kids," she said.

Pinder told her children to bring their favorite toys to this memorial, in honor of the 6 and 8-year-old boys whose lives were cut short.

"I explained to them those little boys can play with them in heaven," the mother said.

Mychell Lowrance lives in Kerrville. She organized the memorial for her community and the families impacted by this tragedy.

"We just want you to know that you are not alone," she said. "We just want to help you heal in any way that we can."