The City's Pothole Patrol is hitting the roads to fix problem spots in SA. And KENS 5 is teaming up with the City to get them fixed through April. 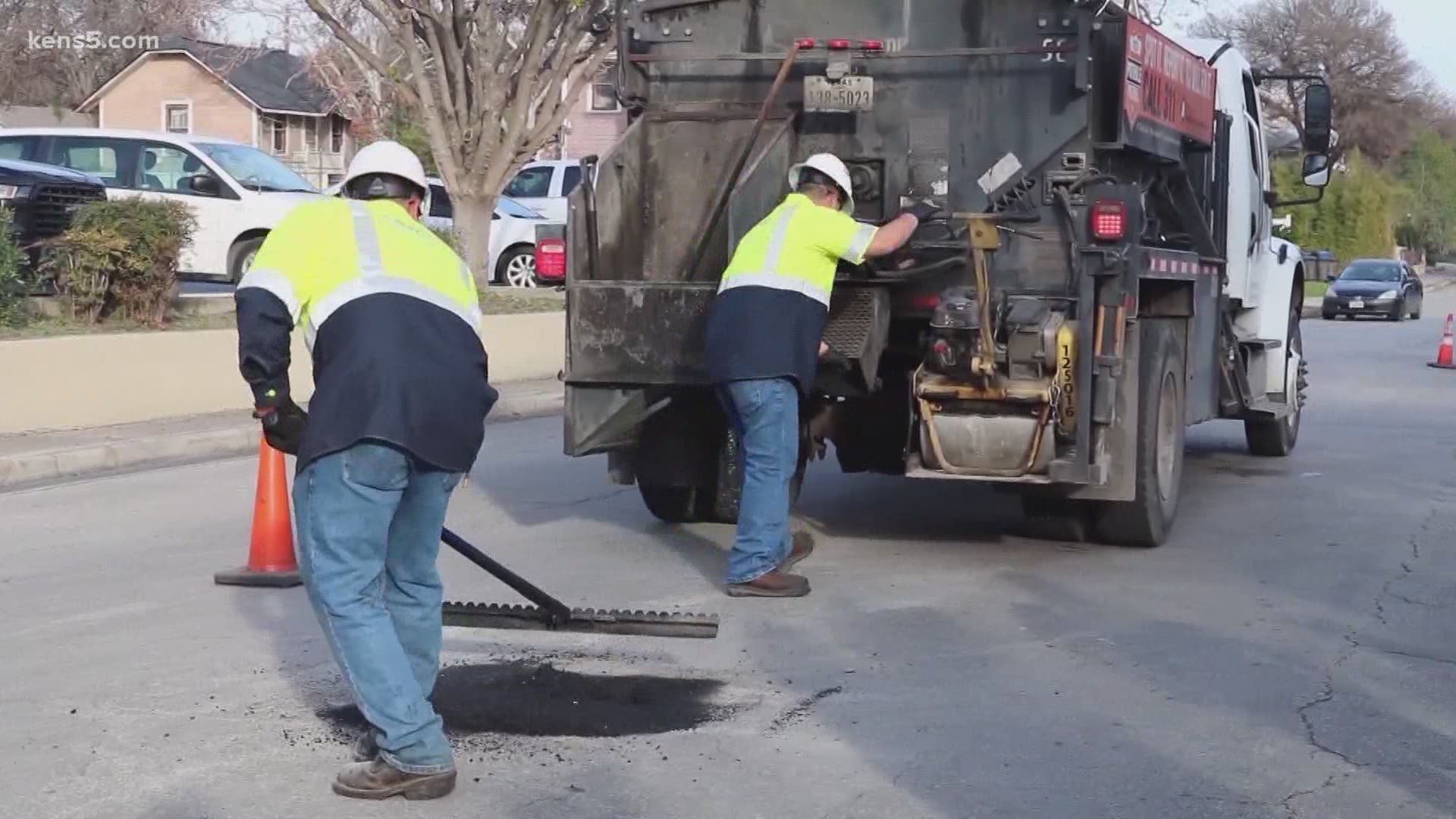 SAN ANTONIO — They're annoying, they can cause expensive damage and soon they'll be filled; the City's Pothole Patrol is hitting the roads to fix those problem spots.

Especially after the winter storm, some potholes in the Alamo City have worsened.

KENS 5 is again teaming up with the City of San Antonio to get them fixed all throughout the month of April. The goal is to help 8,000 filled by the end of the month.

The City says the pandemic places some limits on its full campaign for 2020, but it still filled nearly 100,000 potholes. Here are the stats:

If you want to report a pothole near you, you can 311 to start the process. The Public Works Department Pothole Patrol crews say you can expect a pothole repair within two business days.