Julian Castro calls for the end of Trump immigration policy

Castro visited a refugee camp across the border from Brownsville on Monday, saying the migrants were living in deplorable and unsafe conditions. 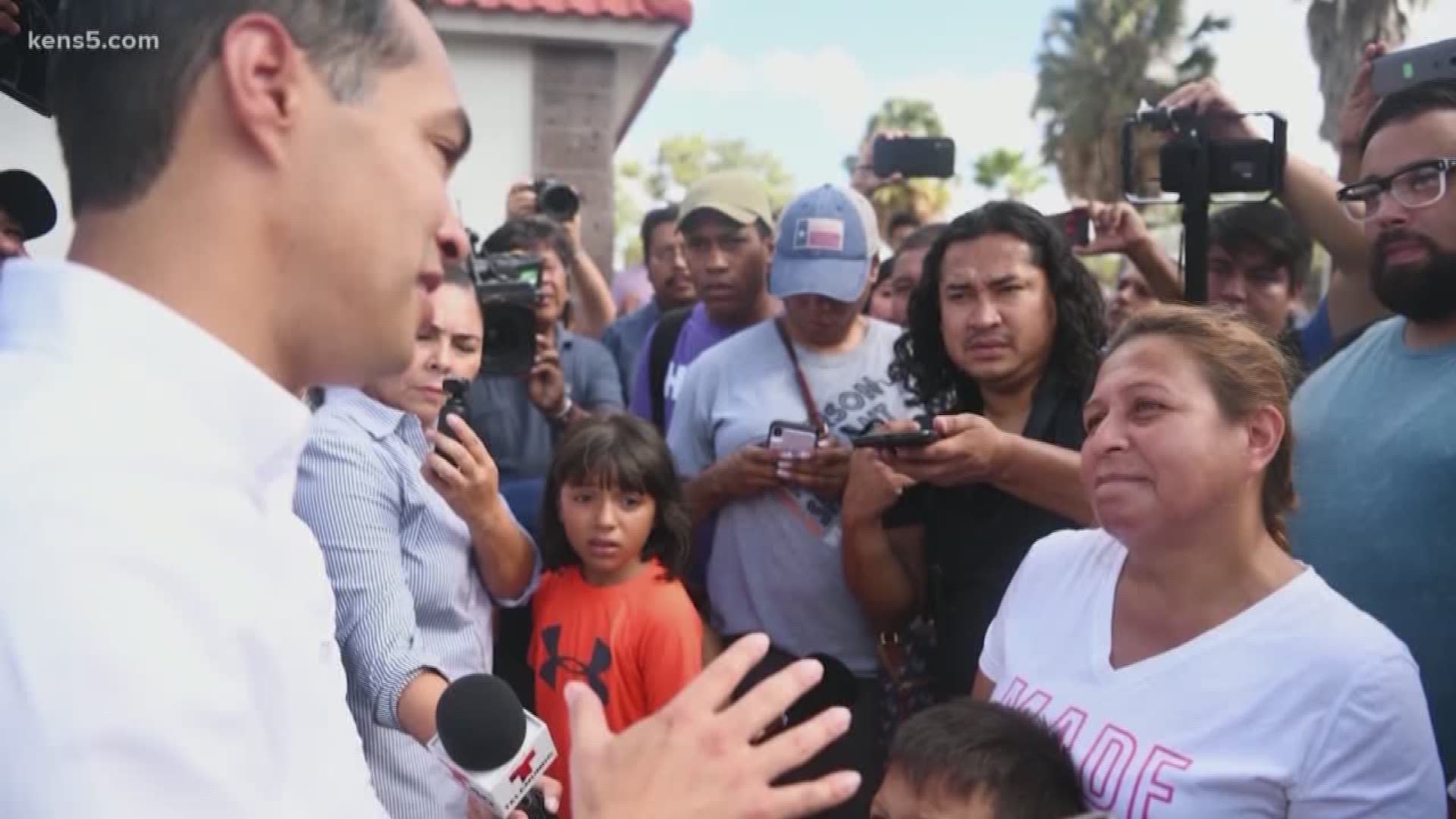 Castro crossed the Brownsville International Bridge on Monday, into Matamoros where a refugee camp is located right across the bridge.

At least a thousand migrants are being housed at the camp as they wait in Mexico for their next immigration hearing in the United States, hoping to seek asylum.

The program is called Migrant Protection Protocol or Remain in Mexico Policy.

“This policy is a disaster not only because it’s creating a greater humanitarian crisis, it’s a disaster because it flies in the face of the tradition in the United States of allowing people seeking asylum to make that claim and to remain in the safety of the United states,” said Castro.

Castro said the migrants waiting in the camps are living in deplorable and unsafe conditions.

“All they want is the opportunity to make their asylum claim with due process and remain in the United States,” said Castro.  “I see a lot of desperate parents, a lot of desperate children, sick children. It’s a disaster, people should not live like this.”

President Trump created the MPP policy with Mexican officials to curb the number of migrants crossing the border and being held in overcrowded processing centers.

Before the policy was in place along the southwest border, family units were processed then sent to transition centers, often run by faith-based non-profits who would help them get to other family members and where an immigration hearing would be set.

After visiting with migrants in the Matamoros camp, Castro called out the Trump administration saying the program is cruel and unnecessary.

“What I saw today is that this president helped to create a humanitarian crisis,” said Castro.

Castro said the migrants are living in a hostile environment, and the current administration is putting their lives in danger.

Joe Colon Uvalles is an LGBTQ activist in the Rio Grande Valley who came out to support Castro during his visit to Brownsville.

Uvalles said he’s been to the  Matamoros camp providing aide and support to the migrants, especially from the LGBTQ community who are vulnerable and harassed in the camp.

“That is not a representation of what our country can do,” said Uvalles. “We can do better, and those people deserve better.”

Castro crossed back into the U.S.  with 12 LGBTQ and disabled asylum seekers, asking border officials to expedite the review their cases, and exclude them from the program.

He said he’s still waiting on a decision to see if their plea was approved.

Castro could be making a last-minute attempt to raise poll rankings in time to qualify for the November debate, taking on a hot-button issue that has affected his home state.

A Castro spokeswoman said Monday, his campaign has raised the funds to qualify, and they are still waiting on the latest poll numbers.

Castro called on the Trump administration to end the MPP policy.

“If I’m elected president we will immediately on January 20 ,2021 end the MPP program, and ensure that people who want to make an asylum claim can make that claim and remain in the United States until that asylum claim is adjudicated,” said Castro.

FBI: Inmate is most prolific serial killer in US history