Judge Wolff: 'If it was up to me, there wouldn't be one constable left in this county'

Precinct 3 Constable Mark Vojvodich said he doesn't take the remarks personally or professionally as a threat. 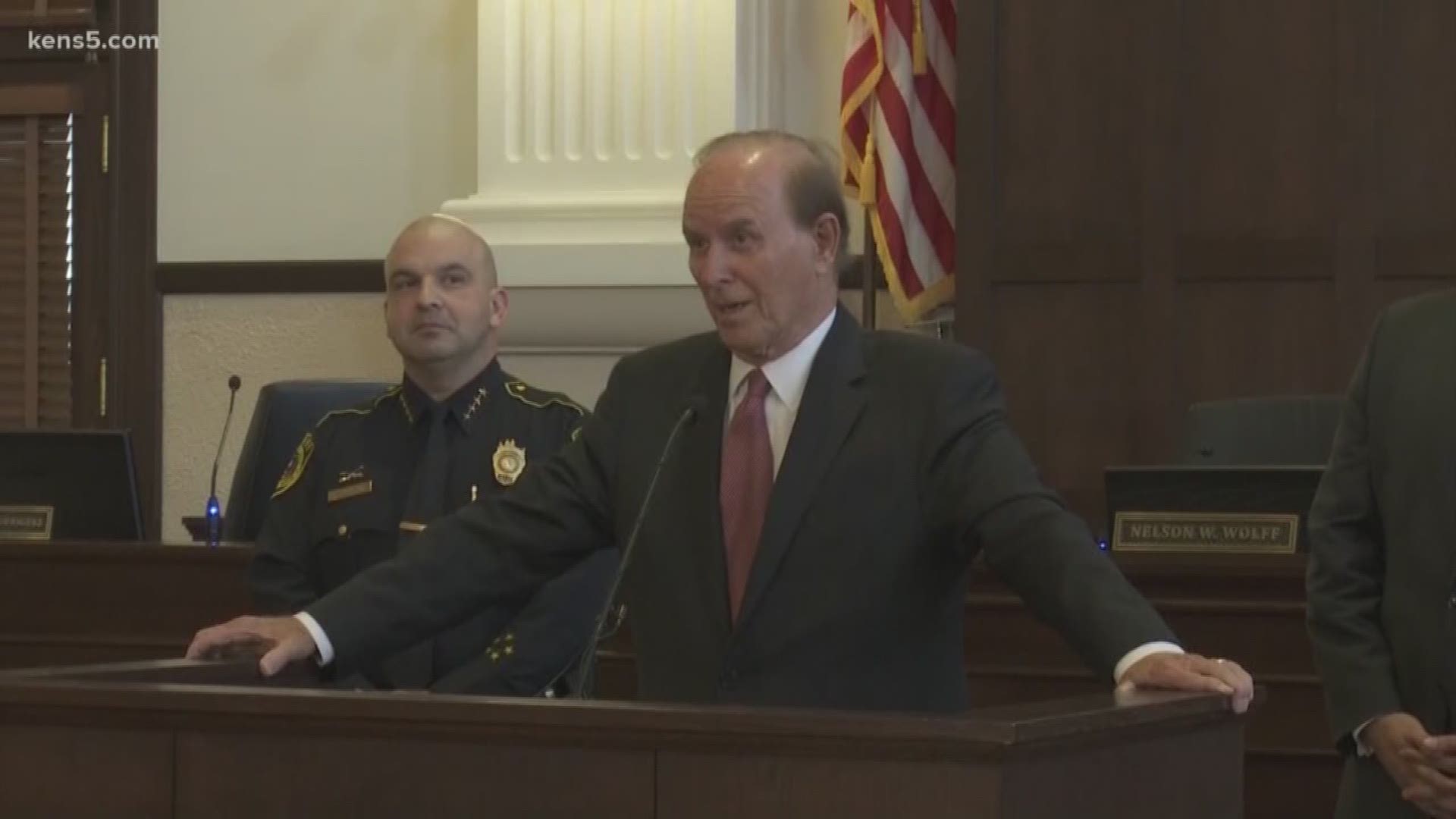 SAN ANTONIO — During a press conference Monday morning, Bexar County Judge Nelson Wolff said if it were up to him, he would get rid of all constables in Bexar County.

The conference was regarding the FBI and Texas Rangers raiding the Bexar County Precinct 2 Constable's office held by Michelle Barrientes Vela.

Precinct 3 Constable Mark Vojvodich said he doesn't take the remarks personally or professionally as a threat.

"Again, I think a lot of his commentary is frustration," he said. "No one in Bexar County wants to see a problem. Whether we see flooding, we don't take it out on the people who do flood control. If there is a county commissioner or a judge that is indicted somewhere in Texas, we don't go out and target the 600 that are doing their job every day, the best in the state."

Constables are licensed peace officers. They serve warrants and civil papers such as subpoenas. They also serve as bailiffs for justice of the peace court. Vojvodich said they also help by responding to emergency calls.

"If you were to abolish all constable's offices today, those positions would be taken up by somebody," Vojvodich said. "Sheriff salaries are approximately 47 percent higher than a constable's salary, so cost would go up. And you wouldn't have control that the community has now in the fact they elect the peace officer."

The constables office was created by the Texas Constitution. As for Barrientes Vela, she can keep her job during this whole process.

"The voters of Precinct 2 elected the Constable; she is an elected official. At this point, no one has been arrested, no has been indicted and no one has been convicted. She has the constitutional right to stay in office until some of these things happen, if they do happen," Wolff said.

RELATED: 'We’re not going to be messing with the Second Amendment in Hood County,' sheriff says

RELATED: 'He is a bad leader:' Candidates for sheriff weigh in after spate of erroneous releases