Johnson HS teacher confessed to having sex with student

The teacher reportedly admitted to investigators she had feelings for the teen. 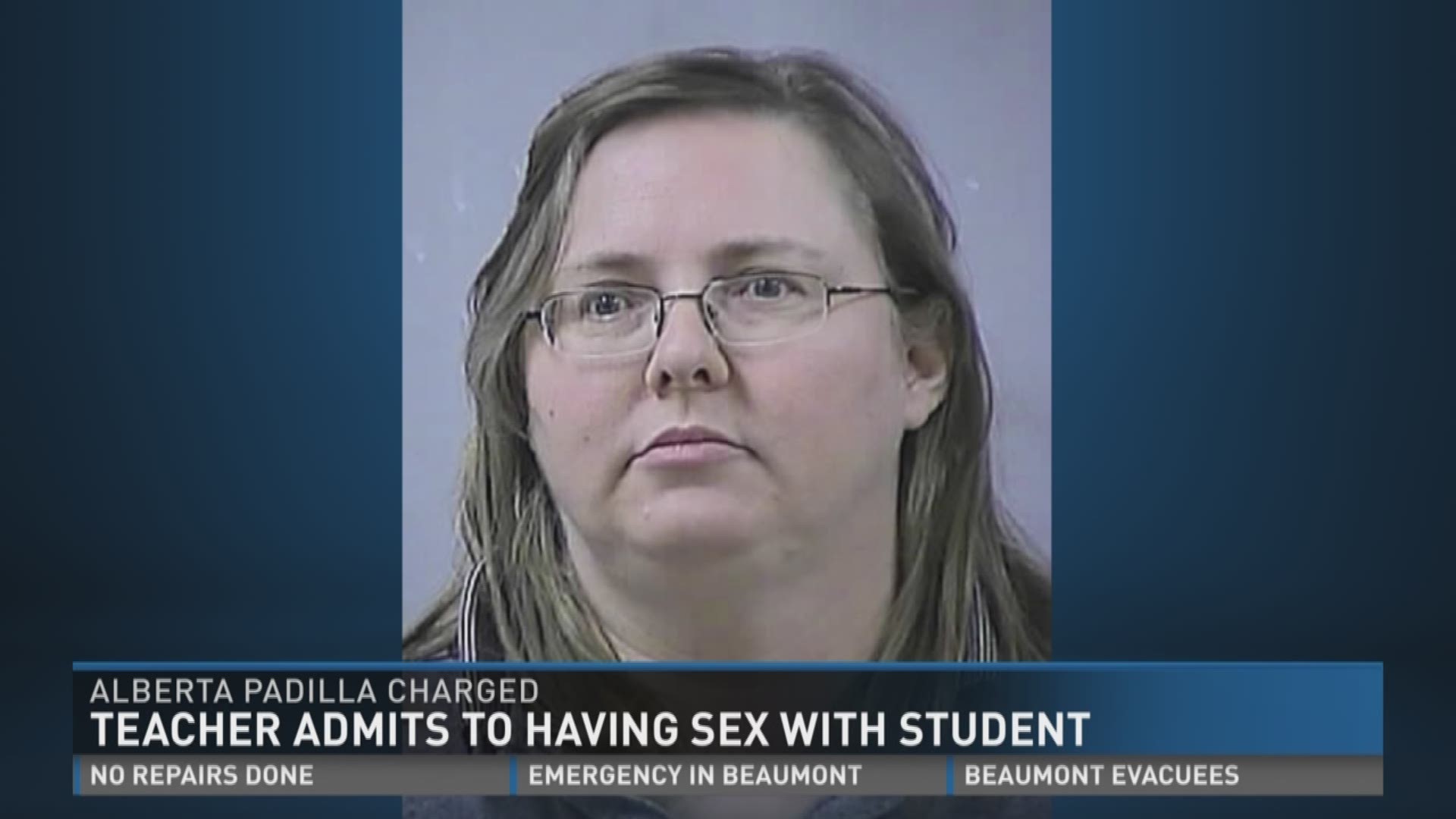 An affidavit obtained by KENS 5 shows a Johnson High School teacher is facing a felony charge after the 52-year-old admitted to having sexual intercourse many times with her 17-year-old student.

Alberta Fern Padilla admitted to investigators that she had sex with the 17-year-old male student ‘approximately 15 to 20 times’ over the last year.

The North East Independent School District teacher allegedly told investigators their last sexual encounter was during the week of August 20 - 26 of 2017.

The affidavit shows that Padilla told police she ‘began to develop feelings for the victim’ in June of 2016 when she started tutoring him.

The alleged relationship progressed to Padilla providing ‘shelter/lodging, food, and clothing’ for the teen in her apartment.

Padilla admitted to having sexual intercourse with the student at a public park located off West Avenue. She also told investigators they had sex in her apartment many times while her own teen daughter was away.

The affidavit shows the 17-year-old student told investigators that he lived in his 52-year-old teacher’s apartment ‘off and on’ since June of 2016.

He also backed up Padilla’s claim that she provided him with life’s essentials, in addition to a cell phone.

The teen also admitted that the two engaged in sexual intercourse.

Padilla’s teen daughter told investigators that the 17-year-old student had been living in the apartment with her mom and would either sleep in the bed with the teacher or on the couch.

She also said her mom provided the teen with an LG cellular phone.

Her daughter said she suspected something was going on and told her older sisters about it.

On August 25, Padilla called one of her older daughters who was with the teen daughter at the time. The teen daughter recorded the conversation with her cell phone where her mother is reportedly heard attempting to intimidate her daughters to not report the improper relationship to authorities.

Padilla is now facing the felony charge of Improper Relationship between an Educator and Student.