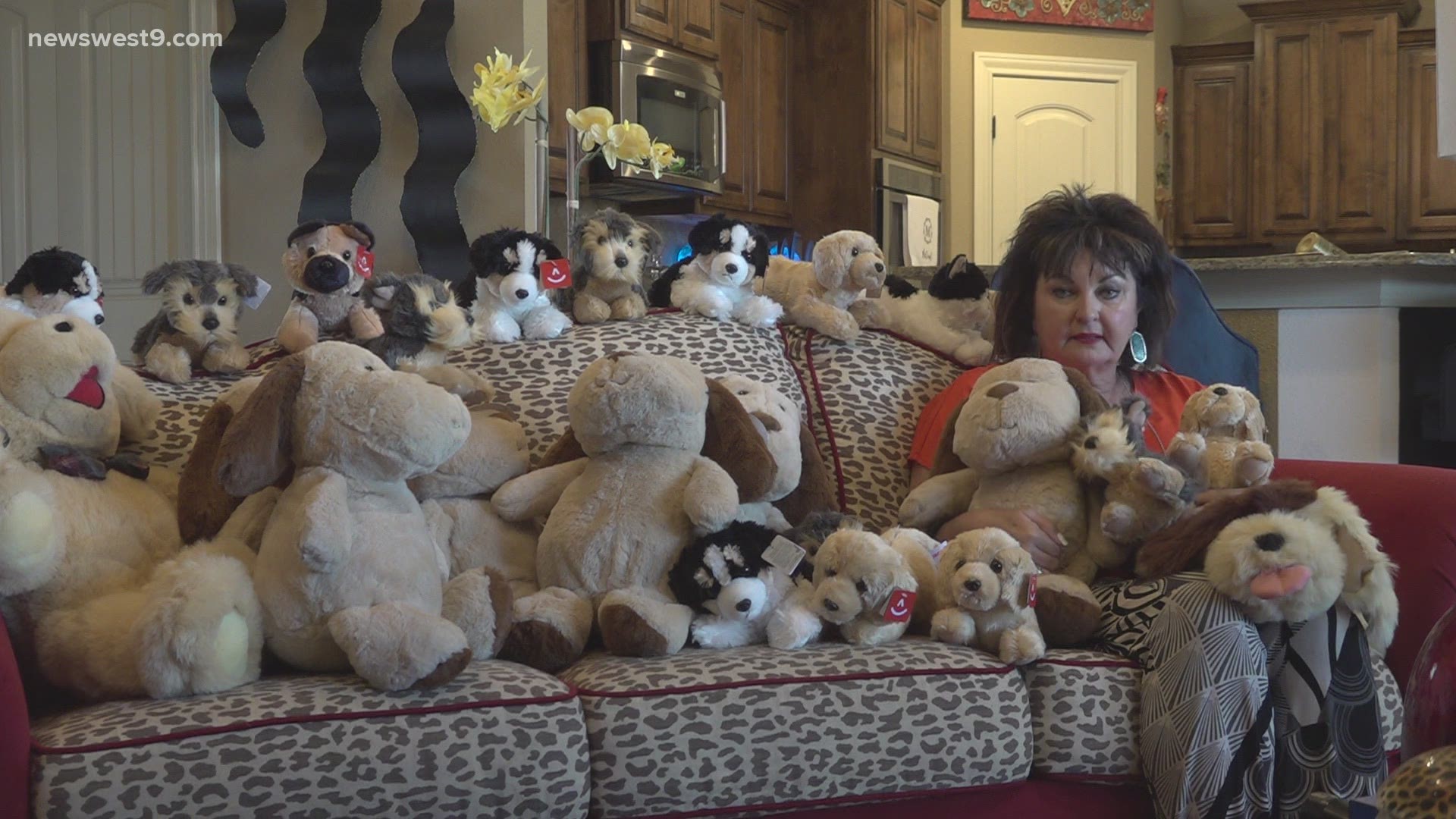 MIDLAND, Texas — Jerry's Puppies is another project partnering alongside with Angie's Babies. Mary McCourt, co-founder of Angie's Babies started this project that is collecting plush puppies to donate to men in nursing homes with Alzheimer's on Father's Day.

"This is just a couch full of unconditional love," says Mary McCourt as she sits on her couch surrounded by some furry, plush puppies. These puppies will soon become someone's new furry friend. They've all been donated to Mary's new project to honor someone close to her.

"My dad Jerry Wright loved his puppies especially in the early beginning of Alzheimer's when there's a lot of strain on the family because you don't really know what's going on," says McCourt.

Jerry Wright, Mary's father, died from Alzheimer's died from the disease in 2017. After being diagnosed in 2003, she was always there for her dad but noticed in nursing homes not everyone could say the same.

"They'll be a lot of people that don't pay attention to their dads in nursing homes on Father's Day and we don't want them to feel like they're forgotten," she says.

Which is why Mary decided to start, Jerry's Puppies. A project bringing joy to men on Father's Day as they receive a new plush puppy.

"Well he had his three puppies with him all the time and I just thought man he loves them more than me. They were little mutts he had Blackie, Sissy and Sparky and he just took these dogs with him everywhere.

With more than five million Americans suffering from Alzheimer's, she hopes these puppies can be there for someone like they were there for her dad.

"One of these puppies whether it be a Schnauzer or a Lab or any of the cute Aussies, the German Shepard. It could trigger a memory they had maybe when they were small and they had that favorite pet and it's also something they can hold close to them and sleep with them and give them just some type of feeling of love and companionship," says McCourt.

With this great act of love and service, Mary knows her dad is proud.

"If it touches one person if it makes a difference in one persons life than it's worth it. I hope he's proud and he knows I'm trying to still do good through the heartbreak of Alzheimer's."