WFAA found lab errors across the country and an accreditation process shrouded in secrecy. 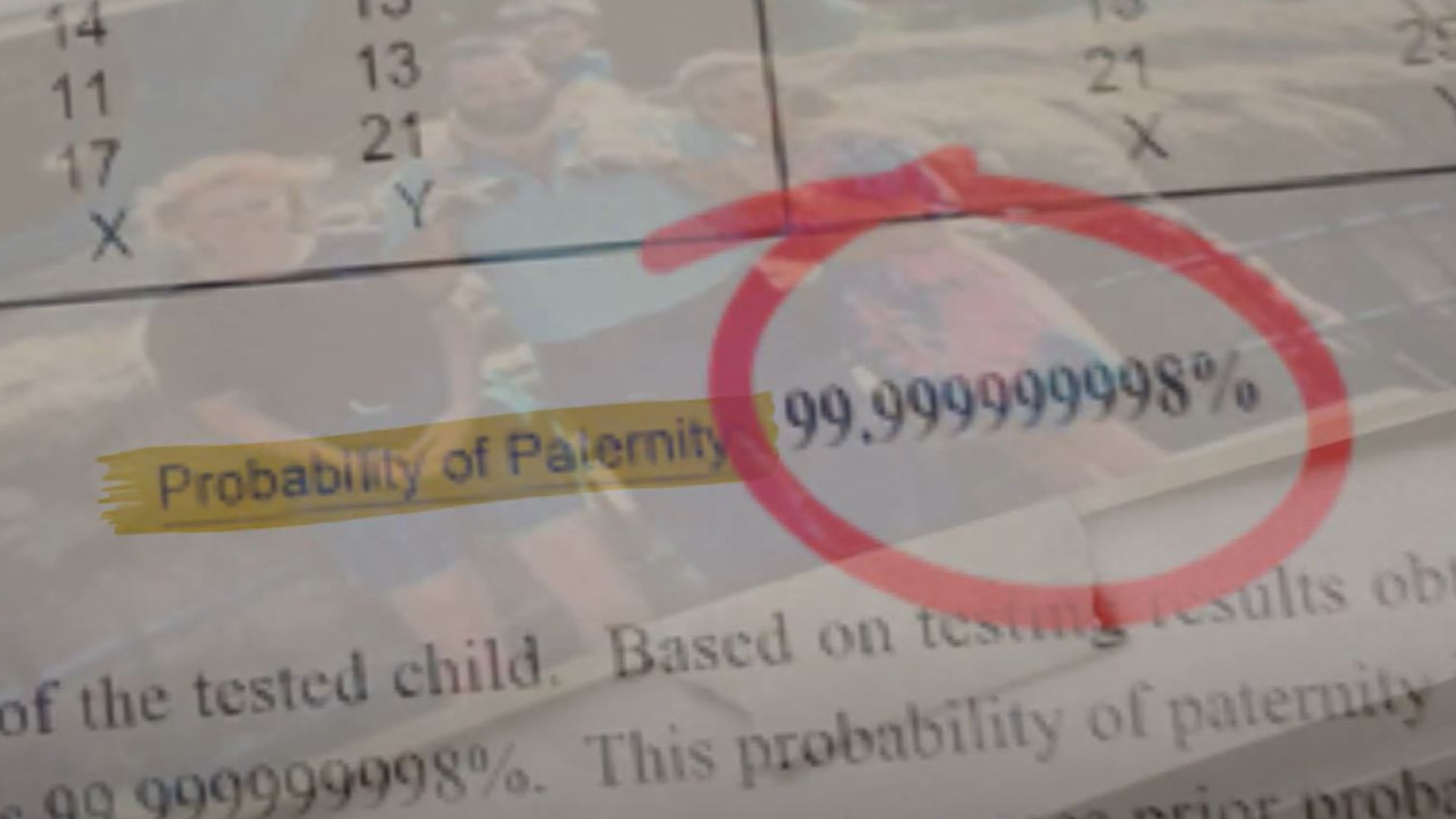 DALLAS — We rely on DNA testing to prove paternity, innocence and guilt. DNA tests are even used to save lives by detecting diseases early.

“It broke my heart, you know," Wilson said. "I lost my dad and my best friend."

Until the age of 12, Wilson and his assumed-to-be father, Robert, were close. But that all changed in 2001.

A Tarrant County judge ordered a test in order to establish paternity as part of Wilson’s parents’ custody battle.

To the family's surprise, the DNA test results showed there was a zero-percent chance that Robert was Wilson’s father. The news shattered their close father-son relationship.

“It was like one day he had a dad, and the next day he didn't,” said Teresa Shield, Matthew’s mother.

Shield says she spent years unable to answer questions from Wilson about who his father was.

“He was so confused," Shield said. "He was 12 years old and I blamed myself for so many years over this."

That is, until last year.

“My granddaughter did an ancestry test because she wanted to know if she was Scottish,” Shield said.

Her granddaughter’s at-home DNA kit revealed a genetic link between the family and Robert, the same man that a DNA test 20 years prior said was not a family member.

“I couldn't believe it," Shield said. "I remember sitting there at the computer looking at it forever. For the longest time I was like, ‘How could this be? Could this even be right?’”

A second paternity test in 2019 from a different lab confirmed with 99.9% certainty that Robert was indeed Wilson’s father all along. But by then, 20 years had passed and the damage was done.

“I wish I could've gotten to grow up with a father but I didn't," Wilson said. "They took that from me."

The family is suing the two companies involved in the original 2001 DNA test, Bio-Synthesis, Inc. and DNA Testing Centre.

In court filings, the family alleges the two companies that took their DNA samples and analyzed them were "negligent in obtaining, labeling, handling, testing, and reporting tests results."

Bio-Synthesis, Inc. declined our requests for an interview, through their attorney. DNA Testing Centre did not return calls or emails seeking comment.

In court filings, the attorney representing Bio-Synthesis, a Lewisville-based lab, said "there is no evidence that Bio-Synthesis was negligent."

According to a DNA expert affidavit filed in the lawsuit, the genetic profiles from the 2001 and 2019 paternity tests are entirely different. Experts say this suggests the family’s samples could have been mixed up with another unsuspecting family's samples.

“It breaks my heart to think that," Shield said. "I hope that that's not true because I know what we went through as a family."

But without help from the labs involved, we'll likely never know what happened inside Bio-Synthesis and DNA Testing Centre.

WFAA wanted to learn more about the labs involved in the case. But the investigation found that getting any information, such as inspection reports on labs that conduct DNA testing, is nearly impossible.

DNA testing labs aren't inspected by the government. They're inspected by private accrediting organizations which means they're allowed to keep their inspection reports private.

A 2006 report from the U.S. Government Accountability Office found that oversight of U.S. labs was not sufficient to ensure the facilities were meeting federal regulations.

Bottom line: the doctors and patients who use DNA labs have no way of knowing when mistakes are made. But mistakes do happen.

“I didn't know what to think —  I just thought science is science," said McLaws, who received an inaccurate paternity test result in Oregon from a different lab. "We don't question it, but then, guess what? Tests get mixed up.”

Michelle Terry in Tennessee also got faulty test results from a lab.

“It was just a nightmare," Terry said. "I looked at my little girl and was like ‘Wow, how am I going to explain to you when you get older that he is your dad but the DNA tests say he's not your dad?'" Terry said.

“Anyone that does laboratory science like I do knows you screw up," said Dr. Laurence Mueller, a professor of evolutionary biology at the University of California Irvine. "I mean, everyone screws up from time to time."

Mueller has been tracking lab errors in DNA cases for years.

“I think they're much more common than people think," he said. "It’s usually a failure of the humans involved in this technology. They do things like mislabel samples, or switch samples or contaminate samples."

There is no way to quantify how many errors there are each year.

But the American Association for Clinical Chemistry estimates 13 billion lab tests are performed each year in the U.S., so even a conservative error rate of just 0.005% amounts to 650,000 botched tests each year, or 650,000 father-son relationships that could've been.