Joint Base San Antonio has been conducting inspections in the more than 8,000 dorms within its facilities. 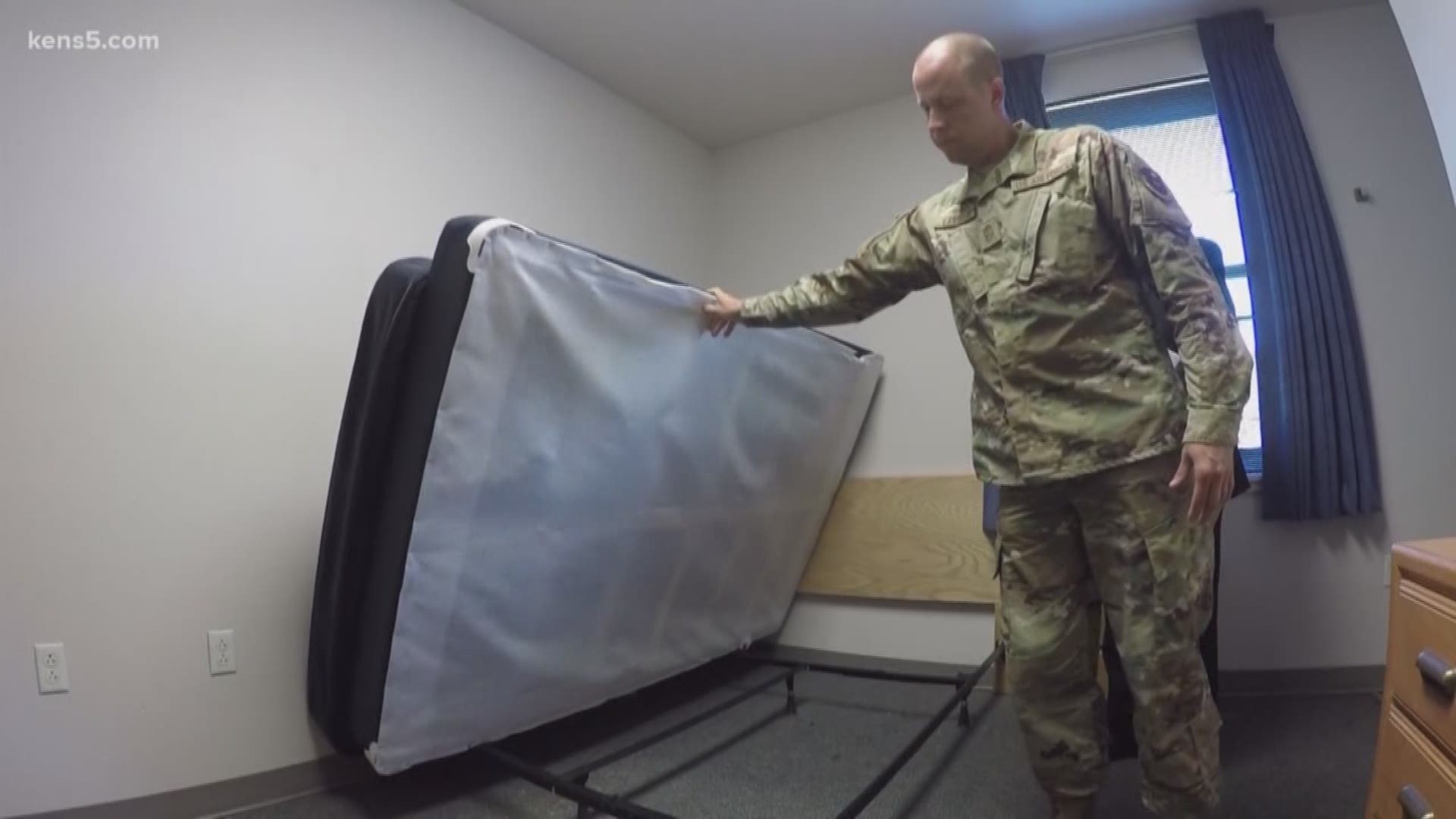 SAN ANTONIO — Work is underway to clean up more than 1,300 mold-infested dorms within Joint Base San Antonio. JBSA has been conducting inspections in the more than 8,000 dorms within its facilities.

"We've always known there's a problem with infrastructure and mold in JBSA," Brig. Gen. Laura Lenderman said.  "What we didn't know was the extent of the problem."

But thanks to social media, Joint Base San Antonio learned just how bad the mold problem was. Picture surfaced on social media pages showed what appeared to be mold on mattresses, doors and even a videogame controller.

"These facilities are fundamental to the readiness of our military and our nation, and we must do everything we can to eradicate it so we can move forward and not come back to this situation," said Brig. Gen. Lenderman, JBSA's commander.

Crews have spent the last few days eradicating the issue. JBSA said about 500 people were moved from their room as crews treat the dorms with a mold solution, replace the flooring, and add fans and dehumidifiers to prevent any future growth.

"Exhaust fans, dehumidifiers, ceiling fans—those are things that we're going to do in addition to taking the steps to remediate the mold quickly," said Richard Trevino, director of the 502nd Civil Engineer Group.

As for the health risks, medical personnel at Joint Base San Antonio say mold exposure often manifests in allergy-like symptoms, including watery eyes and runny noses. JBSA said it had seen about 10 people with minor allergic-like symptoms.

Officials are encouraging residents to continue to come forward, and has now created a webpage just for those concerned or affected by the mold.

"I need to rebuild the trust and I want to make sure we have transparency so we can eradicate this issue," Lenderman said.