An entomologist told KENS 5 you'll mostly spot the crickets around places that are open all day or shopping centers that have to keep their lights on. 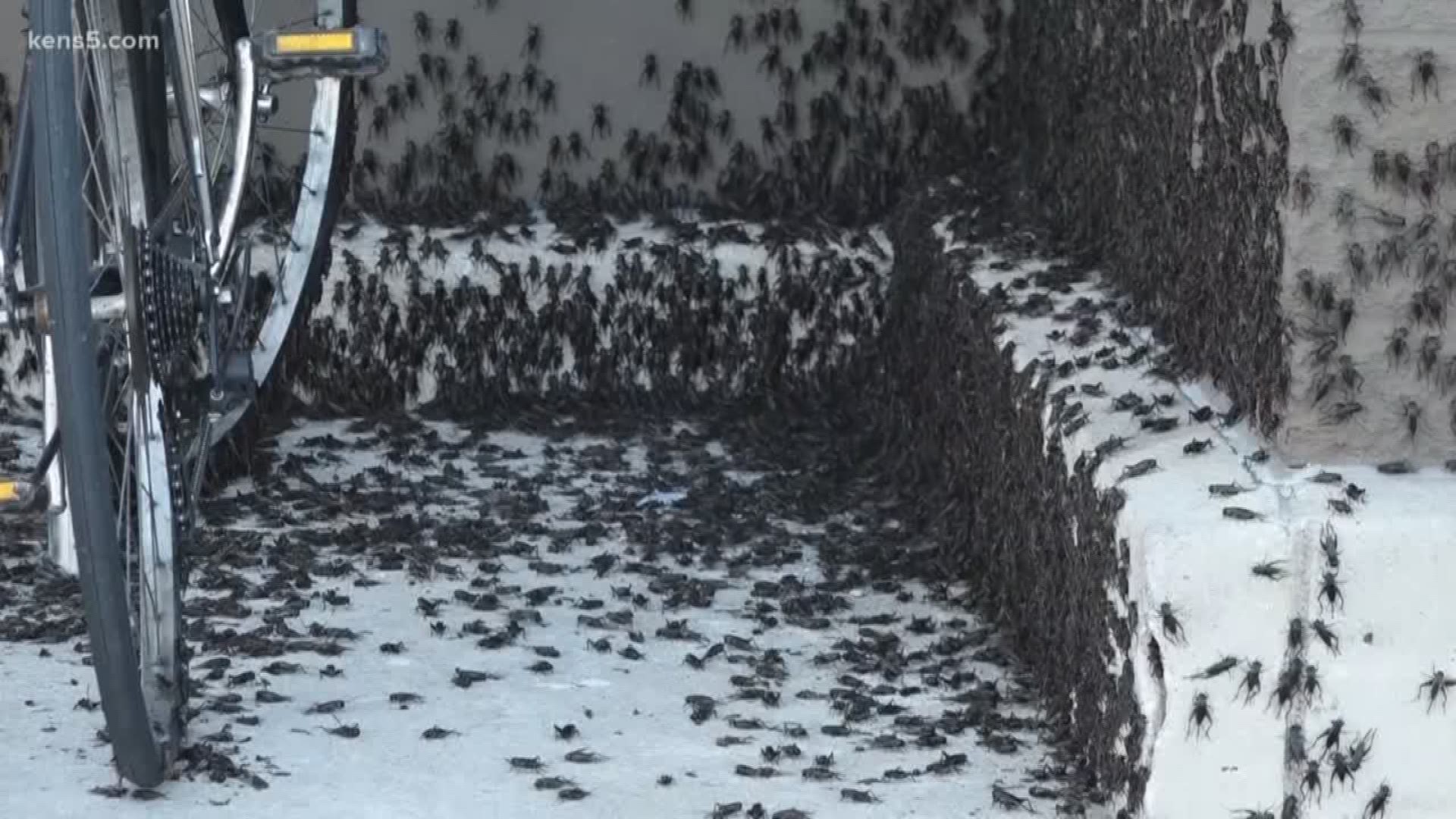 It's not very often, a self described bug lady spends the day fielding multiple calls, but on Tuesday, Molly Keck 's phone wouldn't stop ringing because of what was chirping outside.

"I think the last time we saw it was in 2012, that I can remember huge numbers like this," Keck, an entomologist for Texas A&M Agrilife Extension, told KENS 5.

The numbers or the reactions don't lie. People outside of the Target in Balcones Heights could not hide their disgust.

"Gross," one lady laughed as she walked by. "Oh my God," another mumbled under her breath.

What many want to know is, why?

"When we have a really dry summer that decreases the amount of fungus in the soil which will kill the eggs," Keck said. "So when its really dry, [the crickets] all survive, so the population is larger. Then when we have a rain that interrupts that dry season and then cooler temperatures, then the population will just explode.

"So we had the perfect combination of all those things and that's what we're seeing right now."

Keck said you'll mostly spot the critters around places that are open 24/7 or shopping centers that have to keep their lights on.

Her best advice? "If you can cut your lights off earlier in the day that will prevent them from swarming those areas," she said.

You may want to do that sooner rather than later because that might be here for a while.

As for pesticides, Keck said it will certainly kill them off, but then you'll have a pile of insects, and that is something she said you do not want to smell.

RELATED: These flying invaders leave a sticky waste and they're driving homeowners crazy

RELATED: Why do some people get bit by mosquitoes more than others?

RELATED: Woman's stinging pain turns out to be 4 bees inside her eye

RELATED: Cricket pizza? It’s a delicious meal for this woman who eats insects