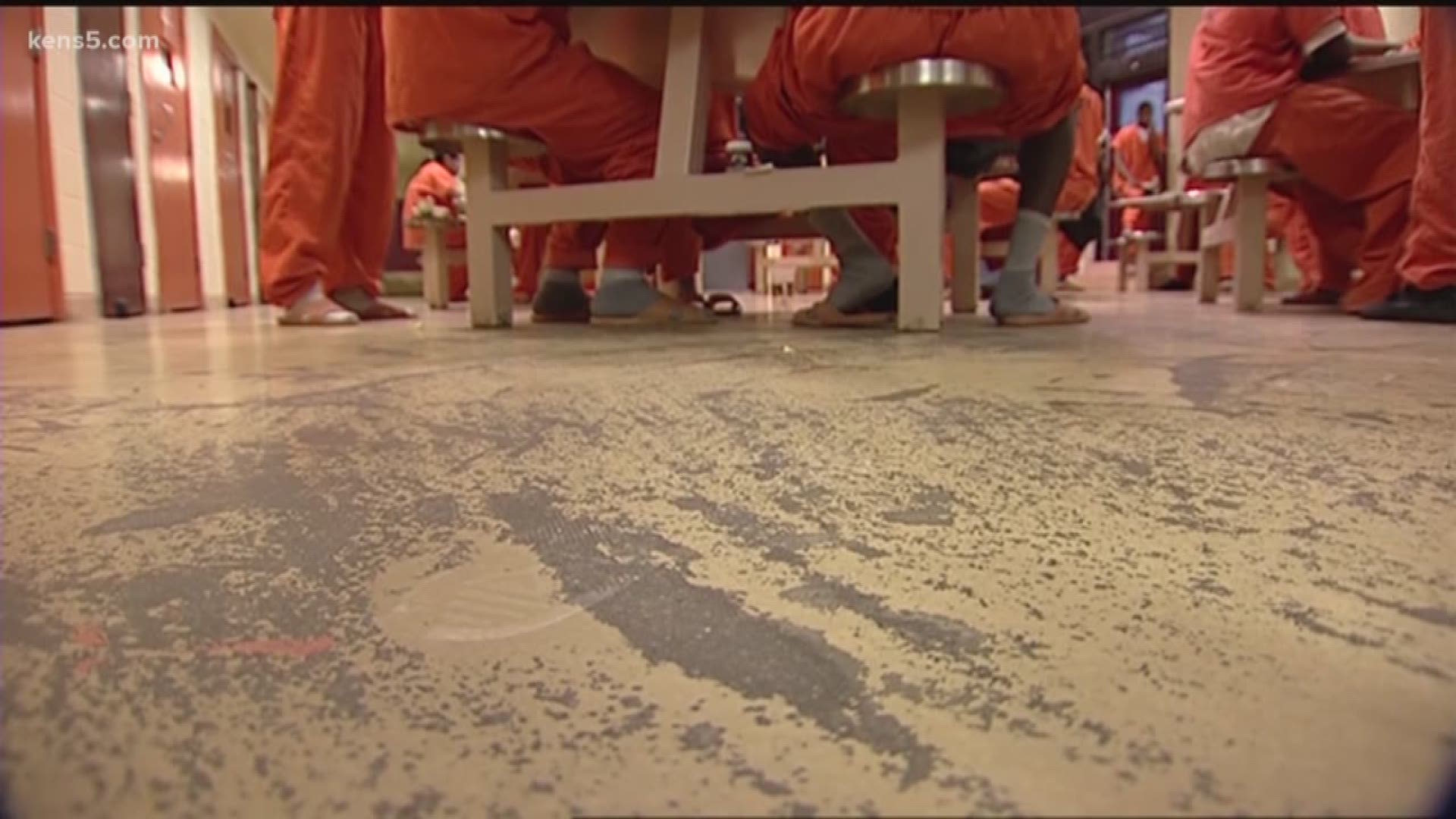 SAN ANTONIO — A man suspected of murdering another inmate inside the Bexar County Adult Detention Center has been charged with capital murder.

Shadrick Van Anthony Buckley was already in jail for a murder charge and was being held in the maximum security area of the detention center after an alleged assault of a sheriff's deputy.

According to the sheriff's office, a deputy at the jail discovered blood underneath Buckley's cell door around 1:28 p.m. Thursday and opened the cell to investigate.

Inside, he found Buckley's cellmate unresponsive with facial injuries; Buckley was in his bunk and appeared to be asleep. The deputy took him into custody and began to administer first aid on the inmate. He was pronounced dead at 1:47 p.m. Thursday.

The victim was identified Friday as 29-year-old Alexander Wise. According to the Medical Examiner's Office, his official cause of death was blunt force injuries to the head and neck.

Speaking to reporters Thursday, Sheriff Javier Salazar said it appeared Wise was a former member of the Aryan Brotherhood gang. He was in jail on fraud and theft charges but had been moved to the maximum security section of the jail after his role in a violent disturbance at the jail earlier Thursday.

Salazar said the Texas Rangers are leading the ongoing investigation in accordance with the Sandra Bland Act. It's standard policy in jails across the country not to place anyone who has ever belonged to a white supremacist group in a cell with an African-American.

Salazar told reporters that one of the "things exacerbating the situation" around the jail is an increasingly violent inmate population and having to constantly transport inmates around the facility.

The BCSO jail facility was found to be out of compliance with state standards after a multi-day inspection revealed several problems.

Maleah Davis: Timeline in the disappearance of 4-year-old Houston girl

No license required: Saturday is Free Fishing Day in Texas