Huge step in HIV fight is happening in San Antonio 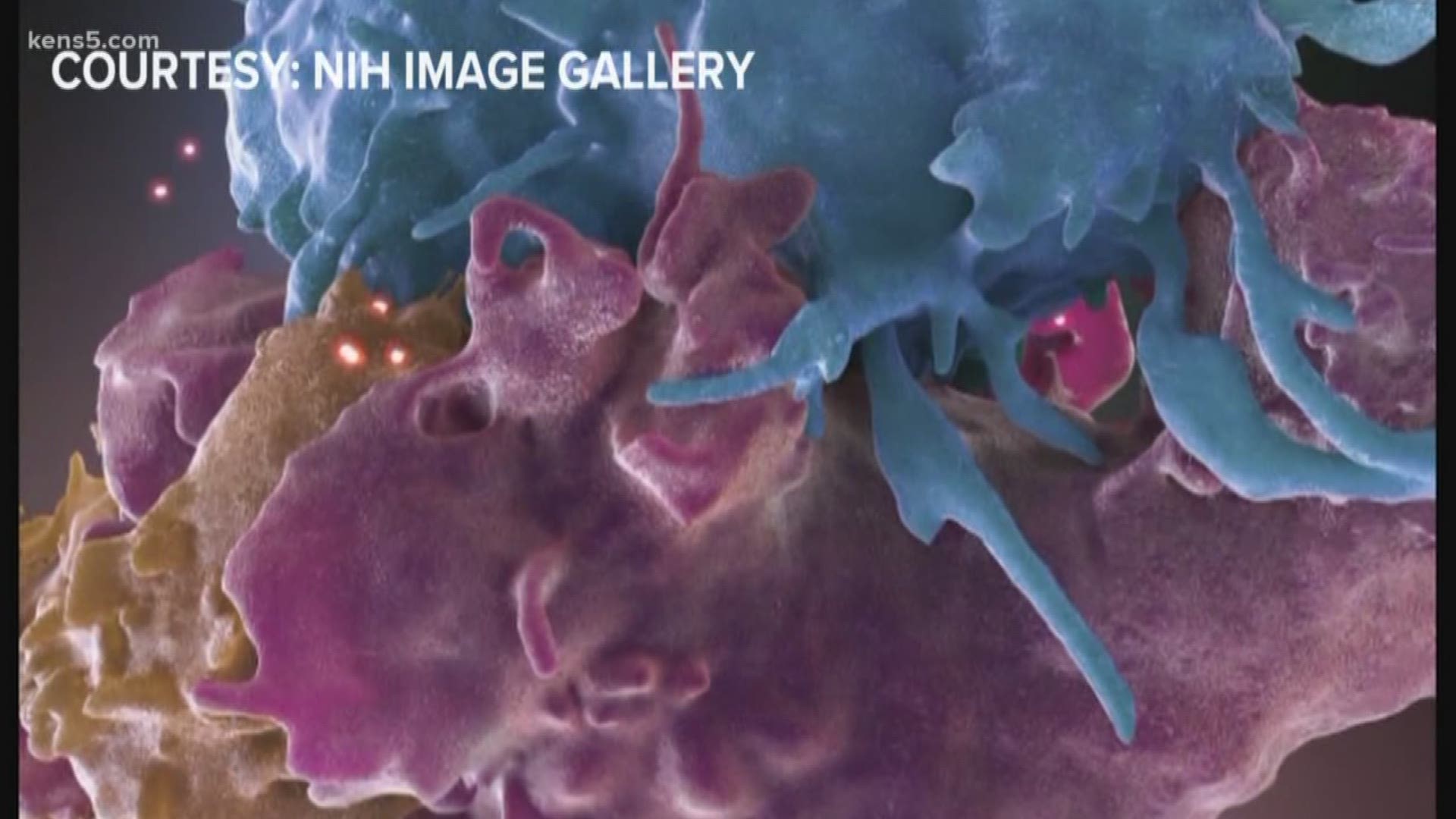 A huge step forward in the fight against HIV is happening in San Antonio.

The National Institutes of Health has awarded over $8 million to the Texas Biomedical Research Institute to collaborate with a company in Switzerland to study a vaccine to protect against HIV.

"The ultimate goal is to give this, especially in the developing world as a needle-free vaccine, that can be given through mucosal routes without injections," said Dr. Ruth Ruprecht from Texas Biomed.

Not only would this new vaccine be needle-free, but in a powdered form would not need refrigeration. Dr. Ruprecht said this "makes the new vaccine attractive for the developing world where AIDS is at epidemic levels."

Right now the task is to test this vaccine in non-human primates. The reason those animals need to be used is simple. Dr. Ruprecht said, "We need to have an animal model that replicates the biology of HIV transmission and progression in people."

An HIV virion attaches to this host cell initially by connecting to a CD4 receptor. From there, it makes its way into the cell, pulling the viral and cellular membranes together, fusing them and allowing the virus to replicate.

This vaccine aims to attack the part of the virion called the envelope so it never has the chance to latch on to the cell in the first place. Dr. Ruprecht added, "We will translate a very promising vaccine concept within five years into a clinical trial."

With successful clinical trials, this new concept vaccine delivered to people around the world, putting an end the spread of HIV and AIDS.