Houston police said four children were on the school bus at the time of the crash and are all OK. 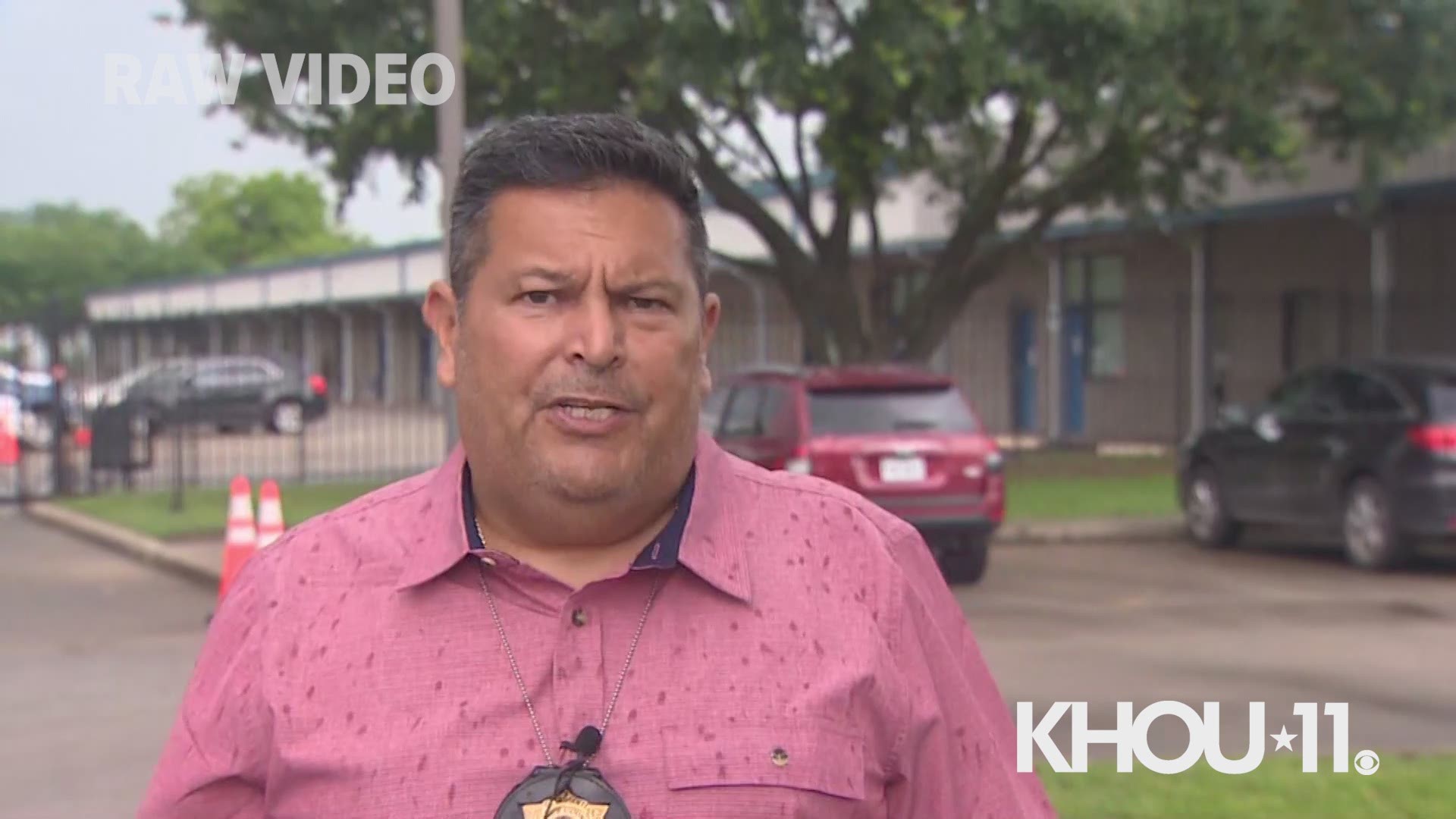 HOUSTON — A man accused of stealing a bus under contract by the Harris County Sheriff's Office and then crashing the vehicle into a school bus at YES Prep Academy has been arrested, according to the Houston Police Department.

It all started outside the HCSO facility at 701 N. San Jacinto St. about 8 a.m. Monday.

Rivera said HCSO has a contract with a third-party company that owns the bus, which takes HCSO employees from a nearby parking lot to the facility. He also said the vehicle is fitted with a tracking device.

Moments later, police received a call about a man driving a bus onto the Yes Prep Academy campus in the 2200 block of Jensen and crashing into the back of a school bus.

According to HPD, at least four children were on the school bus at the time of the crash. HPD Sgt. Derrick Terrell said three of the of kids were taken to the hospital to be evaluated, but besides being shaken up, they're doing OK.

Terrell said the suspect remained outside. He was quickly arrested by nearby officers.

It's still unclear what the suspect's motivation was for stealing the bus or why he went to the school.

The case is still under investigation.