The group spotted a ladder on a passing pick, flagged down the driver, then climbed down to help. 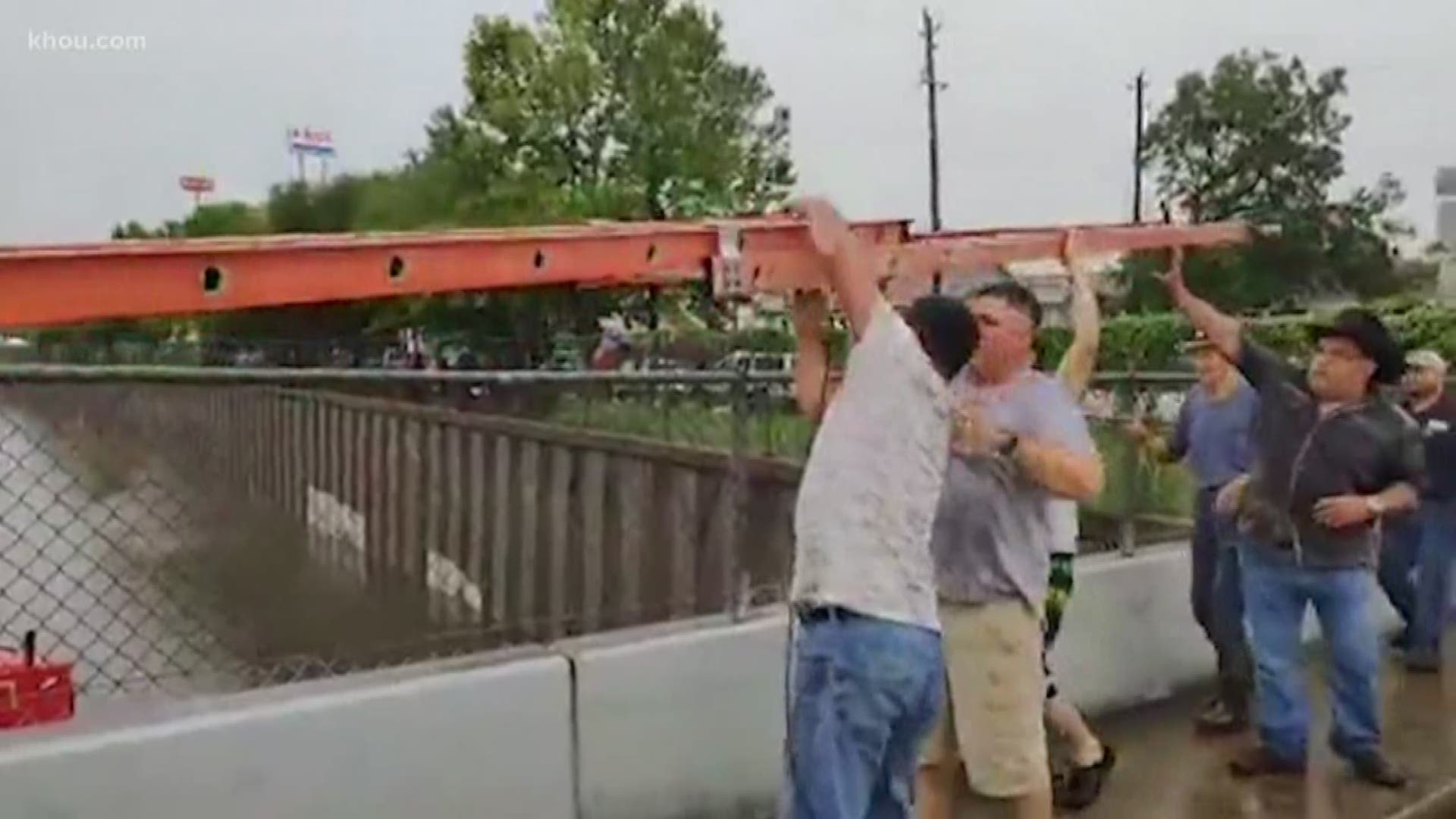 HOUSTON — On Thursday afternoon, rush hour on the city’s North Freeway was its typical gridlock. It was quickly rising water that put people into a panic. In the bumper to bumper, inbound lanes stuck drivers had nowhere to go.

Near the North Main Street overpass, stranded in a figurative bowl, drivers and several young passengers found refuge on the flatbed trailer of an 18-wheeler.

It was Houstonian Heroes from above who wrangled a way to their rescue. The group, from the Cottage Street overpass, spotted a ladder on a passing pickup and flagged down the driver.

A video posted on Facebook captured the rescuers as they slid the ladder over the side of the bridge. Strangers, so worried about strangers they carried out their own rescue.

Among the rescuers, a neighbor named Fabian who said, "They had been there a little longer, walking through all that swamp and stuff, water moccasins and stuff. Better to save them and help them out."

The flooding on the North Freeway left a clutter of flooded cars, though we’ve yet to hear a story of anyone being hurt there.