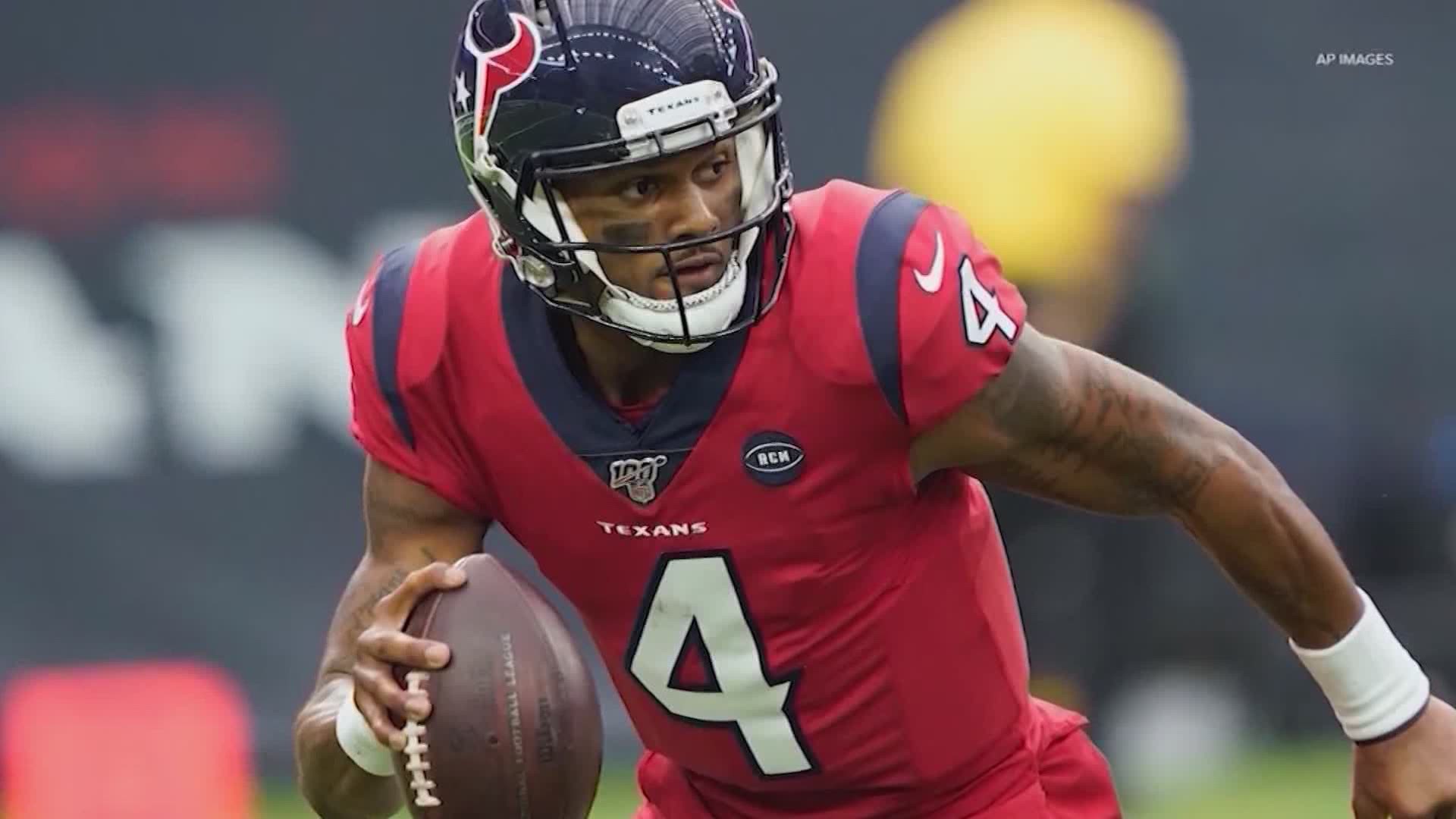 HOUSTON — A complaint against Deshaun Watson has been filed with the Houston Police Department and they've launched an investigation.

No charges have been filed so HPD isn’t releasing any information beyond a statement on Twitter.

It’s the first official complaint HPD has received after 22 women filed lawsuits against the Houston Texans quarterback, alleging sexual misconduct or sexual assault. They are being represented by Houston attorney Tony Buzbee.

"We welcome this long overdue development. Now we will learn the identity of at least one accuser," Watson attorney Rusty Hardin said. "We will fully cooperate with the Houston Police Department."

"Make no mistake, today things changed, this case is no longer about money, now it's going to be about truth," KHOU11 Legal Analyst Carmen Roe said. She said she expects to see law enforcement drilling down on the facts.

Realistically, she said it could be months before we hear from law enforcement.

Buzbee confirmed that the complaint was filed Friday morning, but that he was not involved.

“I can confirm from the reports that I have received that HPD personnel were extremely professional, thorough and compassionate.”

Buzbee also confirmed that more criminal complaints would follow in Houston and other jurisdictions.

“I will let the authorities do their job and I will continue to do mine, on behalf of these courageous women,” he said.

Credit: KHOU
Buzbee confirmed that the complaint was filed Friday morning, but that he was not involved.

Buzbee also confirmed that he filed a 22nd case against Watson on Friday.

Hardin had criticized Buzbee, who initially vowed to turn over evidence to HPD but later changed his mind saying he didn’t trust them to be fair. Hardin called it "his lamest excuse."

RELATED: Deshaun Watson was 'professional,' 'polite' during massages, according to statements from 18 massage therapists

The defense attorney released 18 statements earlier this week from named licensed massage therapists who defended Watson, saying he’d never been anything but “professional” and “polite.” One of the women called the allegations against Watson “ludicrous.”

The women suing Watson, mostly massage therapists who advertised on Instagram, have remained anonymous.  Many say they've suffered emotional distress, anxiety and panic attacks, according to the lawsuits.

The NFL is investigating the allegations.