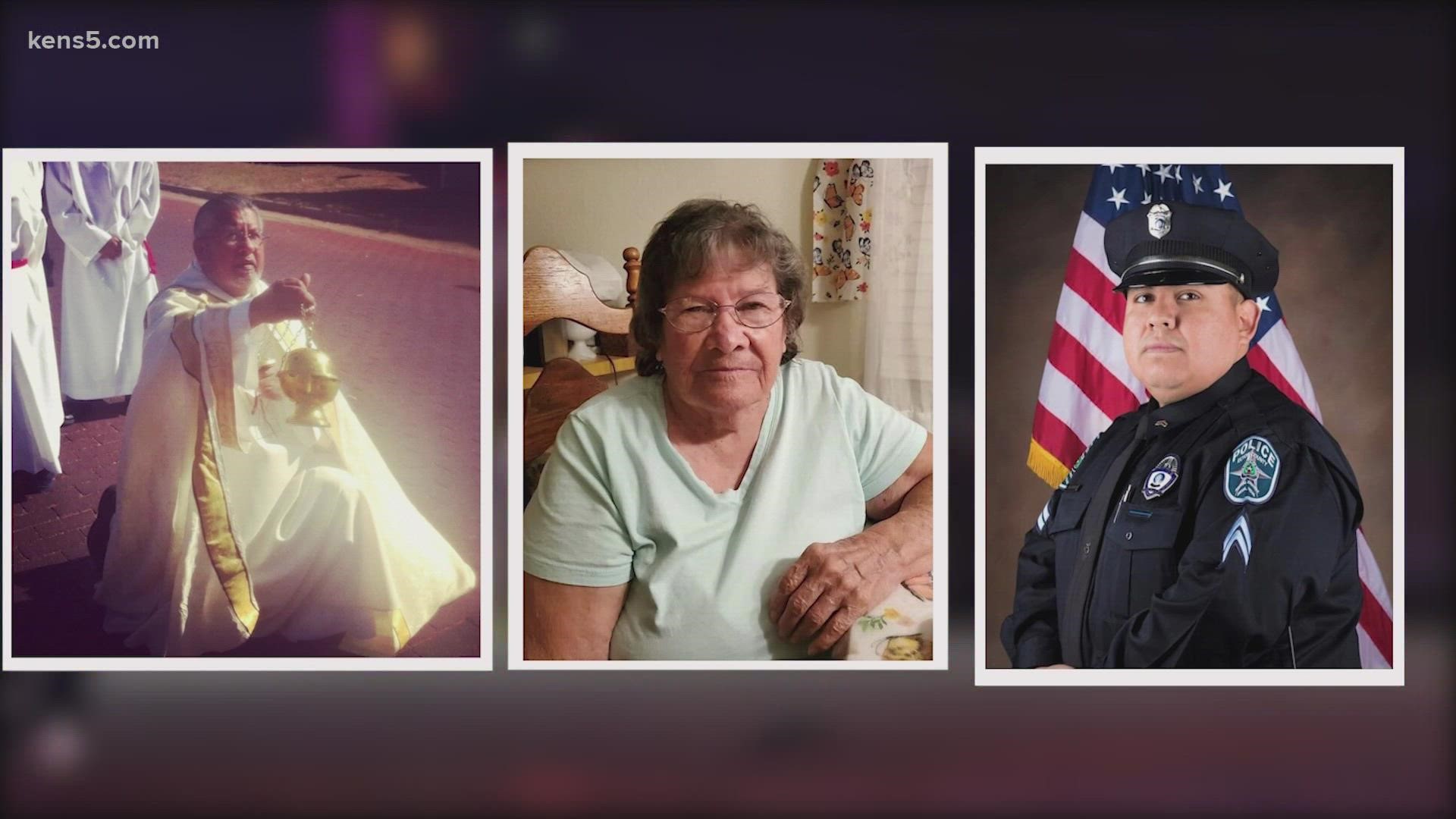 SAN ANTONIO — A night of celebration ends in tragedy.  Three family members from West Texas were killed in a crash in San Antonio. Among them: a deacon, police sergeant, and loving grandmother.  A fourth person in the car was the only survivor.

A 17-year-old teen driver is accused of running a red light and hitting the family over the weekend at 1604 and Culebra Road early Sunday morning.  They had just left the 'Los Bukis' concert.

Family member Santos Uvalle IV recalled the phone call he got over the weekend with the tragic news. It was his uncle, cousin, and grandmother that were killed.

"When you get that phone call at 5, 5:30 in the morning it pulls the breath out of you," he said. Just one death is tragic, but when it is three at once."

"It is horrible tragedy," Santos said.

Daniel Valenzuela Senior was a Catholic Church Deacon. His son Daniel Valenzuela Jr. was a police officer for a hospital district in Odessa.  Grandmother Andrea Uvalle was 84-years-old. She was well known for making cascarones in her community.

"That's how everyone knew her in Lamesa," Santos said. I have seen the posts Easter won't be the same, because she was the Easter egg lady."

He said his grandmother beat COVID earlier this year. He said seeing 'Los Bukis' meant everything to her.

"For my grandma it was one of those bucket list things," he said.

Survivor Mayte Meza was taken to the hospital. She had injuries to her arms and legs.   As for the 17-year-old teen suspect, police believe Montalvo may have been intoxicated. He is facing several serious charges including intoxication manslaughter. He is being held on a $700,000 bond.

The family is raising funds for funeral expenses.