"They can have her in some house close-by just inside and strapped up," the teen's father said. "That goes through my mind because I haven’t heard a word." 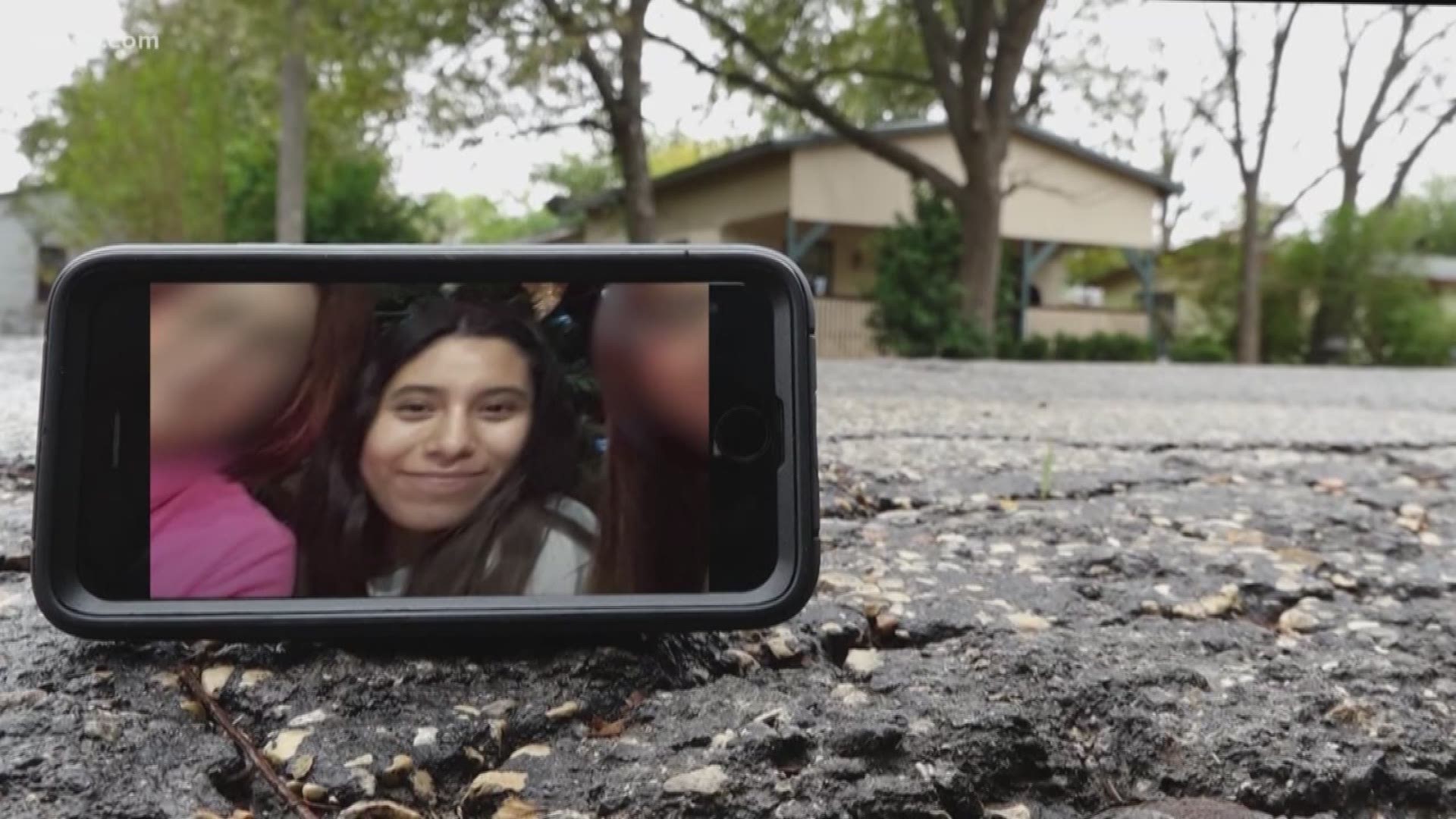 Standing just feet from the doors of the Hondo Police Department can still make you feel dozens of miles away, as the department continues to decline on-camera media interviews when it comes to the Eva Garcia case.

"I wish I knew I wish I had some more answers," Garcia's Dad, Robert told KENS 5 on Sunday night.

On October 16, 14-year-old Eva Garcia got into an argument with her dad after breaking curfew. Robert took her phone away and when he awoke later that morning she was gone and considered a runaway.

An Amber Alert was issued nearly a month later and then cancelled in less than 48 hours.

"I had a lot of family members calling me because they thought she was found because they discontinued it," Robert said.

But that wasn’t the case.

Though police wouldn’t talk on-camera, over the phone they told KENS 5 they canceled the Amber Alert because they felt the information was out there and claimed they were receiving complaints from people in town about the alerts regularly setting off their phone.

"Dang," Romo reacted when we shared that news.  "People are mean nowadays."

"It’s a missing girl people should look for her, family is probably worried sick. I just feel sad."

Her family is sad as well because they haven’t heard from her and are thinking the worse.

"As far as I know they can have her in some house close-by just inside and strapped up," Robert said.

"All that goes through my mind because I haven’t heard a word."

Hondo Police tell me the only lead they got from the Amber Alert was a tip that she may be talking to some students in the San Antonio area.
Though they wouldn’t tell us which school district it is, Hondo says they are working with SAPD on the matter.

If you of course have any information you are encouraged to contact police. Hondo police said Monday the reward for information about Garcia has been increased to $1,000.

RELATED: Father of missing Hondo teen wants another Amber Alert: 'I am not giving up'

RELATED: Why did it take a month to issue an Amber Alert for a Hondo teen?