A doll that once could be seen as putting girls in a box is celebrating diversity, inclusion and dreaming big. 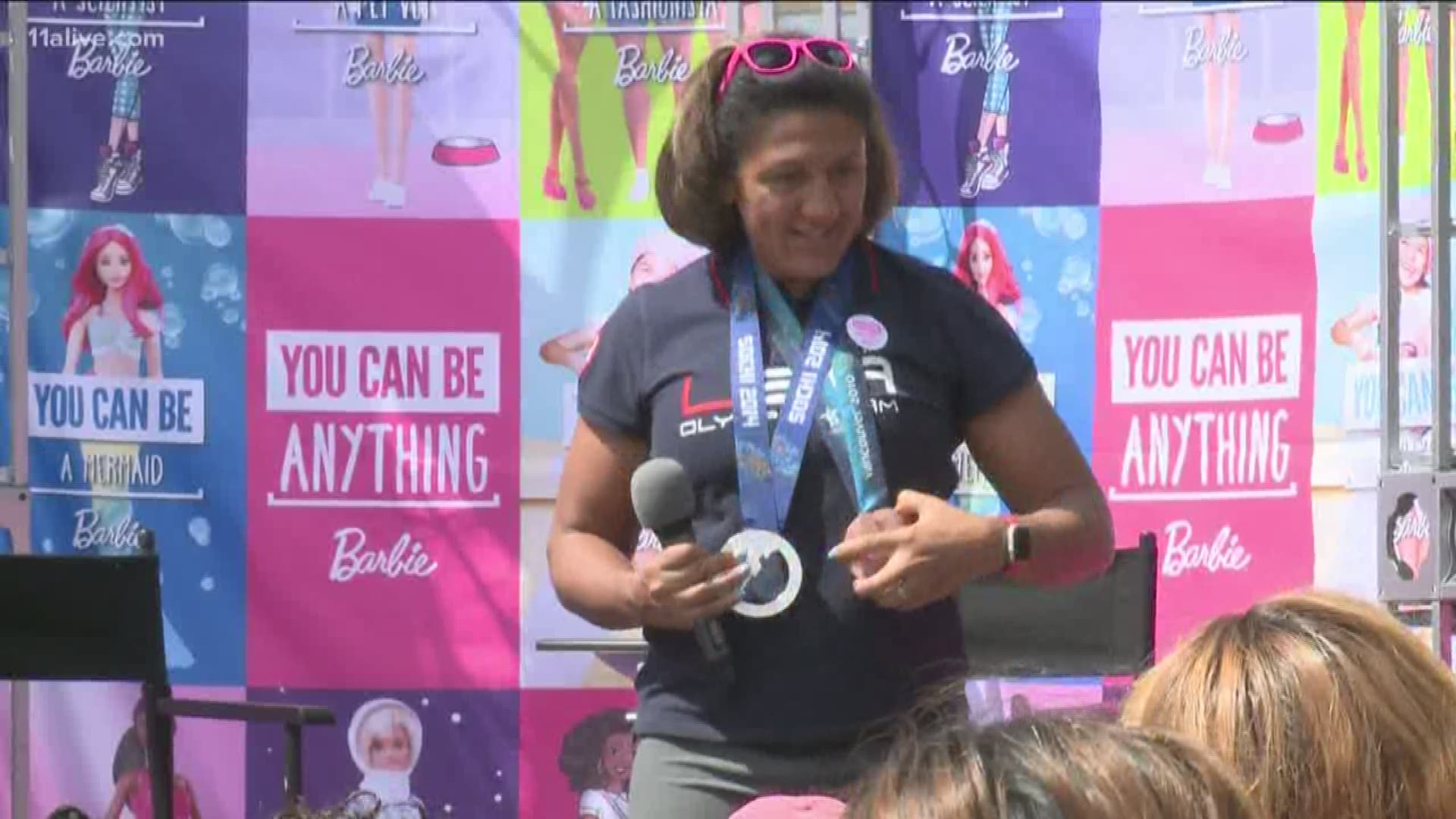 ATLANTA — Barbie doesn't age, but she has changed a lot over the past 60 years.

The iconic doll is celebrating six decades in existence, but she's not just heading to the beach, cruising in a convertible with Ken anymore. The dolls are firefighters, astronauts, marine biologists and celebrated role models and world changers.

The change has been by careful design. A doll that once could be seen as putting girls in a box is celebrating diversity, inclusion and dreaming big.

So, over the weekend, they invited a woman Atlanta knows and loves, who represents all of that: World champion and Olympic bobsledder Elana Meyers Taylor.

Taylor is a six-time World Champions medalist who has competed in three winter games. She became a women’s bobsled pioneer when she made history as the first woman to earn a spot on the U.S. National team competing with the men as a four-man bowled pilot. She went on to become the first woman to win a medal in international competition in a men’s event.

The decorated athlete made stops in Conyers and Morrow over the weekend on the "Barbie Be Anything Tour," where she shared with Barbie fans why sports was so important as a child.

"When I was really small, I was bullied," she shared.

"You can be anything you want to be. You don't have to be what society tells you who you are," she added.

The Olympian just announced last week that she and husband - and fellow Olympian - Nic Taylor are expecting their first child.

While Taylor said she would be taking the 2019/20 winter season off, she still plans to be ready to compete for the 2022 Winter Olympics in Beijing, China.