Homeowner who brought bobcat kittens into house may face charges

The viral story is drawing attention to the seriousness of wildlife protection, Animal Care Services says. 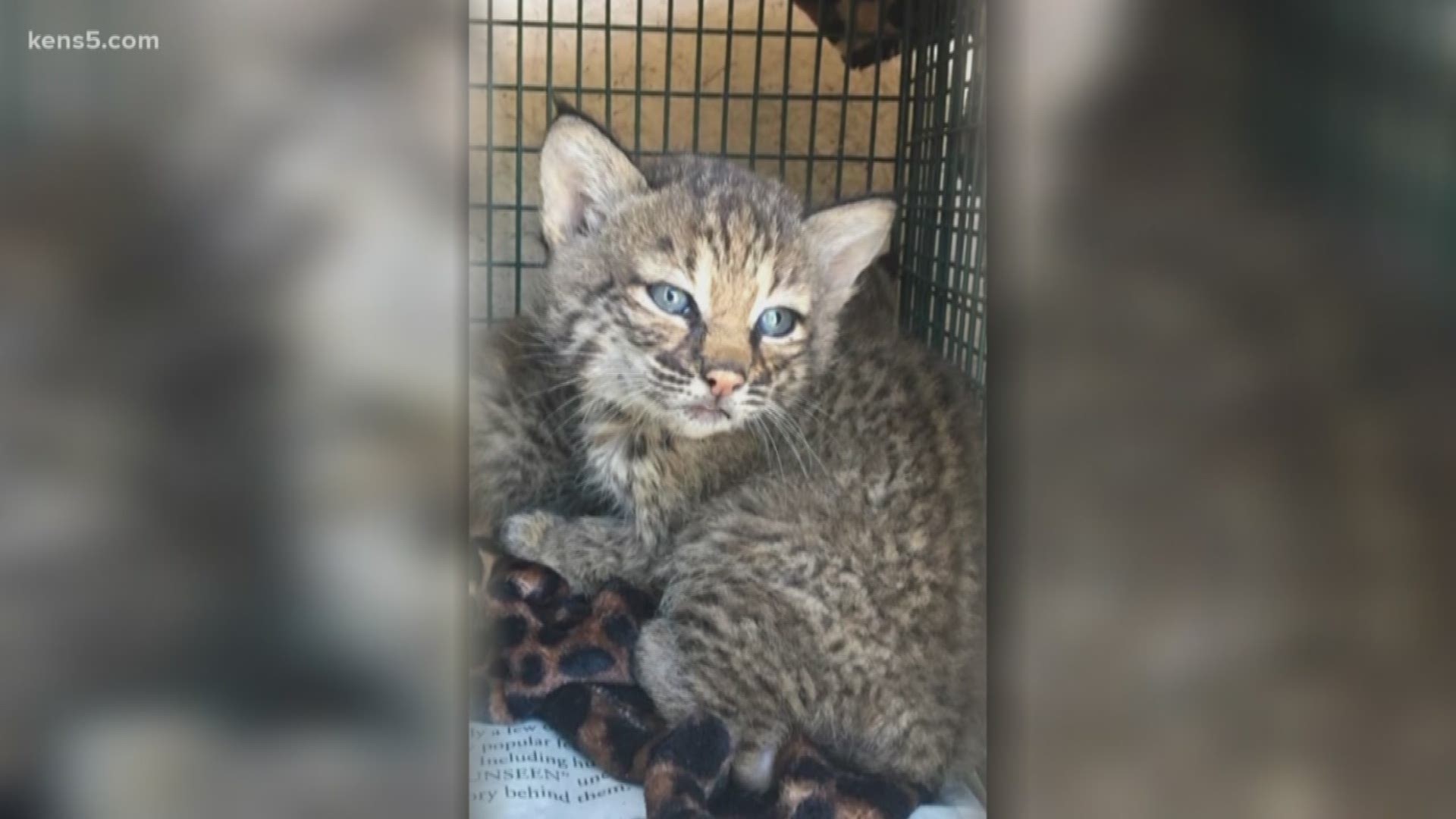 People throughout Texas and the nation have been talking about a pair of bobcat kittens that were recently found in San Antonio in a backyard alleyway. The bobcats were picked up by Animal Care Services after a resident reported she had mistaken the kittens for house cats and three people had been bitten while feeding them.

Wednesday, new information has indicated the young cats were actually found in Atascosa County by a relative of the bite victim before they were apparently brought into the local home. Those people maintain they believed the cats were Bengal kittens, a rare domestic breed.

The young bobcats remain in quarantine with Wildlife Rescue & Rehabilitation. The organization's founder and president, Lynn Cuny, says she hopes the story draws attention to the need for heightened wildlife protection.

“The real story of these bobcat kittens is one of tragedy, not one of 'cute babies,'" Cuny said. "These two infant’s lives were altered the moment they were stolen from their mother. Not only will they never know her loving care but these bobcats now have to be raised by humans, their number one predator. Though we trust they will do well, the fact is that no wild animal baby should ever have to make such a traumatic adjustment and suffer the trauma of being orphaned.”

ACS Field Enforcement Division is working with Texas State Parks and Wildlife to investigate the information and determine if the allegations meet the legal standards to file charges. Assistant Director Shannon Sims says the case is escalating.

“After conducting the initial investigation, these additional details make this a much more severe issue from a rabies control standpoint, from a jurisdictional standpoint and from a legal standpoint," Sims said. “With the increased implications and the fact that this falls under the jurisdiction of our Texas Game Wardens, we will continue to work with them to investigate the potential criminality of the animal’s capture and relocation.”