Quinten Gilmore has had to get creative to survive winters while homeless, but says he only needs some simple things from Good Samaritans. 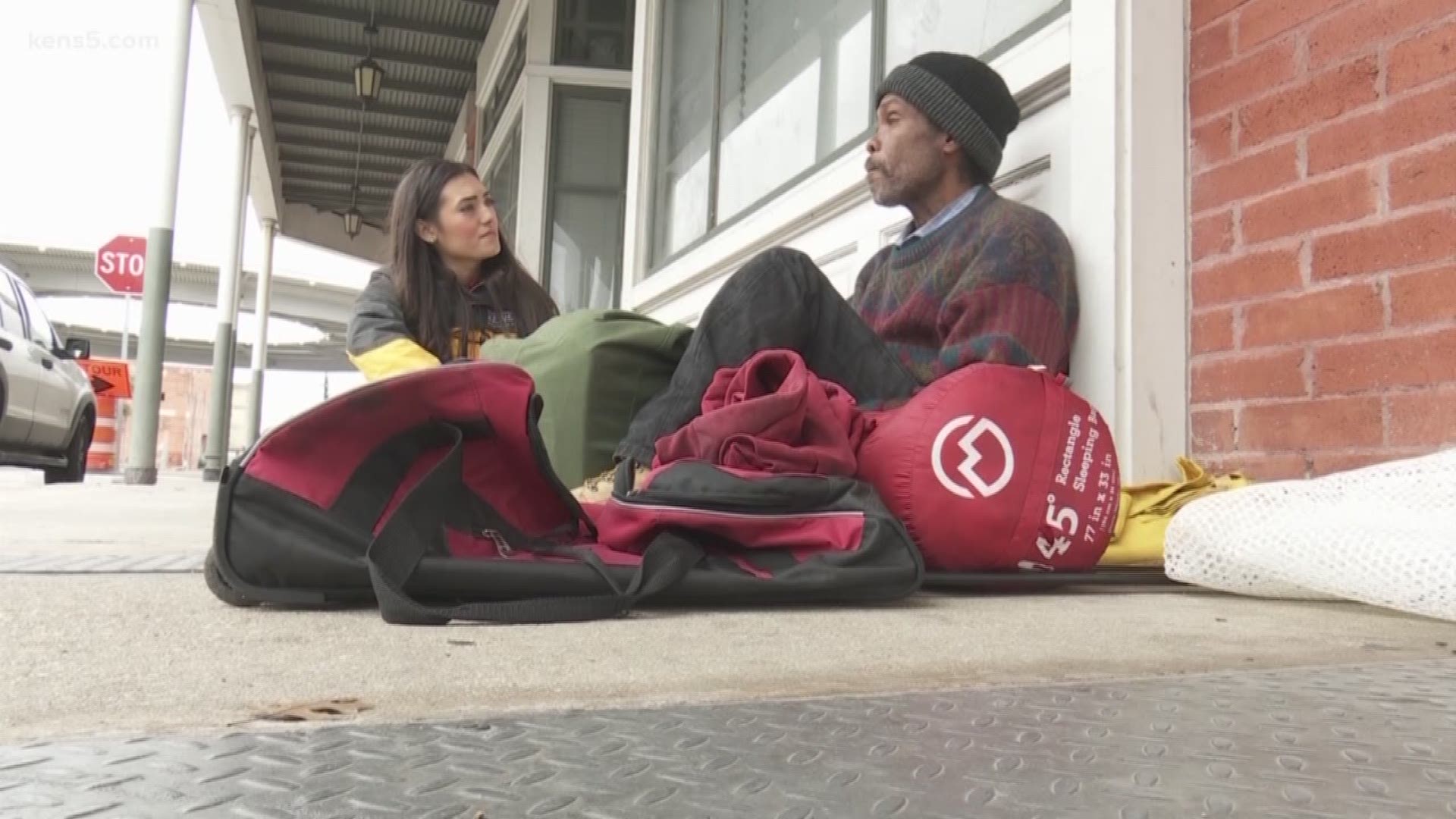 SAN ANTONIO — On a day most people want to spend bundled up inside, Quinten Gilmore is out on the streets.

With freezing temperatures in the forecast the day after Veterans Day, this military man is asking for help.

Gilmore was just a teenager when he joined the army.

His service sent him to North Carolina, as part of the 82nd Airborne in Fort Bragg. While in uniform, he saw more than any person ever should.

It's been years since Gilmore put his life on the line for the country, but he hasn't escaped harsh living conditions.

"People lose toes and fingertips due to it freezing overnight," he said. "It's very difficult because sometimes we want to give up. Sometimes it would be easier to go to jail than stay warm."

Gilmore is homeless, and has lived on the San Antonio streets for three years. He survives winter's freezing temperatures by layering clothing and relying on local churches. This week, he's hoping to find a warm night's stay for free at Haven for Hope.

On Monday he was packing all his belongings in a mesh bag, per the shelter's request.

"Every winter we have cold weather and we're prepared every time," said Haven for Hope CEO Kenny Wilson.

The shelter also distributes articles of clothing to keep people warm. Staff say they're grateful for the Good Samaritans who want to help, but ask that distribution be left to the experts.

"I discourage someone untrained from doing that. They don't know who could be in the shadows," Wilson said. "They can help—they can bring any other donations. But their safety is paramount."

Meanwhile, Gilmore, a man with few personal belongings, won't ask you for anything. He says there are others in more severe need of aid than he.

"We need to help some of these churches because they help so many," he said.

The only thing Gilmore wants is a little support and compassion to warm his heart..

"As much as any physical thing you can give, sometimes people need a shoulder to cry on. Someone to talk to. I need to feel like I'm worth something to somebody," Gilmore said. "It's easy to give up. That's just the way that goes."

Haven for Hope is accepting monetary and clothing donations. For more information on what is needed and where to donate, visit their website.