It's hemp harvesting time in Tennessee. Thousands of farmers are drying their crops and prepping to sell them to CBD processors. 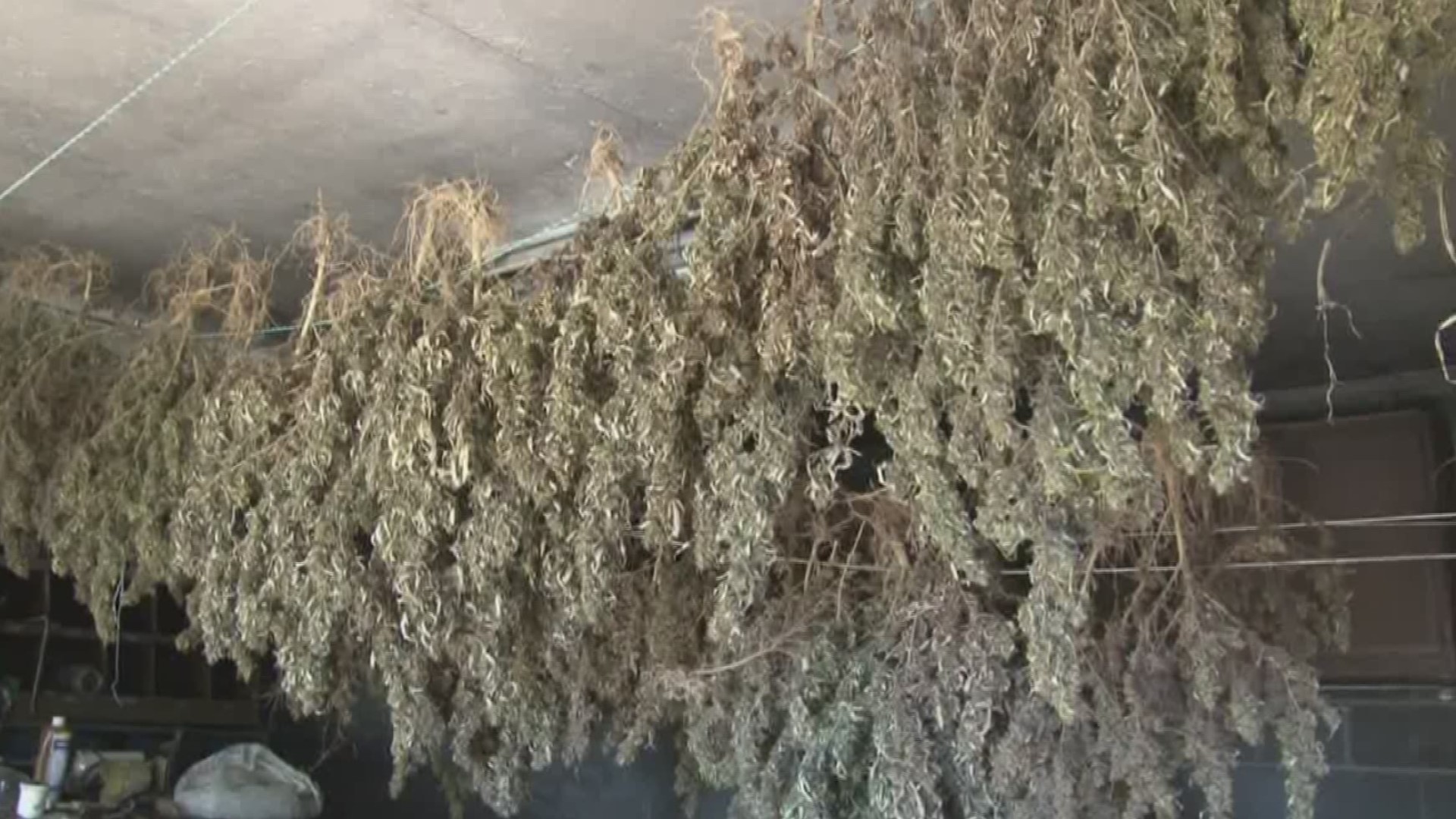 KNOXVILLE, Tenn. — Hemp is officially coming out of the ground.

Thousands of hemp farmers across Tennessee are harvesting their crops and hanging them up to dry before they're sent to be processed for CBD.

10News has been following the process of one first-time hemp farmer in East Knoxville since the spring.

We first met Mark Lavender back in April.

He had a few backyard gardens but was new to the hemp industry, as are most hemp farmers in the state right now.

Lavender's venture into hemp farming started with two years of research and a license, leading to land prep in April.

"This is three acres of started plowed ground that I'm going to be putting hemp into this year," Lavender said in April.

He planted his hemp clones in June and waited for them to grow all summer.

Four months later, Lavender's hemp plants are out of the ground.

RELATED: Hemp growing season is underway, and now thousands of the plants are now sprouting in East Tennessee

It's a big feat given the drought Knoxville saw earlier this year.

Now those successful plants are hung on string to dry in Lavender's barn and garage.

The hemp has to be dried completely and Lavender is using a wood stove and fans to help.

The dry flower buds are then removed from the plant.

The CBD is contained in those buds and they're what will be sent to processors so that compound can be extracted from the plant.

"Processed and become some oil that I can start taking myself because I know where it comes from," said Lavender.

He's talking with a handful of processors in the area and already preparing for next year's growing season.

Lavender said his top three mistakes this first round were planting too late in the year, not setting up a watering system and not getting a processor lined up ahead of time.

Even with the struggles, he doesn't plan to stop farming hemp any time soon.

"Hopefully it's gonna pay off and even if I just break even with a little bit of profit I'll be happy," said Lavender.

Those applications are now open year round.