Police said the scene is "absolutely secure" and no longer a threat to the public. 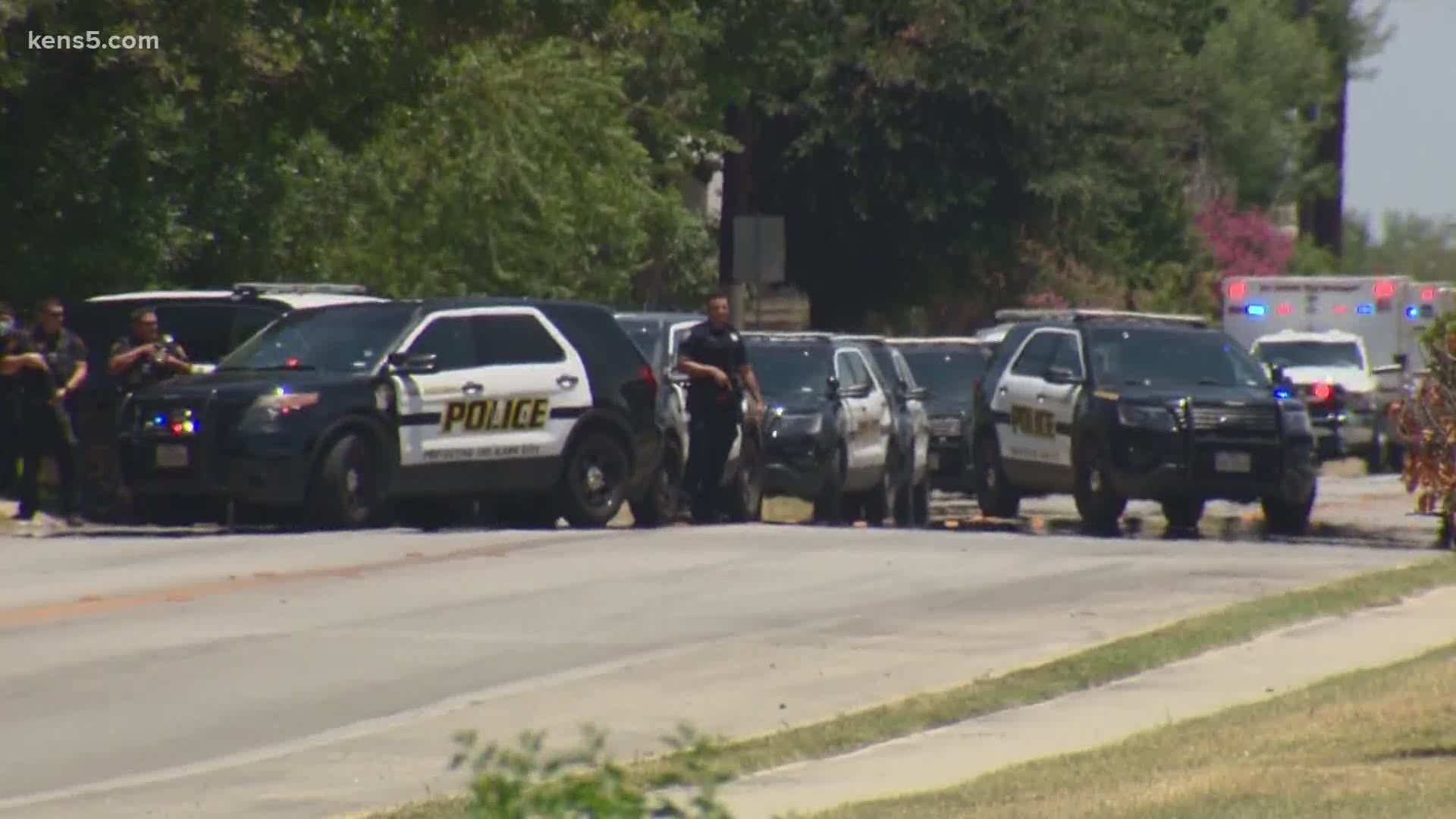 SAN ANTONIO — A man is in custody after a shooting at a south-side apartment complex, the San Antonio Police Department said.

Around 20 units were called to a scene around 12:30 p.m. in the 2800 block of West Hutchins Place at Rio Springs apartments

As of 2:45 p.m., SAPD arrested the suspect. The scene is "absolutely secure" and no longer a threat to the public, authorities said.

Police told KENS 5 that the suspect is a man in his early 20s who lived at the complex. He began shooting what authorities believe is an AK 47 rifle into a common area of the apartment complex, firing around 10 to 15 shots.

The man ran into his own unit, and 30 minutes later, surrendered to police. SAPD did not report the motive behind the shooting.

No one else was injured in the incident and police said he will be charged with two counts of Deadly Conduct.

RELATED: 'He was just getting a phone charger' | 11-year-old boy killed after being struck in head by bullet in SE DC