He was arrested for wielding a gun during an outburst at Denny's. He's now accused of trying to kill cops.

Nearly 3 months after Michael Hogan was released from jail following a violent outburst at a Denny's, he was rearrested for trying to kill cops, records state. 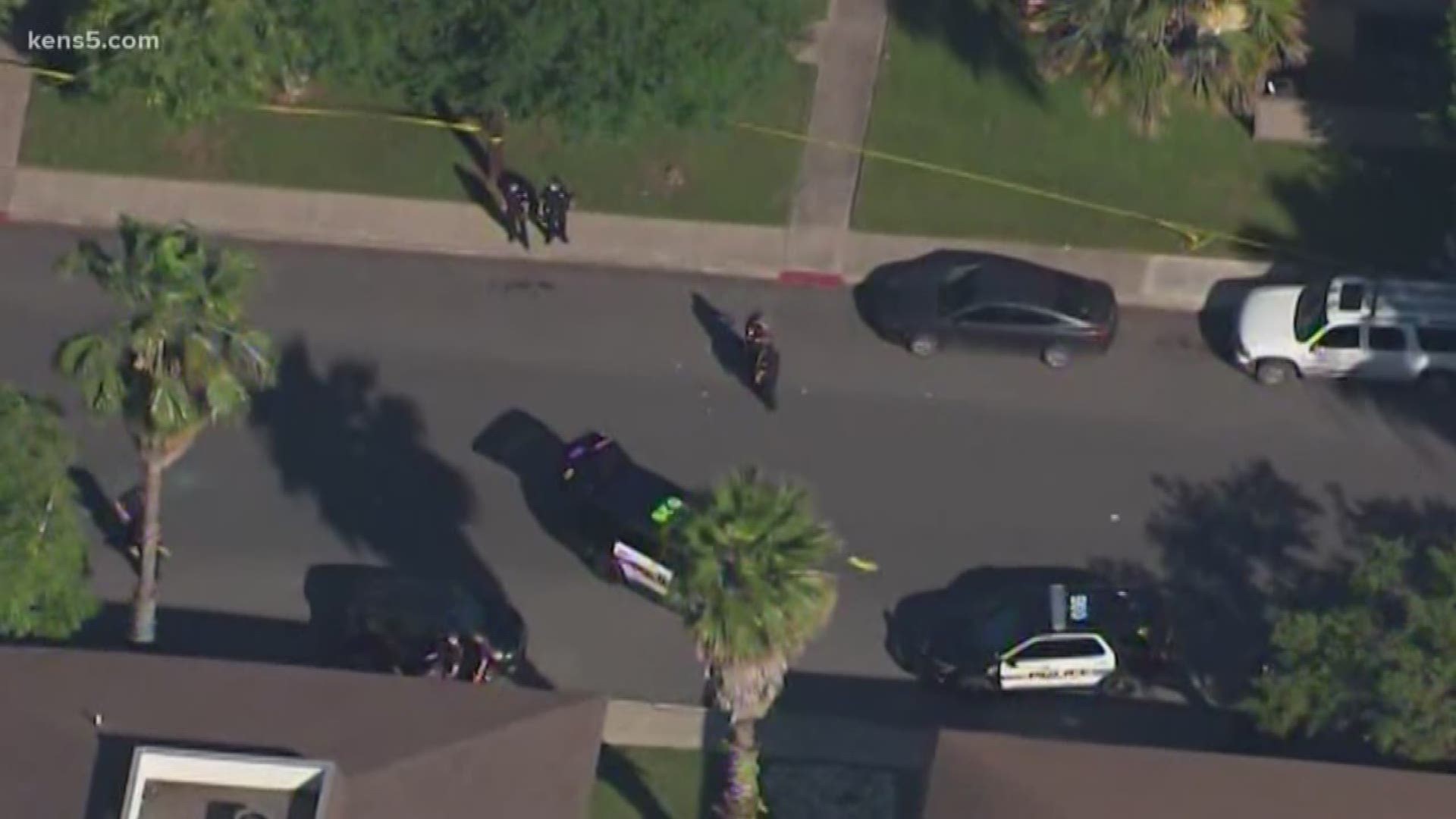 SAN ANTONIO — A man accused of shooting at police late last month was involved in another incident, also involving a gun, months earlier, but was allowed to go free in that incident without paying a dime, records revealed.

Michael Hogan remains behind bars at the Bexar County Jail on an attempted capital murder charge in lieu of $500,000 bond. Though, when he allegedly ambushed officers with gunfire on April 22, narrowly missing police officers, he was out on a personal recognizance bond stemming from an incident in January.

“We start looking at the bad guy like, ‘What's his history? Where is he coming from? Why is he behaving this way?’” said San Antonio Police Officers Association president Mike Helle. “And come to find out, through our background looking at him, he was actually arrested, like you had said, in January.”

RELATED: 'He did a hero's job' | SAPD chief commends officer who shot suspect who opened fire on police

A police report released to KENS 5 Monday morning details a January 14 outburst Hogan had at a Denny's restaurant on East Commerce Street. The report states Hogan was eating at the restaurant when he walked into the women's restroom, prompting a woman to run out, yelling Hogan had a gun.

When officers arrived at the Denny's, the report states they found Hogan in possession of methamphetamine and a firearm and that he resisted being searched and arrested.

RELATED: 'A slap in the face to every police officer out there': SAPD chief outraged over accused cop shooter's bond

Officers listed a litany of offenses with which Hogan could be charged, including unlawful carry of a weapon, disorderly conduct involving a weapon and resisting arrest while in possession of a weapon, but Hogan was only charged with possession of a controlled substance. The charge, a state jail felony.

The move raised concern from Helle, who called the situation an anomaly based on his three decades of law enforcement experience.

"When you have somebody that was involved with a weapon, was engaging with the patrons at the restaurant like he was in a threatening manner," Helle explained. "Obviously he had the potential to do something -- to do some harm. Thank goodness he didn't. So it comes to reason: 'Why? Why did you drop those charges and just stick to the one, especially the weapon charge, most importantly?’"

Hogan was released on a personal recognizance bond, having his bond lowered to $75 – an amount to be paid at a later date – by a magistrate judge. Helle said he reached out to the Bexar County District Attorney's office last week after members of the union voiced concern about the outcome of Hogan's January arrest.

Christian Henricksen, chief of litigation at the Bexar County District Attorney’s Office, said the office has had a longstanding policy, in many cases, of dismissing misdemeanor cases when a felony is also filed.

Though, despite the slew of charges recommended by officers, including those involving the firearm, only the possession of a controlled substance charge is noted in online court records.

"There's a hearing where we get to let (the judge) know what we think, but that final decision is not made while we're there," Henricksen said.

Helle said he understands that a judge or prosecutor does not have foresight to predict whether a defendant will go on to shoot at officers as Hogan is alleged to have done, but he said he hopes that the incident illustrates the need to scrutinize the facts before issuing a bond and filing charges.

“I would venture to say, probably, if they stacked all those charges on top, if they were all five thousand each, he wouldn’t have been out,” Helle said. “He would’ve still been locked up. I don’t know if he could afford that bond or not, but certainly, there's a high probability that he probably wouldn't have gone out and had an opportunity to shoot policemen.”