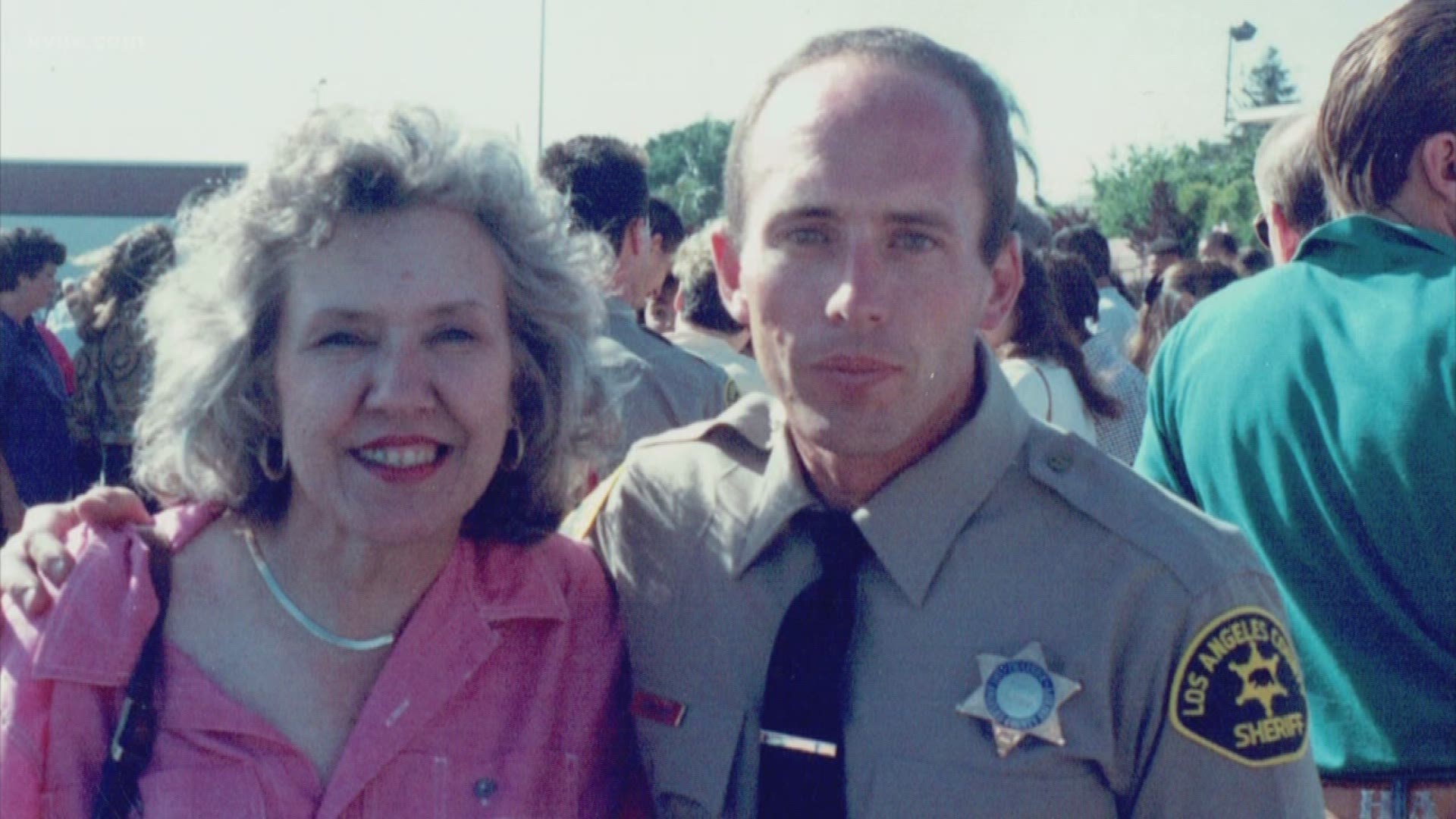 SAN MARCOS, Texas – Officer Kenneth Copeland, the first San Marcos police officer to be killed in the line of duty, was laid to rest Wednesday.

Copeland was helping serve a domestic violence warrant when he was shot in the El Camino Real subdivision Dec. 4. His body on Dec. 13 was transported from the Thomason Funeral Home in San Marcos to Community Bible Church in San Antonio.

Hundreds of peace officers from across the state, even from as far away as the Los Angeles Sheriff's Office where Copeland first got his start in law enforcement, traveled to the Community Bible Church in San Antonio to pay their final respects.

Loved ones, like Copeland's best friend, Joe Fratangelo, remembered the 58-year-old as a kind, funny and compassionate husband, father of four and co-worker. One by one, friends got up and spoke about how he could find the best in any situation and in any person and even about Copeland's collection of Coco-Cola memorabilia and his love for Topo Chico: the mineral water.

Copeland's sister and her children also read passages from the Bible.

"If we could all take anything to honor Ken is to learn how to treat one another, the way he treated others with respect because that's what Ken did," said Chief Stapp.

Outside, three helicopters flew over as officers stood at attention.

RELATED | San Marcos officer killed in the line of duty: What we know

Copeland had been with SMPD for more than 19 years before his death. He leaves behind a wife and four sons.

The suspect in Copeland’s murder is in the Hays County Jail on capital murder charges.