County Clerk Chris Hollins said for now he is going to hold off on sending applications to all voters pending the lawsuit. 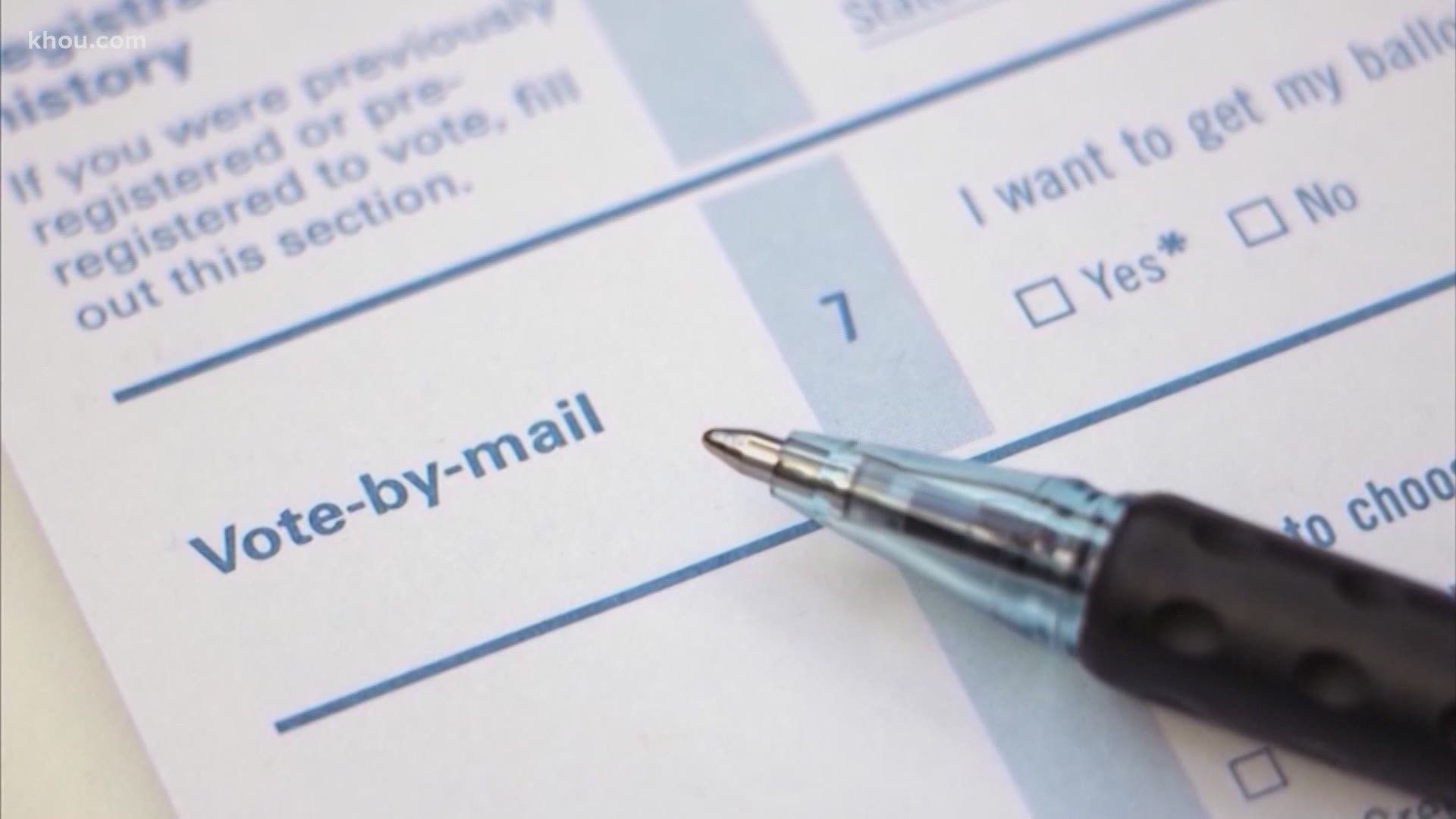 HOUSTON — EDITOR'S NOTE: The video above is from Monday's report that the Texas attorney general had filed a lawsuit against the Harris County clerk.

The Harris County clerk is holding off his plan to send ballot applications to every registered voter in Harris County.

County Clerk Chris Hollins said for now he is going to send ballot applications to everyone 65 and older.

Hollis added he will wait for the lawsuit filed by Texas Attorney General Ken Paxton to work its way through the court to see if he can send ballot applications to other people in the county.

“The law’s on our side on this, plain and simple. We’re gonna have our day in court,” Hollins said.

Hollins thinks that court date will happen later this week or early next week.

Hollis also said he tried to discuss this with the Texas Secretary of State but a discussion did not take place. Then Paxton filed his lawsuit on Monday, according to a report from the Texas Tribune.

UPDATE: Harris Co. Clerk Chris Hollins says @HarrisVotes will proactively send mail-in ballot applications for the November election only to registered voters ages 65+ until a decision is made on a lawsuit by @TXAG. Background: https://t.co/JJveenovoJ #khou11 pic.twitter.com/jGcbZriLXj

In his lawsuit, Paxton alleges Hollins does not have the authority under state law to carry out the plan.

RELATED: Texas sues Harris County to stop it from sending all voters applications for mail-in ballots

On Tuesday, Hollins pushed back.