A controversial bridge construction project is creeping closer to reality. 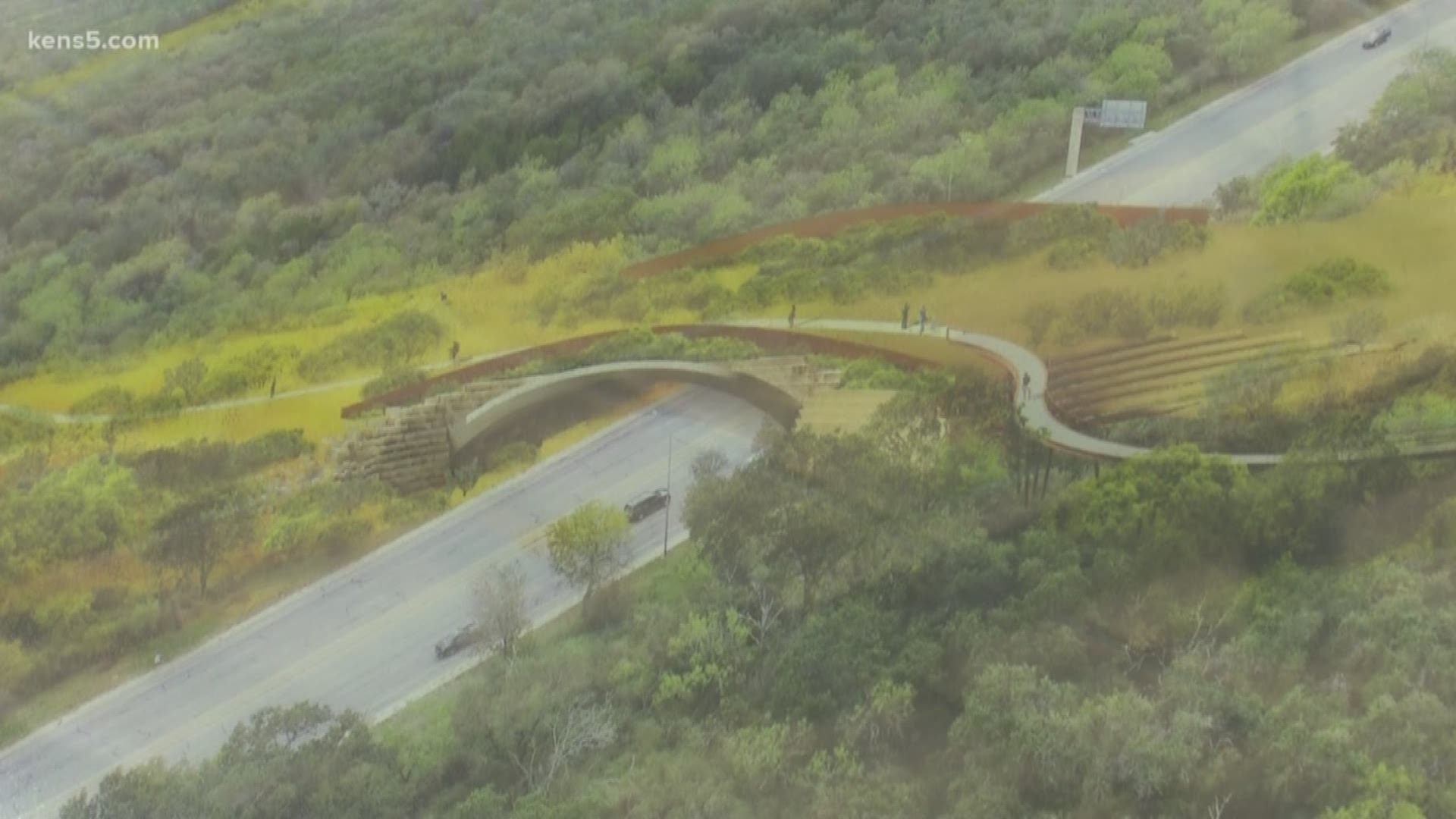 SAN ANTONIO — A controversial bridge construction project is creeping closer to reality, which means some lane closures are ahead for drivers on busy Wurzbach Parkway and there will be occasional temporary trail closures in Hardberger Park.

“It's unique in a couple of ways," said Denise Gross, the Executive Director of the Phil Hardberger Park Conservancy group, adding. “In fact you won't find anything like this land bridge anywhere in the United States and possibly even in the world."

Gross said “One, it will accommodate wildlife and people, and it also has a skywalk. It will give people an elevated view as they cross the bridge.”
The 300-plus acre park is currently cut in half by speeding traffic on Wurzbach Parkway. One section of the park can be accessed from NW Military Highway. Another can only be reached from Blanco Road. Short of walking or driving a daunting distance, patrons cannot enjoy both sides of the park easily.
When the land bridge is built, people and animals will have unlimited access in a beautiful natural setting.

Voters approved the effort as part of a 2017 bond initiative that provided $13 million dollars.

A fundraising effort by the Conservancy gathered an additional $10 million.

Even though the project has a legion of supporters, there are those who believe the $23 million dollar price tag is too high.

Ione McGinty says she is a regular visitor to the park. She said she believes the bridge is not necessary.

"At the same time that the Mayor is having a climate change conference here in the city, all these trees were being bulldozed and I just think that's very hypocritical."

Meanwhile, many say the project will be a touchstone for the 1,000 visitors who come to the park every day and a point of pride for generations.

"It will provide a continuous experience and allow people to be engulfed in nature for the whole thing and people hunger for that. They absolutely do," Gross said.

City officials say Wurzbach Parkway will have limited lane closures during the construction process and the most of the park trails will be open most of the time.

Gross said “There will be a little bit of a slowdown in traffic from time to time. Wurzbach Parkway will never be completely closed, but there will be times when a lane is closed.”

The Robert LB Tobin Land Bridge, named in honor of a significant contribution by the charitable foundation of the same name, is scheduled for completion in April 2020.

Here is a link to the City of San Antonio web page for the park.