Gov. Abbott signs bill to limit co-pays to $25 for insulin prescriptions per month for insured Texans | 'This is a substantial milestone'

The press conference also focused on the Doctors Hospital at Renaissance officially be designated as a Level 1 Trauma Center. 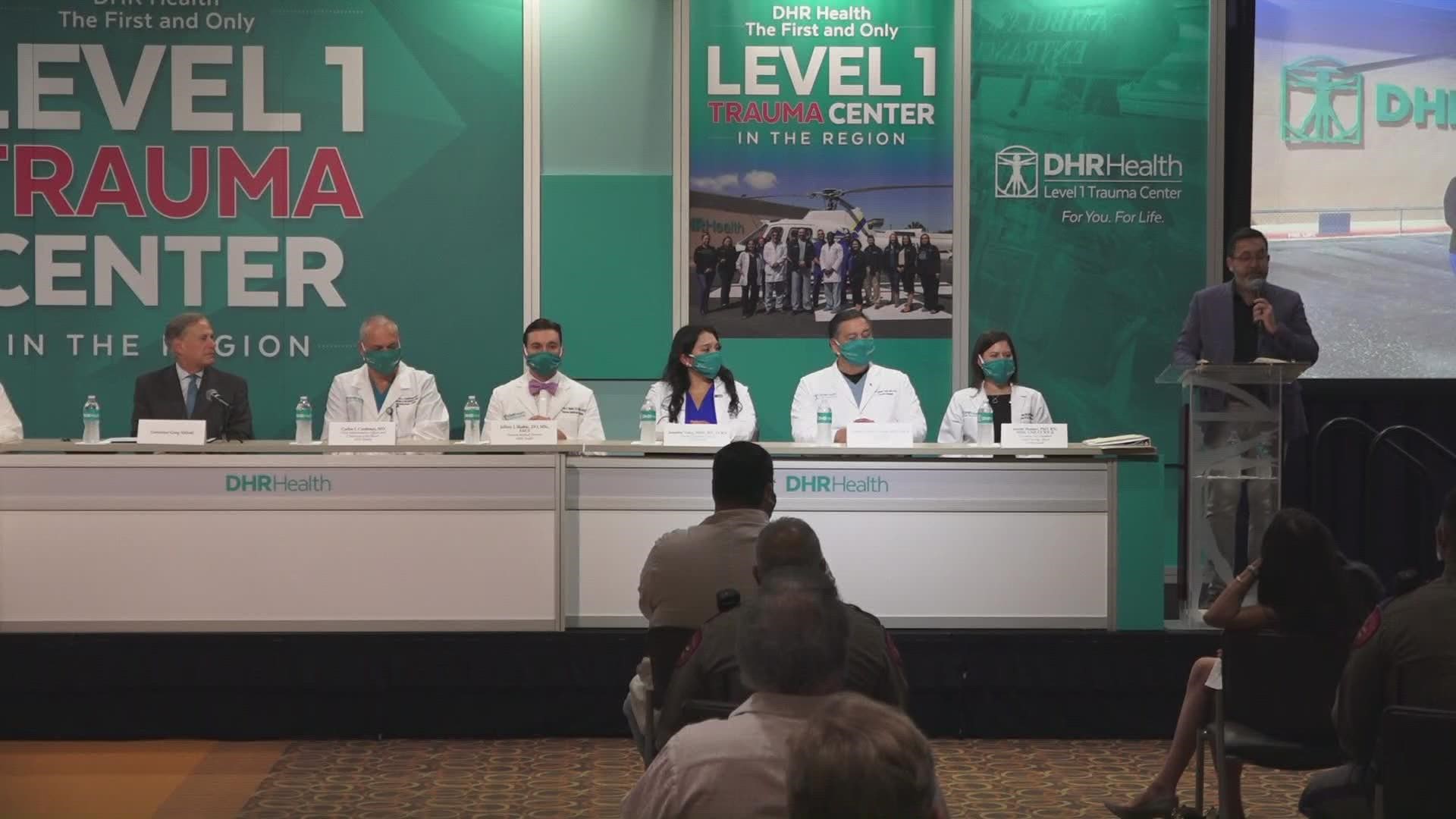 The press conference focused on the Doctors Hospital at Renaissance officially be designated as a Level 1 Trauma Center.

"Today is the day, today they are now making history with the official designation of a Level 1 Trauma Center in the Rio Grande Valley of the great state of Texas," Gov. Abbott said.

The closest trauma center was in San Antonio --- which is a more than 200 miles distance.

"Today is a day of remarkable achievement for the Rio Grand Valley, for DHR," the Governor said.

Governor Abbott also signed Senate Bill 827, which limits the co-pays to $25 for each insulin prescription per month for insured Texans on state-regulated health plans.

"It's always so rewarding when you have a goal you want to achieve, you put the effort in to achieve that goal and then you ultimately achieve it," Gov. Abbott said.

The press conference started at 3 p.m.