Gov. Abbott says 1 million more homes should have power restored in next 24 hours

Around 7 million Texans are on boil water notices because of the power outages and frozen pipes, according to the Texas Commission on Environmental Quality. 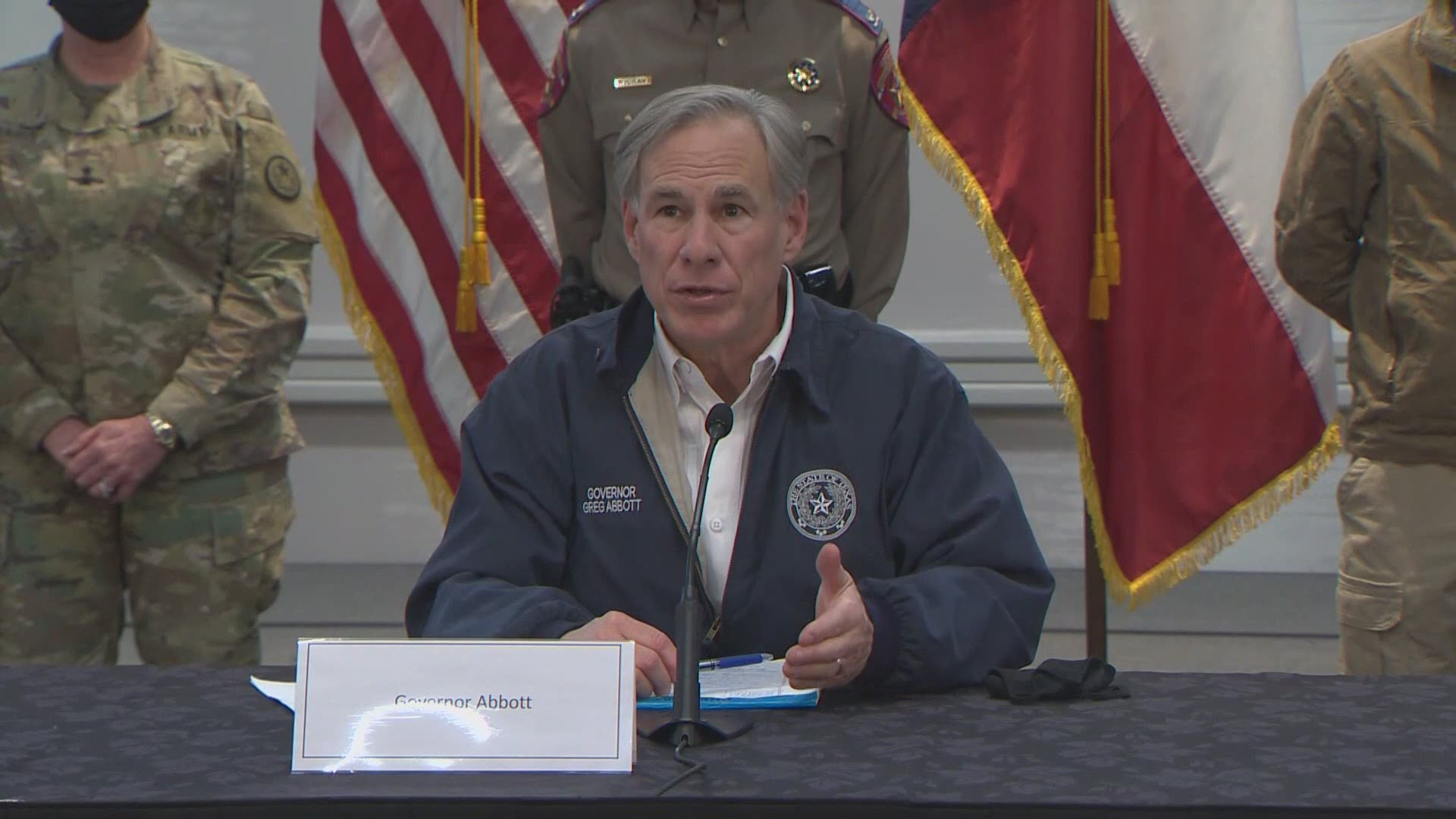 As more than 413,000 Oncor customers remain in the dark, Gov. Greg Abbott said that more sources have been added to the energy grid and he expects another 1 million households to have power restored over the next 24 hours.

Each megawatt can power about 200 homes. In a news conference Wednesday afternoon, he said 6,000 megawatts were already added since midnight and that has powered 1.2 million households.

Now, there will be more power being generated from the nuclear power plant project in southern Texas and from coal-powered operations -- an additional 2,000 megawatts that will power 400,000 homes, he said.

In addition, various small natural gas generators should sporadically add about 3,000 megawatts over the next 24 hours. That'll power 600,000 homes.

The current and upcoming weather conditions will still be an issue with cold temperatures on Thursday and an impact on transportation.

He said that the outages that led to massive blackouts were in every source of power the state has access to, including the nuclear power plants, coal-generated power and wind-powered energy.

The Texas House and Senate will begin investigations next week to see what was done and what was not done in ERCOT's decision-making process to get to the "root of any missteps that took place," he said.

Around 7 million Texans are on boil water notices because of the power outages, according to the Texas Commission on Environmental Quality.

There are low supplies for natural gas and Abbott mentioned that prices are going up.

"These spikes in natural gas prices occur because of the unusual situation about demand and supply," Abbott said.

People in Texas have discussed how some have been without power for hours while others haven't had all-day outages.

"Decisions about power outages are made by city-owned utilities," Abbott said.

He said decisions are made by state-based facilities when it's an investor-owned utility company, like Oncor, Center Point Energy, AEP and Texas-New Mexico power. They are regulated by the Public Utilities Commission.

An order has been made to ensure that everybody that has a regulation from the Public Utility Commission of Texas will have access to power on a rotating basis until power is fully up and running, he said.

There have been 332 local water systems that have reported impacts and 276 of those have issued boil water notices, according to the Texas Commission of Environmental Quality.

He said each entity has to get the water tested with a bacterial sample before the boil water notice can be canceled. It could take up to 24 hours for that sample test to be complete.

He said water systems have been impacted by a lack of power and frozen lines.

Regarding pipes bursting from the cold, the state will allow plumbers from other states to get temporary licenses to help with the aftermath damage of the winter storm.

Abbott said residents can turn off the water supply to their homes if they believe their pipes have busted.

"We also urge all homeowners as beginning now, begin to work with a plumber, get plumbers lined up and work with your insurance company in advance," Abbott said.

He urged people without insurance to keep their receipts on repairs related to the storm because there could be assistance from FEMA.

Go here to view the map. 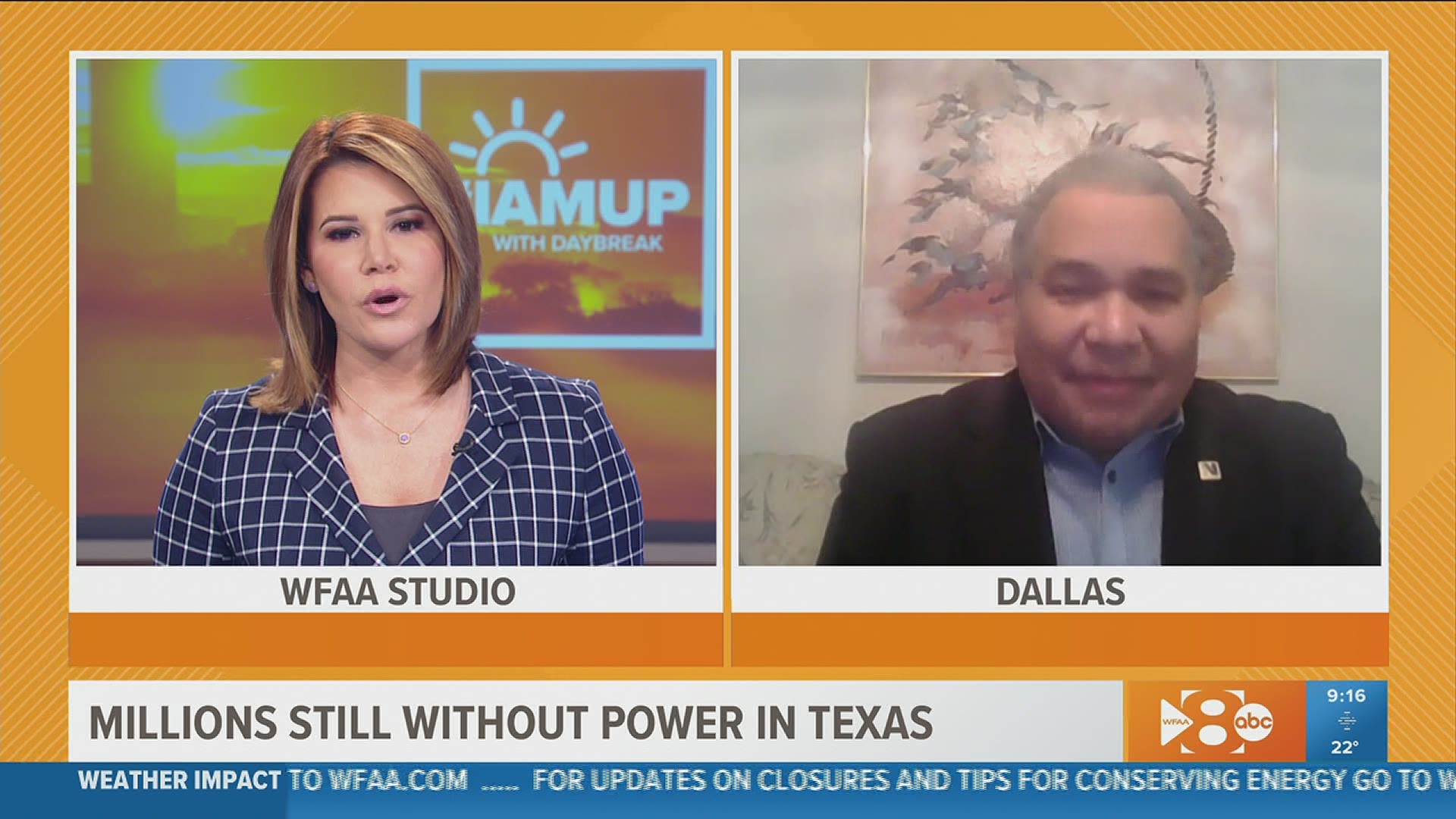