Giant generator on the move in South Texas

Though traffic might be slower, most people say they're excited to see the extreme equipment on the move. 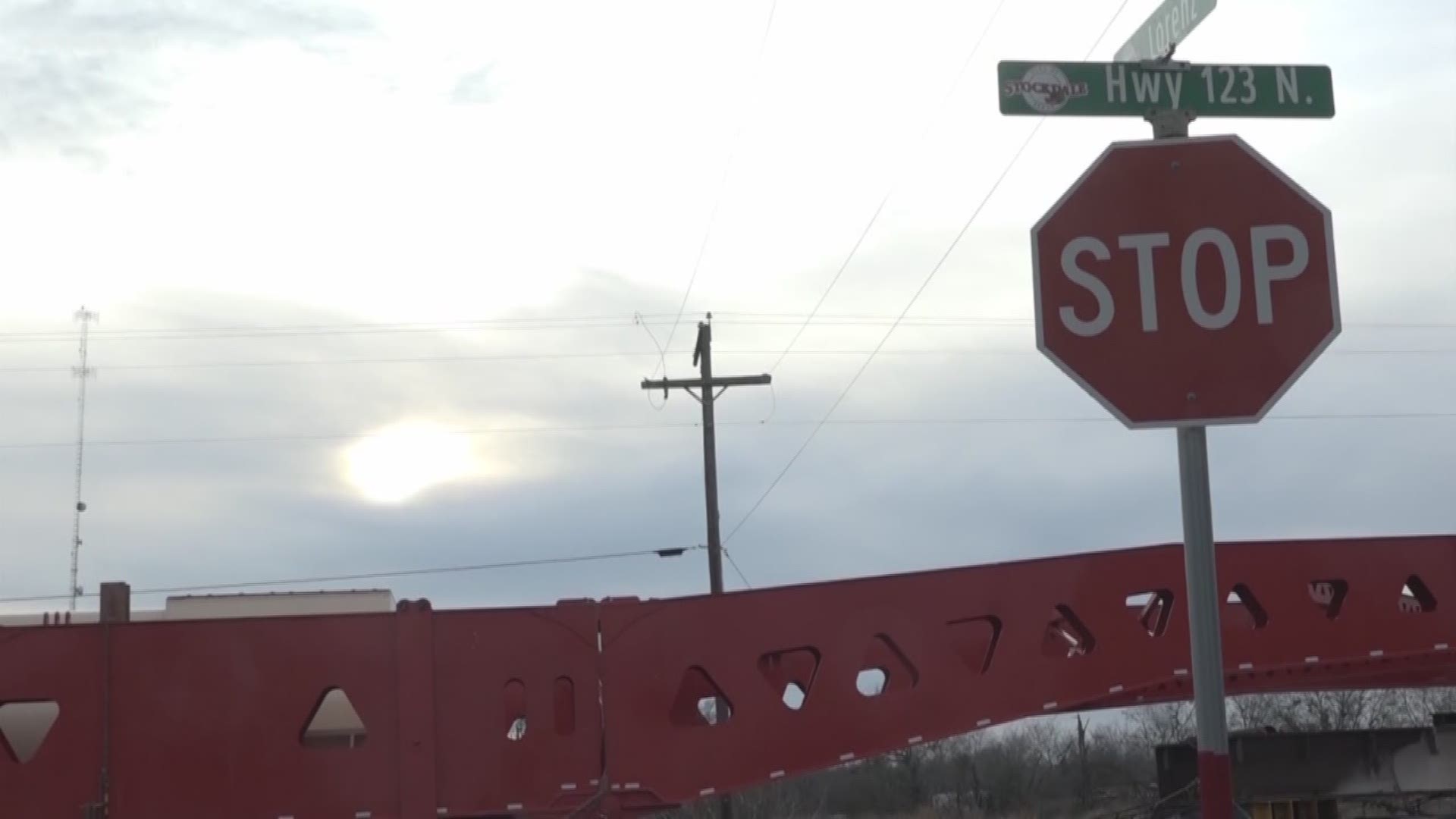 STOCKDALE, Texas — An oversized load is making its way through Wilson and Guadalupe counties this week, and it may slow down traffic on some roadways.

However, some people in Stockdale are just excited to see the massive piece of equipment.

“Honestly, I just didn’t think it would be that big,” said Scott Bustamante.

“It was really cool and so big,” Tabitha Cochran said.

A giant generator has set up camp off Highway 123 in Stockdale where it will stay Tuesday night. And this community welcomes their overnight guest.

“I just got off work and had to show the kids because they were excited to see it,” Tyler Withers said.

At almost 2 million pounds, the oversized load is taking over the road. The generator convoy started its journey last week in Victoria, according to Sarens, the transporting company.

At 370 feet long and 16 feet high, the convoy can only travel at 5 mph down the mostly two-lane roads.

“I thought I’d seen a vehicle accident. I thought it was a red trailer that flipped over, and as I got closer, it was the generator I was told about,” Eli Gutierrez said.

The convoy will leave at 7 a.m. Wednesday morning and head toward Seguin on the way to its new home at the Calaveras Power Plant.

“It’s fascinating to see the structure they made to haul it over here,” Gutierrez said.

A Sarens spokesperson said it takes a 500-ton crane to move it from the trailer. And while the oversized, traveling generator may stop some traffic along the way, most people in Stockdale just want to stop and look.

“I mean, I drove by slow just to check it out,” Bustamante said.