Officials said prior to firefighters arriving at the scene Sunday morning, the vehicle was swept into the creek. 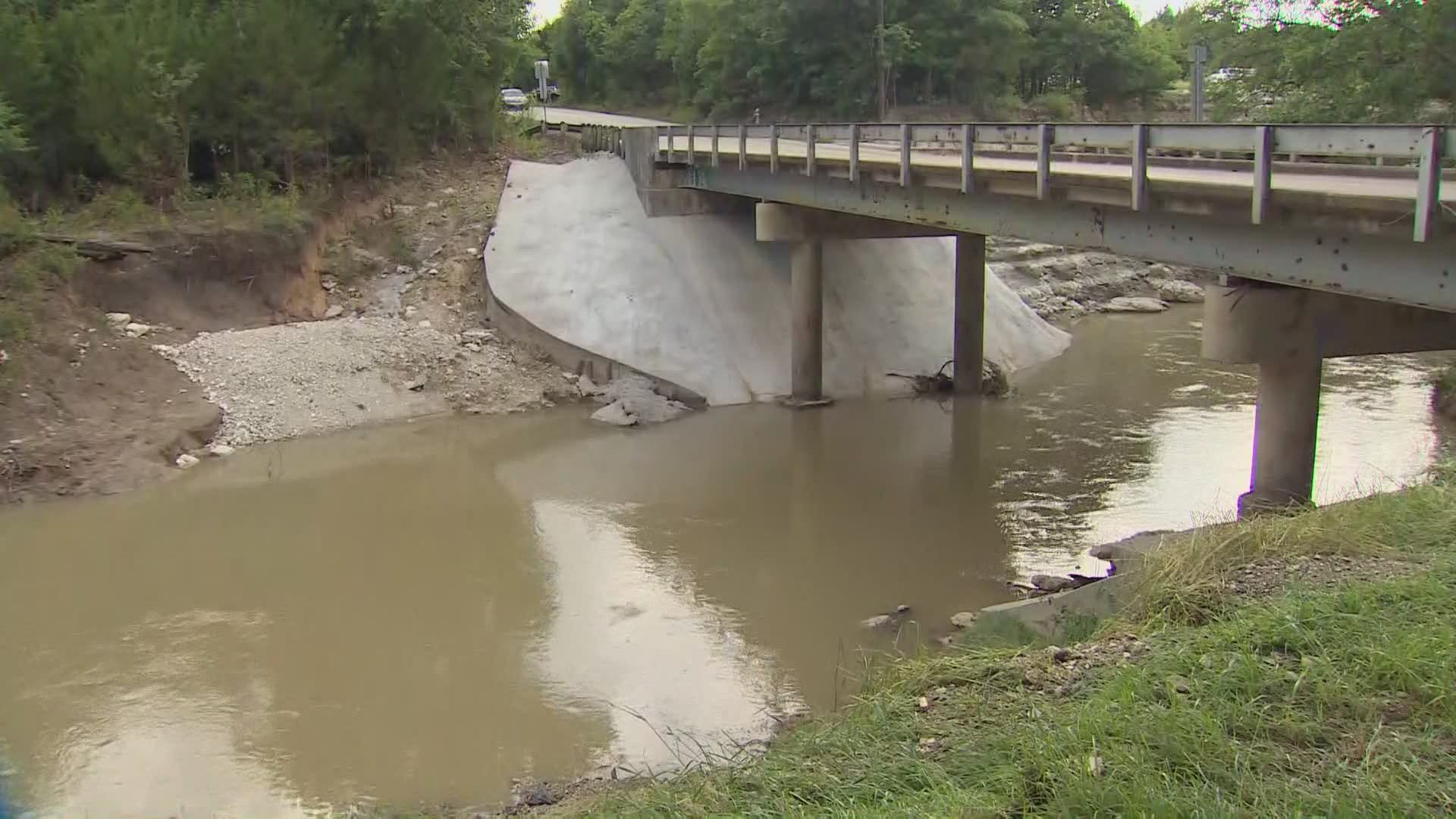 GARLAND, Texas — Updated on Monday with the victim's identity.

First responders were called around 2:18 a.m. to the 1700 block of Holford Road. As the fire department arrived on the scene, they saw a Nissan Altima trapped in the rushing water at the north end of the bridge.

Crews said due to the depth and speed of the rushing water, firefighters were unable to safely reach the vehicle. The water was believed to have been approximately 12 to 24 inches deep, officials said.

Firefighters later found the vehicle unoccupied in a creek approximately 300 yards from the bridge. They believed only one person was inside.

Sunday evening, crews said they found a woman's body. Police said she has not been identified at this time.

The Wylie, Richardson, and Plano Fire departments, along with K-9 teams from Lone Star Search and Rescue, and the DPS helicopter helped with the search.

RELATED: It might be raining a lot, but it doesn't come close to what North Texans saw in May 2015