Krystal Tijerina is offering a $1,000 reward to the person who finds her necklace, which she was gifted on the day of Robert Deckard's funeral. 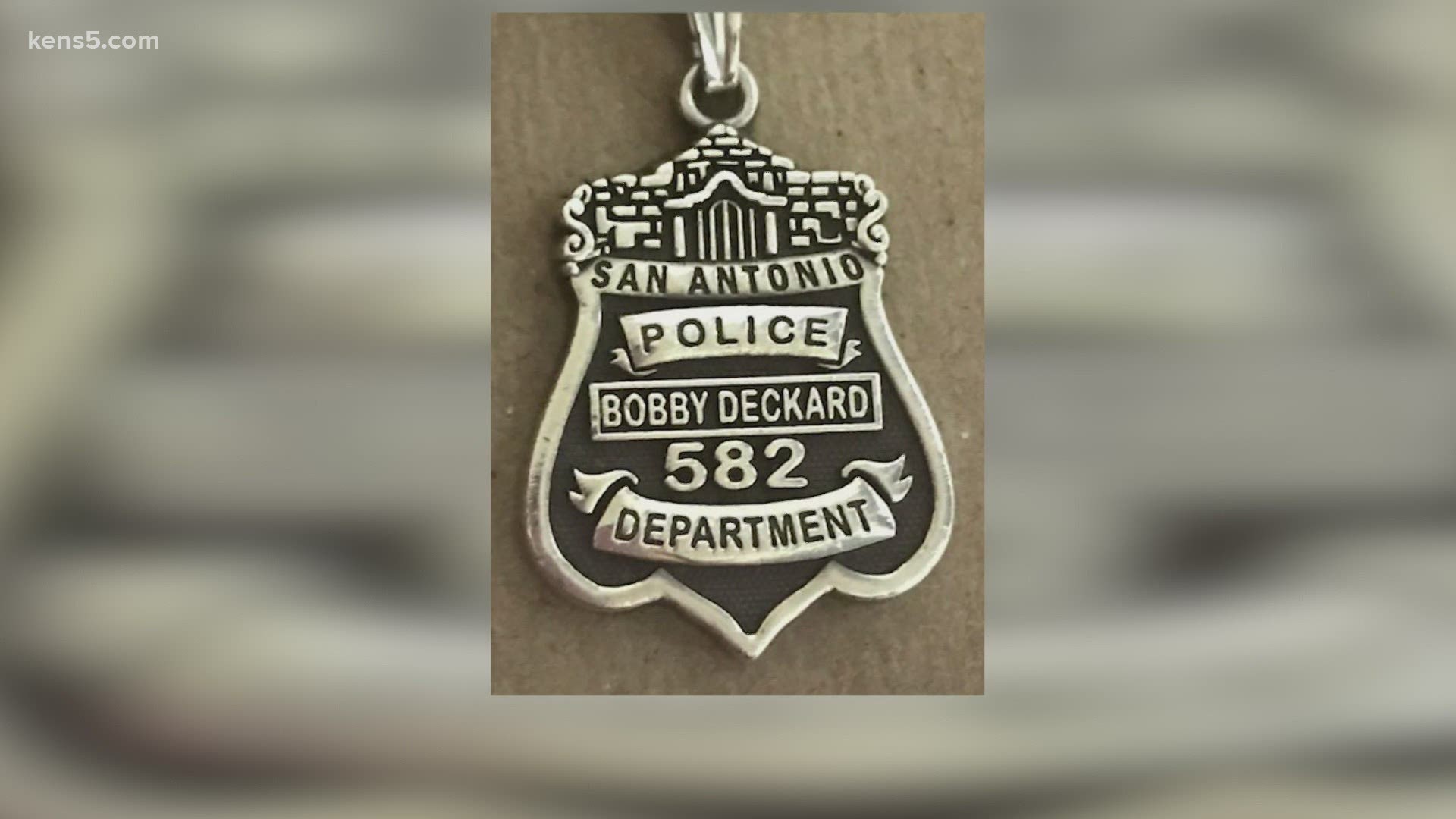 SAN ANTONIO — Krystal Tijerina, the friend of San Antonio Police Officer Robert "Bobby" Deckard, who was killed in 2013, posted to Facebook that she is missing a necklace with his name on it.

The post says, "I am so devastated! My necklace with Bobby’s badge on it broke and I lost it. It had to have fallen when I was at the kids game today. I have looked everywhere and can’t find it."

She wrote that she has worn the necklace every day for the past seven years. It was gifted to her the day of his funeral.

Tijerina posted that she was at Capitol Park or McAllister Park little league fields between 5:30 and 9 p.m. Tuesday. She is offering $1,000 as a reward if found.

Deckard was shot in the head during a high-speed chase and passed away on December 20, 2013. He was a graduate of Highlands High School in the Class of 2000.

Tijerina told KENS 5 Deckard was a "really, really, good friend" whom she met when he worked for the Bexar County Sheriff's Office. Tijerina said since his passing she's grown "really close" to his family.

"The pendant just has a lot of meaning behind it," Tijerina said.

Look at the picture. Maybe you can help find this treasure. #kens5eyewitness pic.twitter.com/boSDQHnWn6