The county signed a lease agreement with the federal Department of Health and Human Services in March. 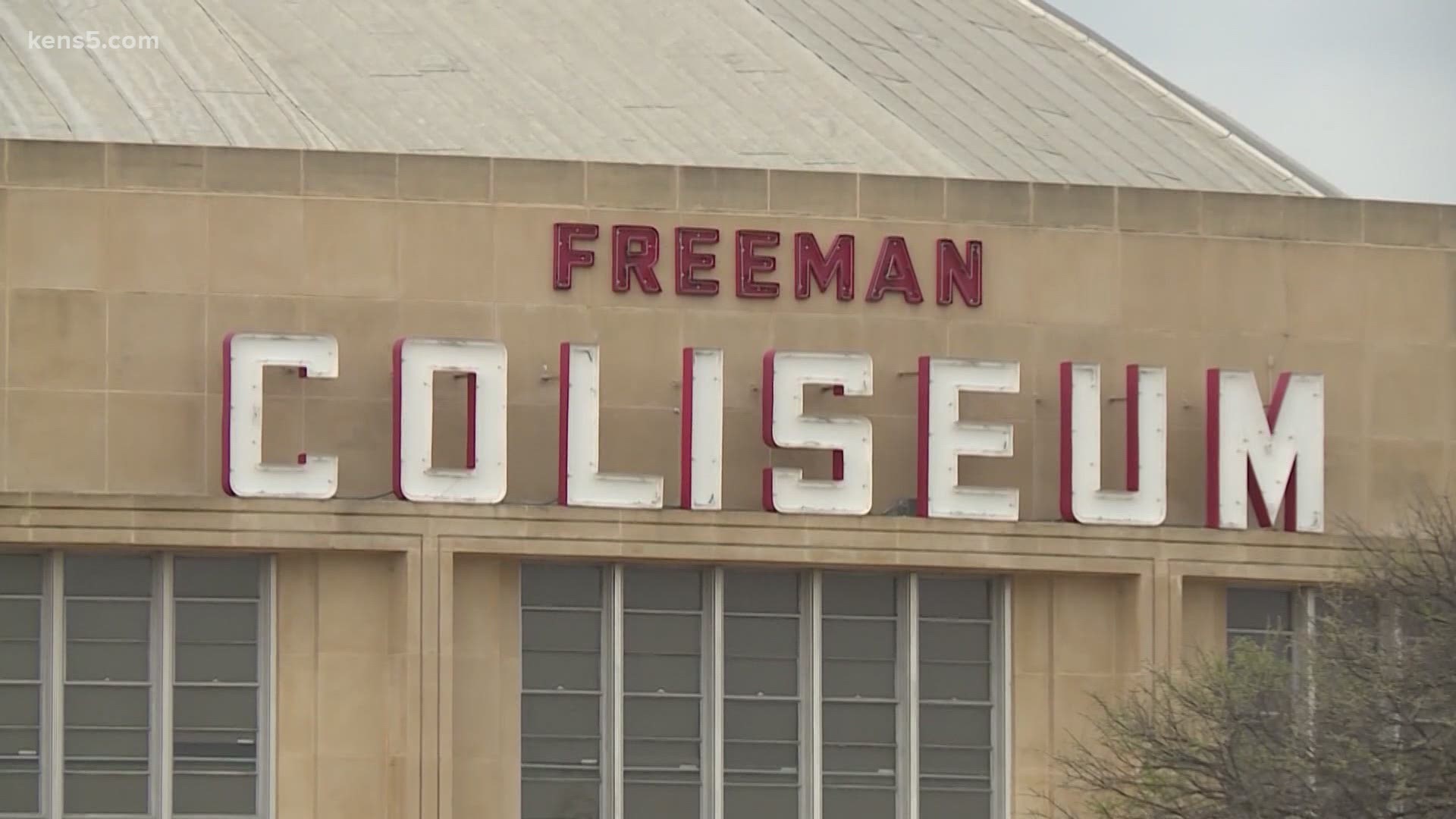 SAN ANTONIO — The Freeman Expo Hall will no longer serve as an emergency intake center for migrant children after May 30.

A Bexar County spokesperson said in a statement: "No extension has been requested by HHS. The contract will end at the end of May."

The Department of Health and Human Services said Friday afternoon that there were 1,259 teen boys currently being housed at the Freeman site. 714 boys have been unified with sponsors in recent weeks, 168 have been transferred and 33 boys have aged out of care.

As for what happens to the children after the contract expires, HHS sent KENS 5 this response:

"ORR is striving to unify the teens at the San Antonio EIS at the Freeman Coliseum with their sponsors as quickly and safely as possible and the numbers of unification are increasing daily now that the case managers have had time to contact sponsors and the verification process is underway. We anticipate that a majority of teens here will be unified with their sponsor before the end of May. If, however, there are teens who have not been unified with their sponsor when it’s time to close, they will be relocated to another facility in ORR’s network."

The number of unaccompanied minors in border facilities has decreased dramatically in recent weeks. On Friday, Homeland Security Secretary Alejandro Mayorkas said there were just over 700 unaccompanied minors in border facilities. During the peak in early April, there were as many as 5,600 kids in government-run border centers.

The federal government has been providing migrant children housed there with bedded cots clothes and meals a day, according to Bexar County Judge Nelson Wolff.

The county signed a lease agreement with the federal Department of Health and Human Services in March. The feds have rented the space through the end of May.

Since then, Texas Governor Greg Abbott has urged Vice President and Border Czar Kamala Harris to shut down the federally-run facility for unaccompanied minors.

“The facility is a health and safety nightmare,” Abbott said on April 7.

During that press conference, Abbott called for the facility to be shut down after he says authorities were tipped off about the possible sexual assault of a child there.

Abbott didn’t elaborate on who submitted the alleged complaints to state agencies but implored the Biden administration to move the children to other “federally-run facilities” and to shut down the Freeman Coliseum site.

According to Bexar County Judge Nelson Wolff, however, there was no evidence any of those violations had occurred before Abbott came forward.

"Now, if anything's happened since then, when he said it there was nothing," Wolff said. "Now, other things could happen, I don't know that they have. I have not heard anything."

A few days later, a coalition of immigrants’ rights groups urged the federal government to speed up the family reunification process, following a tour of the Freeman Coliseum grounds.

In a statement the U. S. Department of Health and Human Services said in part “ORR has a zero-tolerance policy for all forms of sexual abuse, sexual harassment, and inappropriate sexual behavior at all UC care provider facilities and acts quickly to address any alleged violations of policy.”

And on April 27, three asylum-seeking teenagers were brought to San Antonio's Freeman intake site to be temporarily housed alongside thousands of others are unaccounted for.

A federal employee temporarily serving as a spokesperson for the U.S. Dept. of Health and Human Services confirmed the development to KENS 5, saying the teens "remain outside of our care." The spokesperson added another teenager was briefly reported missing on April 16 before they were soon found elsewhere on Freeman grounds.