One of the women participating for the first time has a special reason for lacing up her shoes. 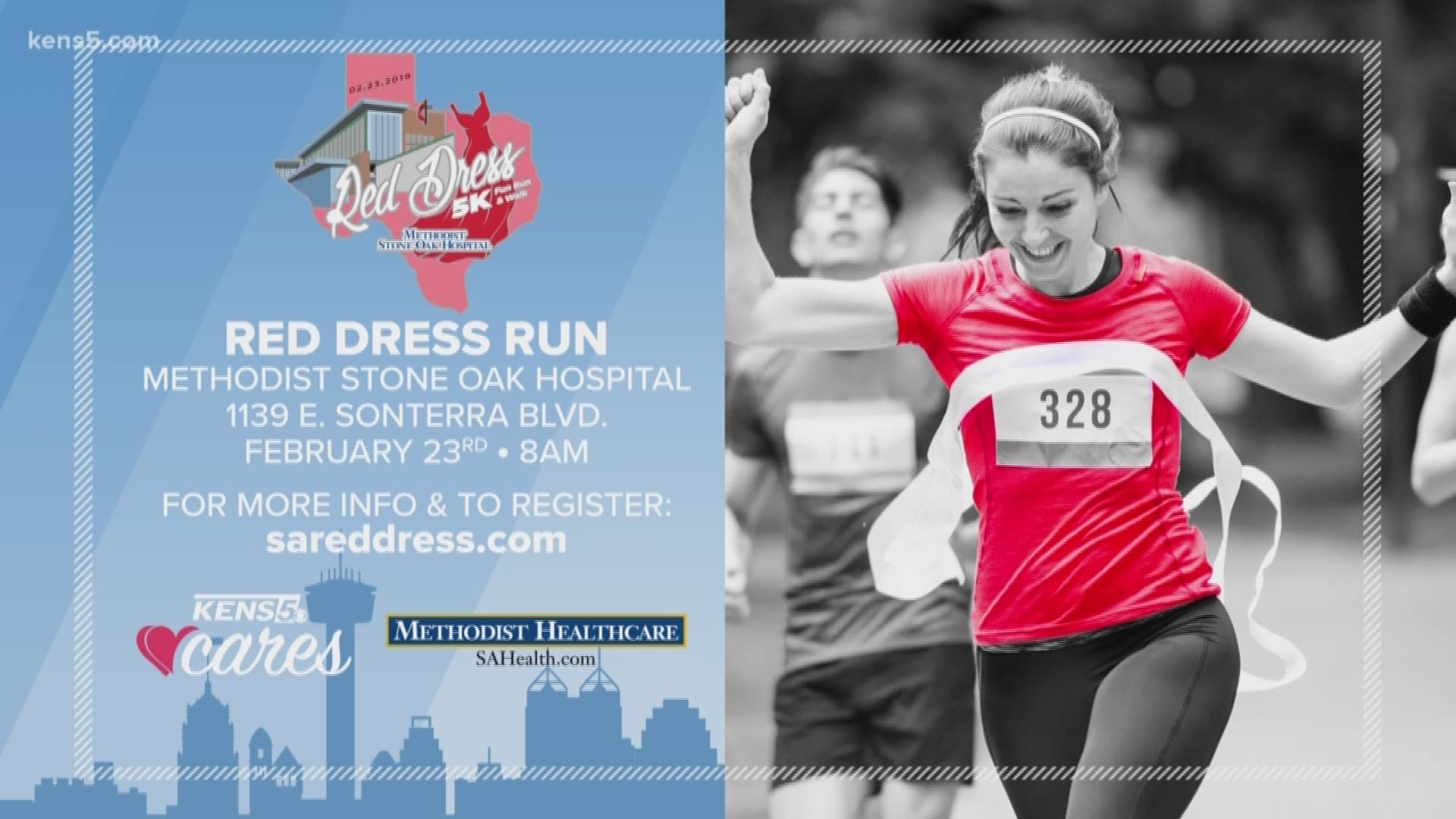 SAN ANTONIO — Runners in red are taking over the Methodist Hospital-Stone Oak campus in just over one week.

One of the women participating for the first time has a special reason for lacing up her shoes.

World traveler Janet Mitchell loves visiting new places. She's walked through some of the most beautiful spots on earth.

“I have to be thankful that I went to Spain and climbed mountains because I had no symptoms in San Antonio of anything wrong,” said Mitchell. “I don't know what would've happened had I not caught it early like that.”

She’s talking about her heart condition. Mitchell received a pacemaker in 2012. Then came two stents in 2017. A second heart attack last year at the age of 66 led to bypass surgery. Mitchell hopes her story helps others.

“I had the heart attacks …both times were across my back, there was nothing in the chest,” said Mitchell. “I've tried to tell all my female friends… go to the hospital at our age especially. Go get it checked.”

She says sharing family heart history with her doctor was key.

Now, Janet is ready to raise money for heart health research. She’s excited to see some of her favorite nurses while making a difference.

One of those people is Debbie Duke, the cardiovascular coordinator at Methodist Stone Oak Hospital.

“My patients are my angels. They give me a good purpose,” said Duke.

Duke will be by Mitchell’s side at the Red Dress Fun Run on February 23rd. The event is also a chance to celebrate her former patient’s year of health since the surgery.

“Last year we had a ton of dogs out here. Dogs in red dresses. It was a lot of fun,” said Scott Rausch, the Chief Operating Officer for Methodist Stone Oak Hospital. “The dogs were the best dressed last year.”

A portion of the proceeds go to The American Heart Association’s movement to support healthier communities.

Pets on leashes are welcome!

A portion of the proceeds go to the American Heart Association