Flamingos flocking to local lawns... all for a good cause

So far, the teens have reached 120 houses. The campaign runs through March. They’re participating in a fundraising competition to benefit the Leukemia & Lymphoma Society. 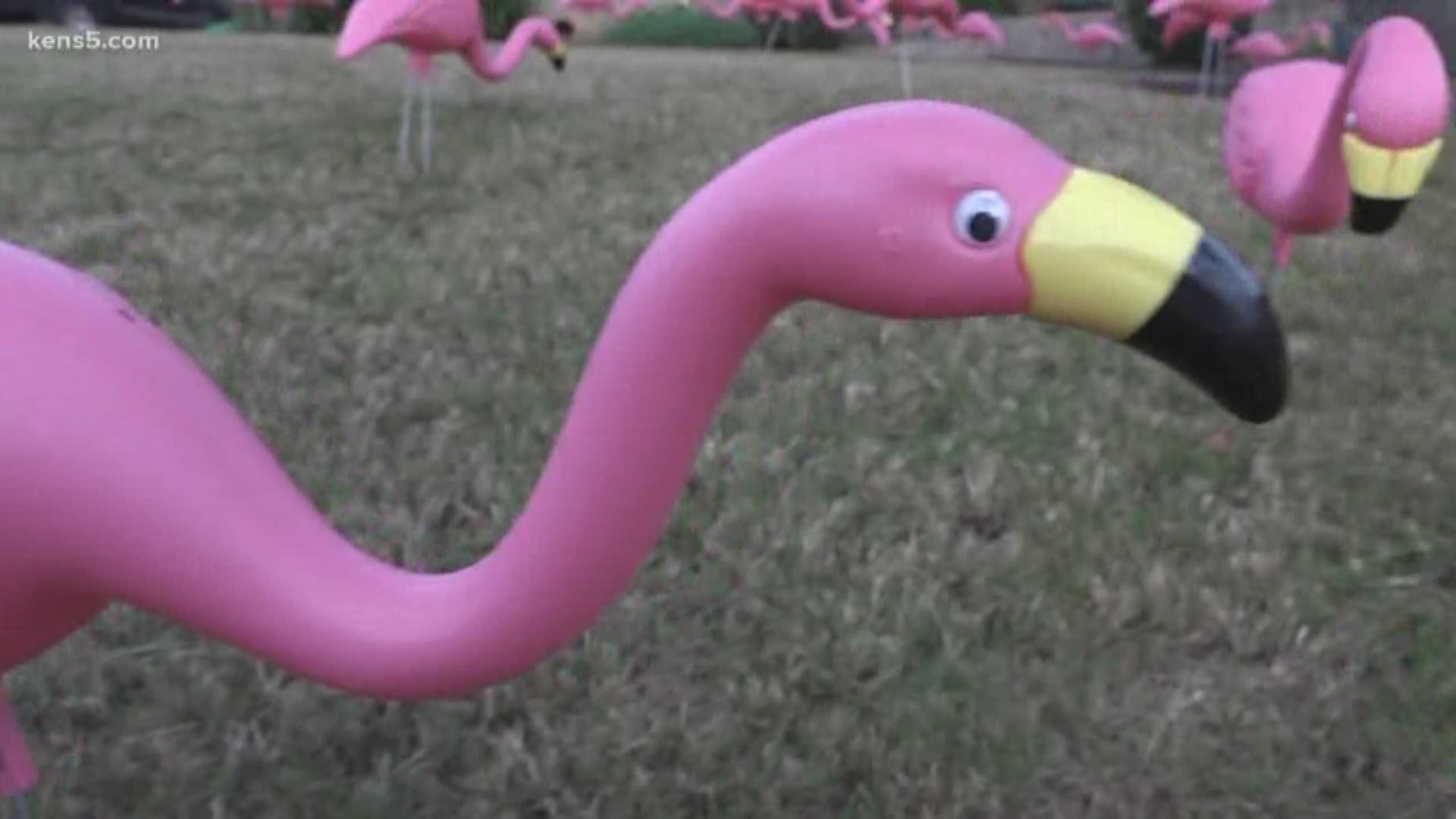 SAN ANTONIO — Plastic pink flamingos are popping up in San Antonio area neighborhoods with the message: "You have been flocked."

High school seniors Harrison Licata and Colby Triplett have been busy lately. They’re part of the ‘2019 Students of the Year’ program, which is comprised of a group of select high school students around the country. They’re participating in a fundraising competition to benefit ‘The Leukemia & Lymphoma Society.’

However, the local teens are raising awareness and funds in a unique way.

“We are just putting plastic flamingos in people's yard,” Licata said. “And it kind of seems weird."

Since January, the teens have been at it every day. They go to different houses in the Helotes and Boerne area. They place pink flamingos in someone's front yard without the home owner knowing, then a sign will be up front and center it reads: ‘You have been flocked.’ If you wake up to these flamingos in the yard, you are asked to donate to their cause, and you can even nominate someone to get flocked.

Triplett is doing it in honor of his grandfather.

"I was really trying put energy in to his memory,” he said. “Best thing to represent him, and best way to remember him.”

“I figured it would be a good way to say thank you to him and his family,” the teen said.

Decker died in September from ALL Leukemia, which is rare in adults. He left behind a son and high school sweet Laura.

“We miss George every second of the day,” Laura said. “It is like he is here through everybody else."

Decker was a pharmacist and gave so much to his community, a community that has now given the family strength to move forward.

“They have protected us and taken us in,” she said.

Laura says Harrison and Colby are carrying George’s spirit with their mission to raise funds to help find a cure and raise awareness.

“They are going to change the world,” she said.

“Every little thing counts,” Triplett said. “Something little can really make a difference."

So far, the teens have reached 120 houses. The campaign runs through March. If you would like to support their cause, click here.