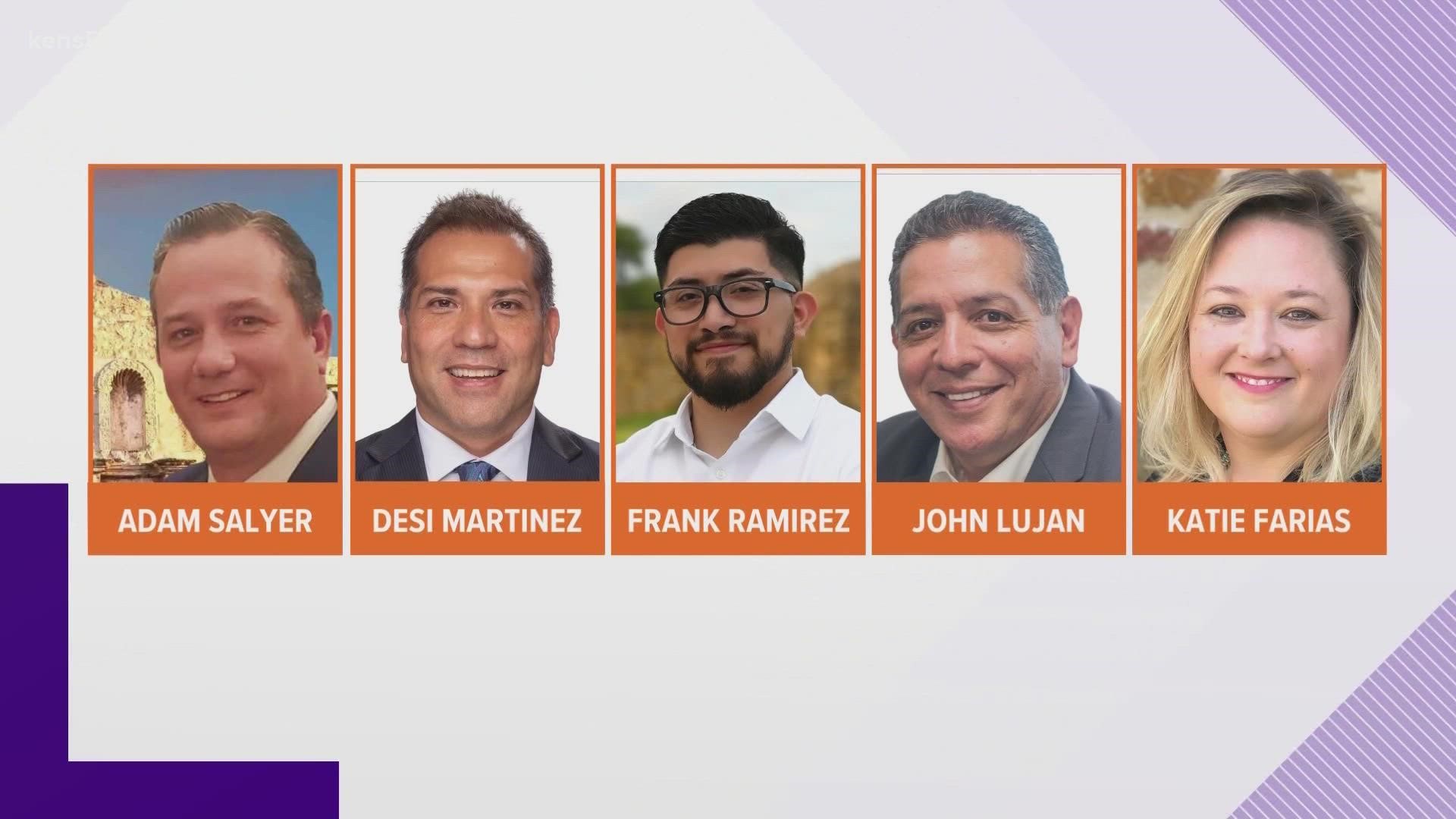 SAN ANTONIO — Five candidates are fighting to fill one vacant seat in the Texas House of Representatives.

A special election will be held to fill former state representative Leo Pacheco’s seat. Pacheco resigned his seat in August.

The election is being held at a strange time in Texas politics.

“We’re now in the third special session, everybody’s exhausted,” Jon Taylor, political science professor and chair of the Department of Political Science and Geography at UTSA is curious how a race between three Democrats and two Republicans will play out.

“It’s interesting you’ve not seen any sort of big endorsements from, say Greg Abbott or something like that for a Republican in this race. You’ve not seen prominent Democrats necessarily outside of Bexar County jump into this race,” Taylor adds.

Campaign signs ready to be staked ahead of election day outside the Semmes Library on the Northeast side. It’s part of the district which stretches from the northeast to the south.

“Places like Converse and Universal City, you might have pockets of Republicanism there. But if you’re talking about the South…it’s much more democratic territory. I’m not saying a Republican can’t win, I’m just saying it’s not necessarily strongly conducive to a Republican victory,” Taylor adds.

But both parties aren’t taking this lightly.

A town hall with all candidates was held last week by the San Antonio Hispanic Chamber of Commerce. Each party has set up phone banks to increase voter turnout which has reached only 3.9% of eligible voters.

According to the Bexar County Elections Administrator, more than 2,800 votes were cast in person and 1,100 ballots were cast by mail.

“Historically, we have not broken a ten percent turnout in any of the special elections. So I think the highest we had was nine point-something. [The special elections] usually come in around six, six and a half, seven, so I hope we can get up to that,” Jacque Callanen, elections administrator said.

Whoever wins—will have to repeat their efforts in next year’s general election when the term expires.

Voting will take place from 7:00 am to 7:00 pm on Tuesday. 30 voting centers will be open, and voters do not have to vote at a center within their precinct.

A list of the polling locations within Bexar County can be found here.

Callanen asks voters to bring a photo ID when they go cast their vote.