Fishing day serves up life lessons with a side of worms

About a dozen kids from the Eastside Boys & Girls Club paired up with San Antonio Police Officers to learn how to fish. 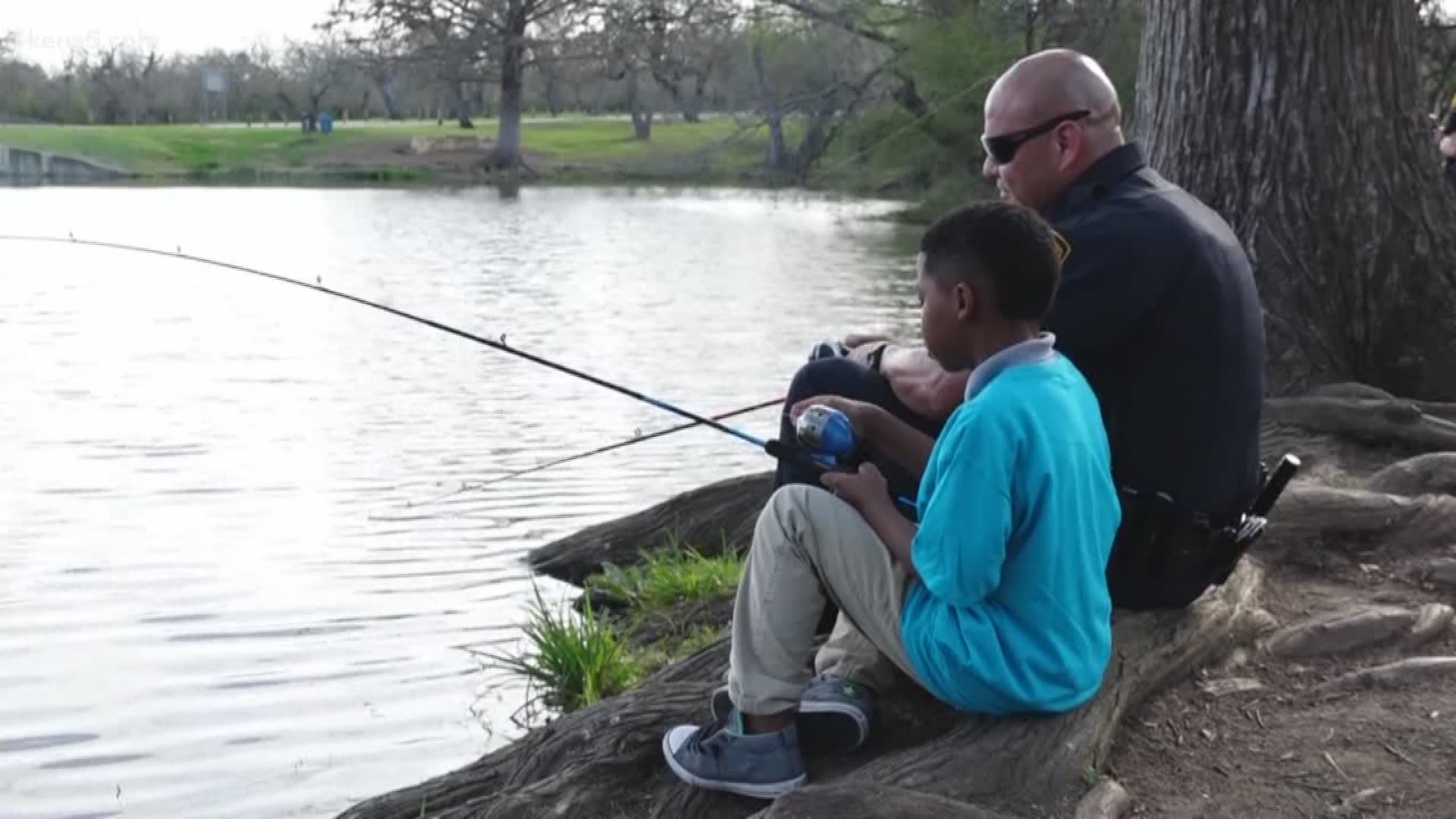 SAN ANTONIO — Life lessons with a side of worms were served up at a special fishing day for San Antonio kids.

The event brought together students and some of our city’s finest.

“There’s a bubble. I think there’s a fish in this area,” said 7-year-old Javante’ Fields.

Wednesday, about a dozen kids from the Eastside Boys & Girls Club paired up with San Antonio Police Officers to learn how to fish.

“If it’s a cool fish, I might scream,” said 7-year-old Alissa Green.

The outing proved to hold a lot of firsts for the kids.

Gathering at the water’s edge at Southside Lions Park, the activity quickly turned into a bonding experience.

“They could be doing it with somebody else and they chose us,” said 12-year-old John Peoples with a big grin on his face.

Javante’, John and Kenneth all agreed that the biggest lesson of the day was in patience.

Waiting, reeling and casting again, the downtime was filled with chatter.

“I’m gaining a whole lot of positive,” said San Antonio Police Officer Alonzio Hardin. “Unfortunately, our job does deal with a lot of negative sometimes. This is a great way for us to show the kids that we are human. We like to come out and do things like this so it’s just a great opportunity for me to give back to my community.”

The worms and rods were provided by a local non-profit.

“We try to bring a lot of unity and a lot of positive vibes,” said Oscar Castillo with the Fin Addict Angler Foundation. “These kids here they’re building memories.”

“I’m hoping there’s a salmon in there,” said Javante’.

While the fish weren’t biting, the kids reeled in some new friends.

“You’re two for two on trees today,” chuckled one of the officers as he detangled several feet of fishing line. “It’s alright though,” he assured Alissa.

Down the shoreline, Javante’ was showing off his haul.

The Fin Addict Anglers Foundation shared a lesson on conservation with the kids and highlighted ways to respect our waterways.