The church opened a new building that memorializes the 26 people who lost their lives in the 2017 attack. 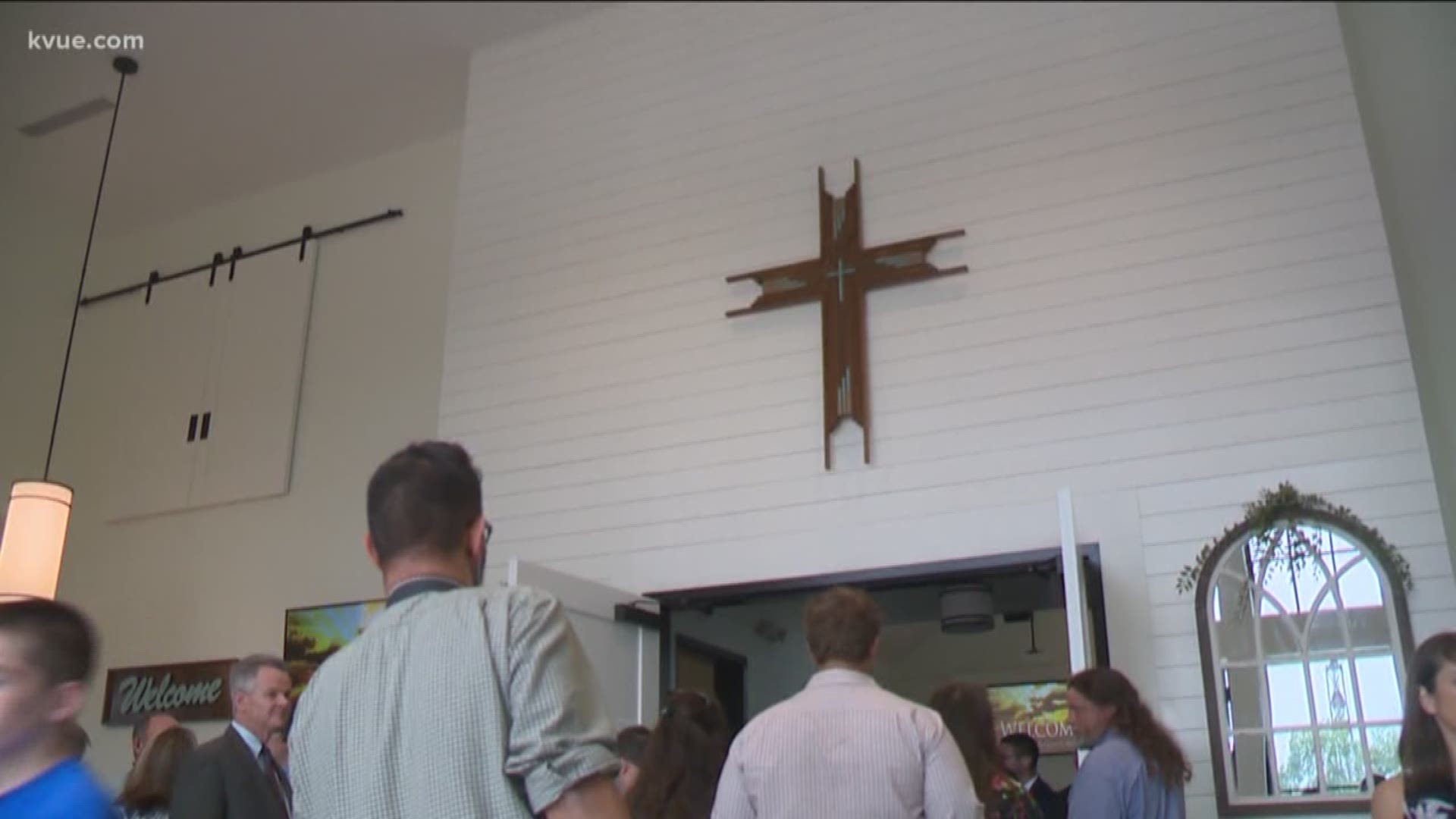 SUTHERLAND SPRINGS, Texas — On Sunday morning, the First Baptist Church in Sutherland Springs held a dedication ceremony for the new building on their campus.

The worship center and education building is also home to a memorial honoring the 26 people killed in the November 5, 2017 shooting.

The service began with singing, prayer and the ringing of a bell after each victim's name. The bell that tolled is the same bell the church would ring at the old sanctuary.

"The bell was something that, every Sunday morning, the kids would run to me, race to me to see who would get to me first, who could ring the bell to let Sunday school know that it was time for church to start," Pastor Frank Pomeroy recalled. "Many of the children that rang that bell are no longer with us...and for that reason, that bell means even more than me than it did previous."

"The opening of this new worship center ushers in a new era of healing for this congregation and for the entire town of Sutherland Springs," said Governor Abbott. "I have no doubt that God will continue to work through this community to write the next chapter for the remarkable and faithful people of Sutherland Springs. That is why we do not gather in grief, but instead we gather in hope, and we join together to celebrate the new beginning of the First Baptist Church of Sutherland Springs."

Pastor Frank Pomeroy said they have not decided what they will do with the old building. He said it will be the church's decision. However, Pomeroy said, regardless of what is decided, the ground will always be hallowed.

ONE YEAR LATER: Why Sutherland Springs church members keep worshiping after the shooting