Three adults, including a man in a wheelchair, made it safely out of the historic building. 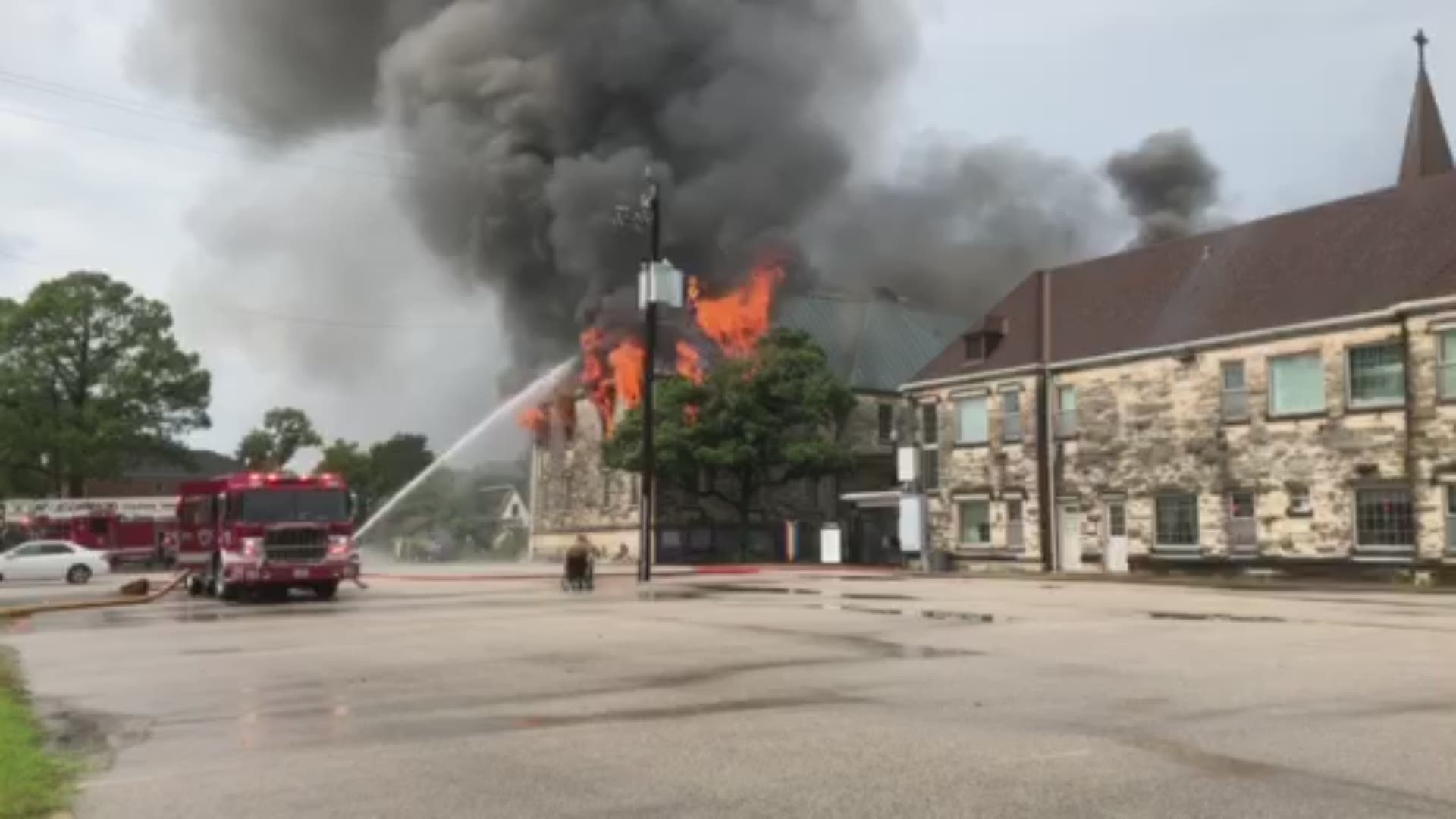 HOUSTON — Arson and ATF investigators are looking for the cause of an historic church fire in the Houston Heights Friday afternoon.

Three adults, including a man in a wheelchair, made it safely out of the building. Any other day of the week, there would have been dozens of children inside the church's daycare. Fortunately, it's not open on Fridays.

Video from the scene showed flames shooting out of the second floor windows.

The call came in around 2 p.m. and several HFD units rushed to the scene, including ladder trucks.

"Firefighters were doing a pretty aggressive attack when the wind really caught the flames and started getting them going really good,"Houston Fire Department Asst.Chief Ruy Lozano said. "We had so much fire coming out, the crews had to go into a defensive posture and we had to use Ladder 6 to actually knock down the fire."

It took about 100 firefighters less than an hour to bring the fire under control.

Lozano praised the crews for hustling despite the oppressive heat and humidity.

"You gotta really be proud of these Houston firefighters," Lozano said. "After 24 hours of doing rescues, now they have to respond to a 2-alarm church fire."

By the numbers: Imelda was fifth wettest tropical storm to hit Lower 48