Fire rips through northwest side home resulting in total loss

Armando Benavidez, who has hearing issues, says he was fast asleep during the next door inferno until one of the evacuated individuals pounded on his front door. 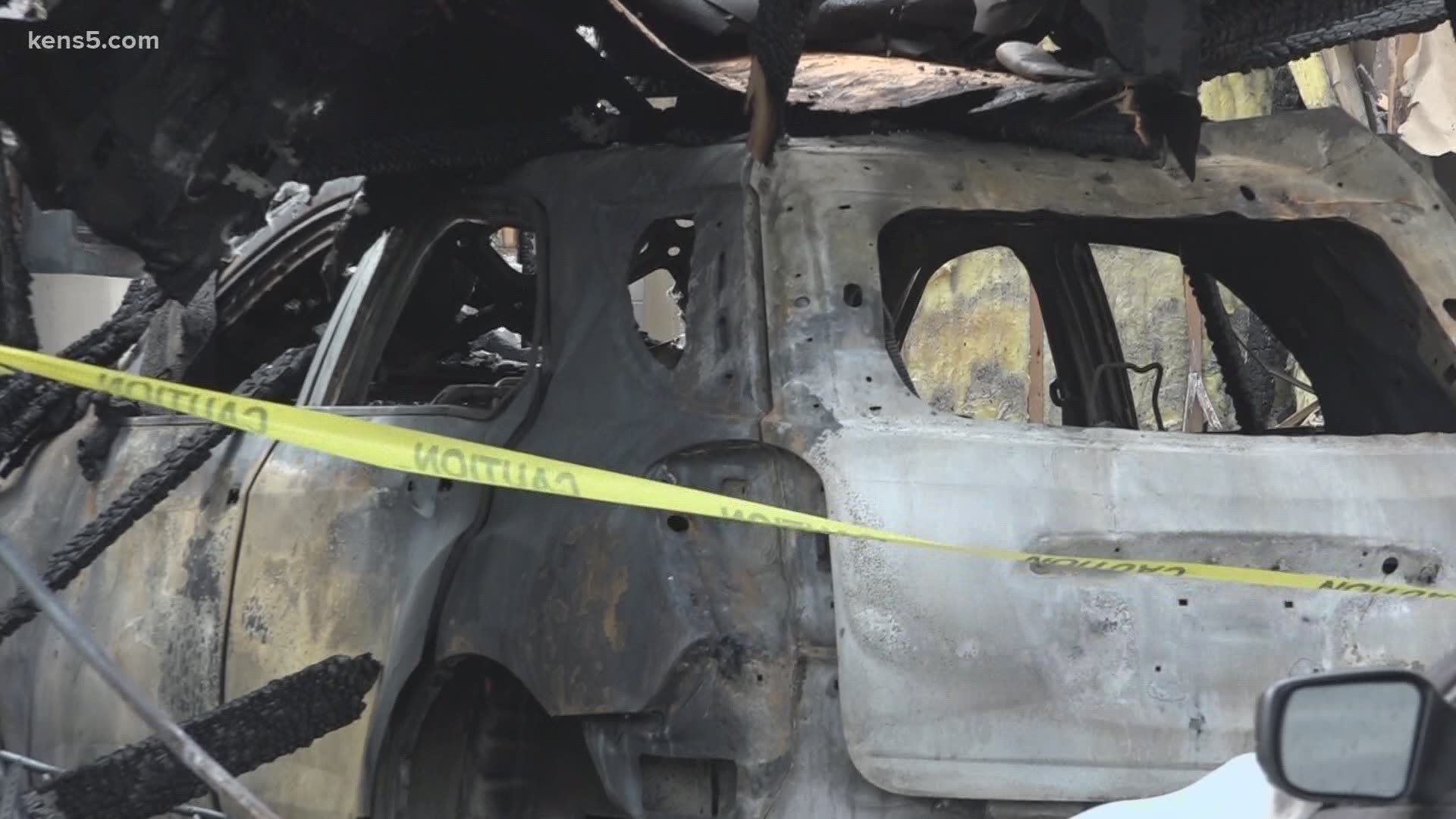 SAN ANTONIO — A house is destroyed on San Antonio’s northwest side following an early-morning fire and reports of explosions being heard from the garage. No one was hurt as a result of the blaze.

The San Antonio Fire Department responded to a house fire off Prue Road and Shady Elms just before 6:30 a.m. on Sunday.

Firefighters arrived on scene and discovered a home engulfed.

The two people who were inside managed to evacuate before the flames swallowed up the home.

Fire officials say the initial reports of explosions originated from gun ammunition inside a car in the garage.

The cause of the fire is still under investigation.

Armando Benavidez, who lives next door, said he was asleep and had no idea what was going on.

Fortunately, the fire barely seared his home. The neighbor whose home was engulfed knocked on his door to wake him up.

“Just a big old fire. The whole house was on fire already by the time I came out,” Benavidez said.

He happens to know the homeowner of the now-gutted residence quite well. Benavidez expressed gratitude for

“The lady that lived there is in a wheel chair so she wouldn’t have known how to get out,” Benavidez said.

The woman’s son said the in-home Life Alert system is what initially prompted the rapid response from first responders.

The son spent Sunday trying to salvage what he could including a tarnished American flag which belonged to his late-father, who served in the U.S. military.