Apartment complex heavily damaged in large fire on the northeast side, 50 displaced 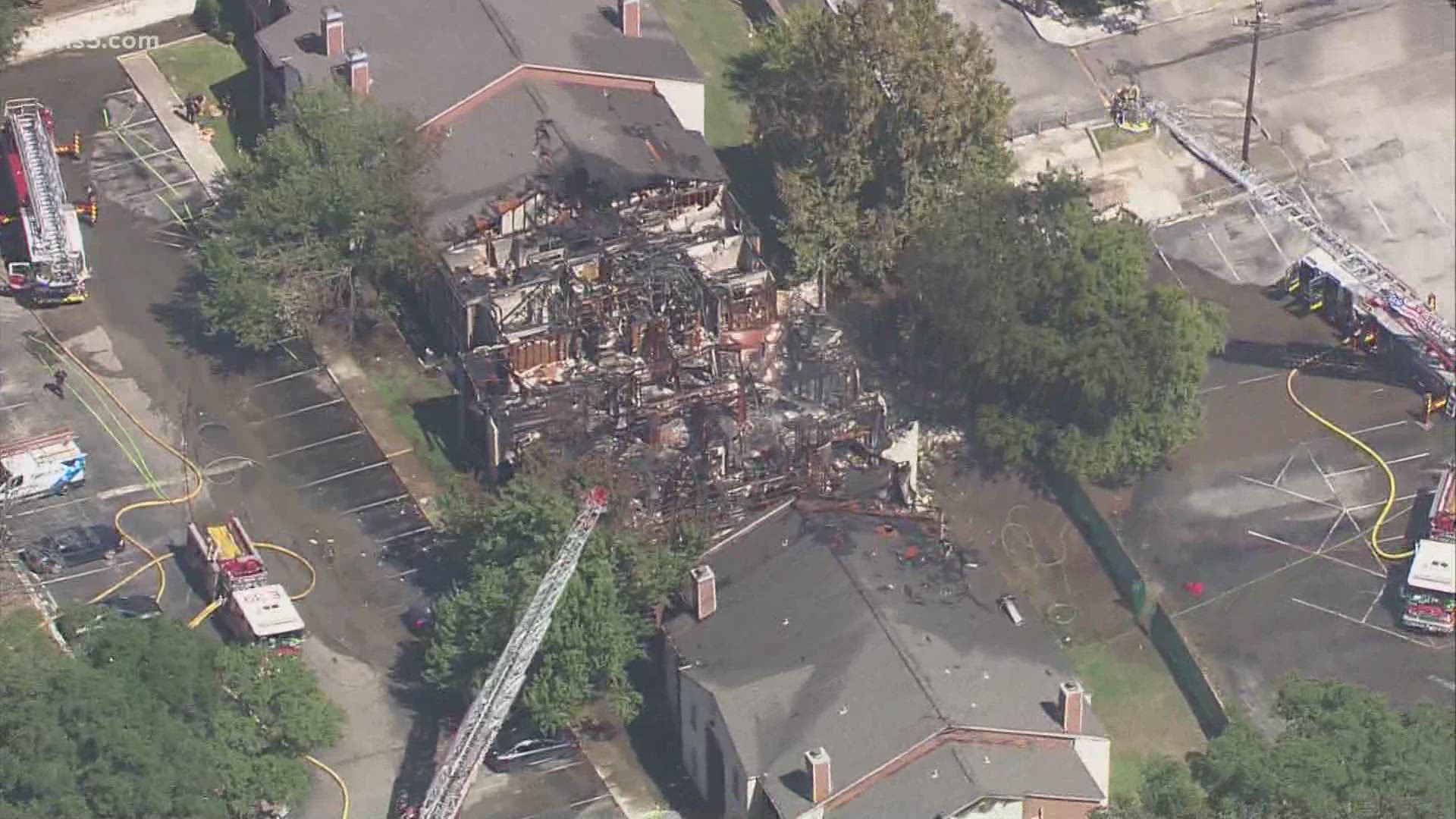 SAN ANTONIO — An apartment complex on the northeast side was heavily damaged in a massive fire Thursday afternoon.

The fire was reported around 12:37 p.m. at the apartment complex at 12600 Uhr Lane. The complex is near the area of Thousand Oaks and Bulverde Road.

Fire officials say the fire started on the patio of the units and spread to other parts of the building. The fire went to a second alarm and at one point, there were 34 fire units on the scene.

Fire officials say there were luckily no major injuries. A woman who was knocking on doors and trying to warn her neighbors did suffer some smoke inhalation, but crews say she will be ok.

There is no word yet on the cause of the fire.

Officials say 50 residents were displaced and the Red Cross is working to help find them another place to say.