Officials with Magellan report that the fire started near an above ground tank holding light crude oil. It was being cleaned and inspected. 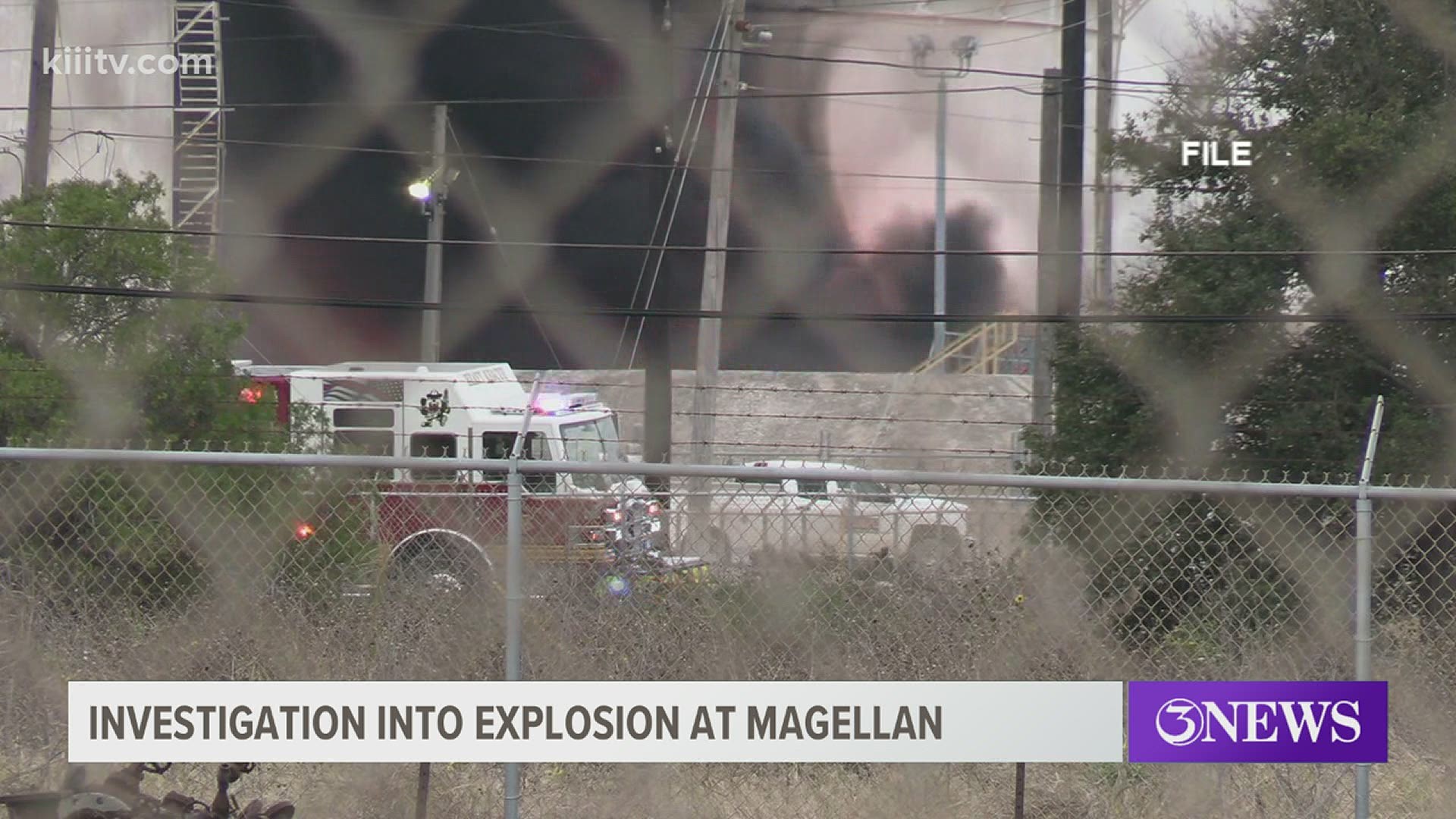 There's some good news for the workers involved in the explosion yesterday at the Magellan Storage Facility in Corpus Christi. Seven crew members with Shelton Services Inc. were injured when a fire busted out on Saturday morning.

According to Shelton, two out of the seven people injured have been released from a Corpus Christi hospital while five others remain in stable condition at the Brooke Army Medical Center in San Antonio.

"The affected workers are valued members of our company family. We are saddened by this event. We are praying for and supporting our injured colleagues and their families. All of us at Shelton Services hold safety as our highest priority. We do not currently know the cause of the incident. We are working with Magellan and regulatory officials as the investigation continues."

At City Hall, everyone from the Mayor to the County Judge and fire officials showed up to try to explain the circumstances surrounding what went wrong along refinery row.

Deputy Fire Chief Richie Quintero said that his department got word about the explosion at Poth Lane and I-37 a little after 10 a.m. on Saturday.

Ambulances raced to the scene and by 10:13 a.m., they had already transported the first of seven patients to the hospital.

By 10:36 a.m., all the patients had been taken to the hospital. By 10:20 a.m., fire crews were already putting water on the flames that were coming from the storage tank.

Corpus Christi firefighters were joined in the battle by the Refinery Terminal Fire Company and the Annaville Fire Department. A Reverse Alert was also sent out to warn nearby residents of the incident.

Now, many of the agencies who responded to the scene will begin their own investigation in the hope of trying to discover what went wrong.

”It’ll be a large effort, but together, hopefully we can find something that was either could be fixed, probable what could come down to the exact nature of what occurred, so that we can hopefully put preventative measures in place," Deputy Quintero said. 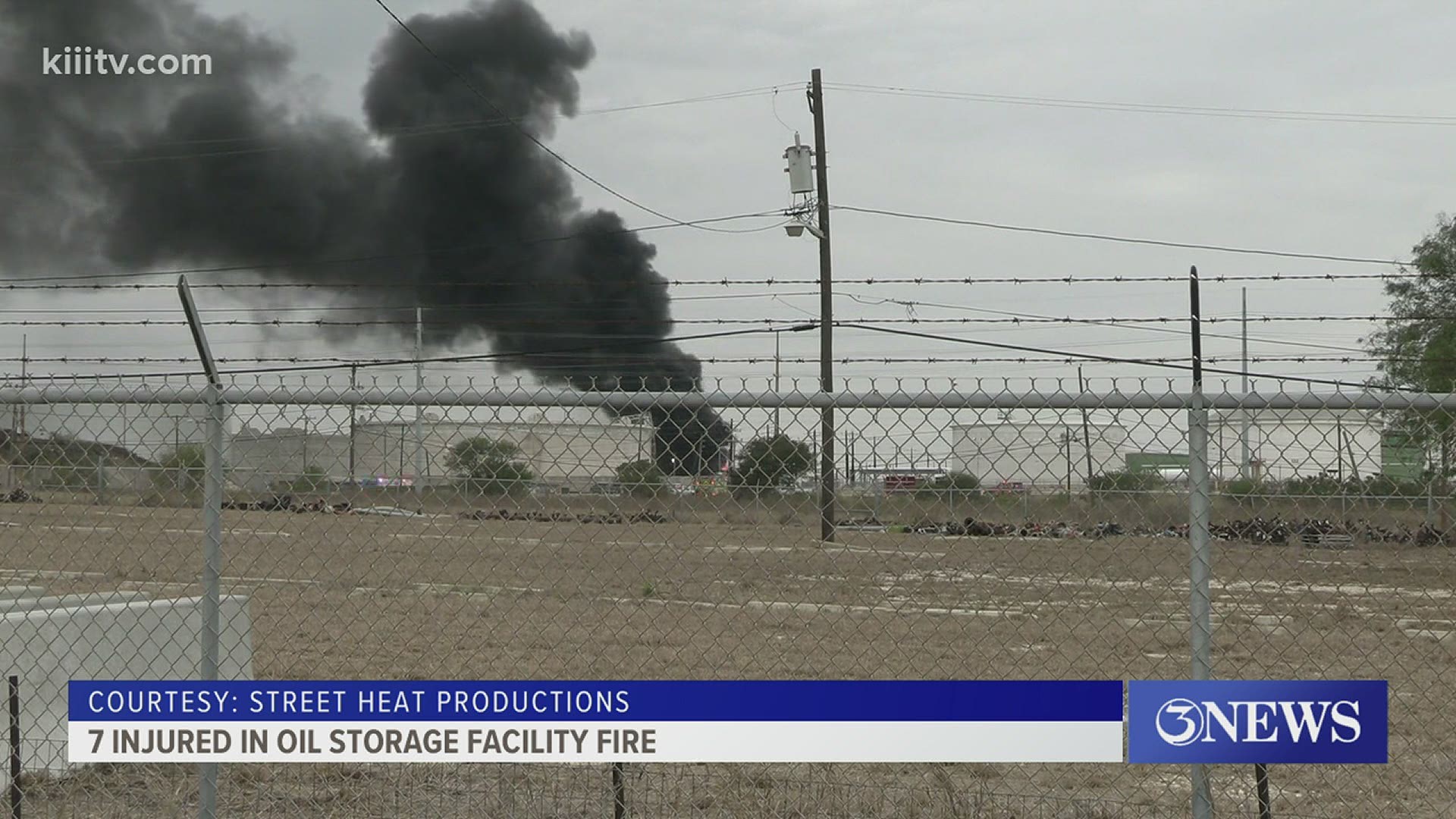 Four of the seven people taken to the hospital were initially listed in critical condition with one of those men being flown to a burn unit in San Antonio.

”As you all know, I am certain that there will be an investigation of the accident scene and it will determine how this tragedy happened and we will ask for your patience," Nueces County Judge Barbara Canales said.

”The ability of our first responders to get there as quickly as they did and provided the assistance they needed should be a reassurance to our community that when something like this happens, we are ready and we are prepared," Corpus Christi Mayor Joe McComb said.

The workers were inspecting and cleaning out an oil storage tank owned by Magellan. Here’s how that process usually works according to Mark Calhoun, the Operations Manager for the Magellan site:

”Obviously, the tank is strained, we have main lays on the tank so that personnel can eventually enter the tank. Once the tank is clear of all vapors and they go in and clean the tank, if there’s any kind of residual on the floor, they clean that out and that’s disposed of properly. I did the inspection, basically is to make sure the tank is in good shape."

We also learned that the Texas Commission Environmental Quality was monitoring the air around the fire scene and officials said there were no air quality issues found.

"My prayers are with those involved in the explosion in Corpus Christi today. I am deeply grateful to the first responders and frontline hospital workers assisting on the ground. My office has been working with local officials to monitor the situation."

Earlier today, seven contract workers were injured at Magellan’s Corpus Christi petroleum facility. They were cleaning an above ground storage tank in preparation for inspection when a fire developed. We are praying for those that were injured and their families.

Emergency responders promptly arrived at the site and transported the injured workers to local hospitals for treatment. We do not know the cause of the incident at this time and we are working with regulatory officials as the investigation continues.

The fire has been extinguished. Air quality readings at the facility and surrounding area remain safe. There are no road closures or evacuations related to this incident.

Statement from Magellan’s Chief Executive Officer Mike Mears:
“All of us at Magellan hold Safety as our highest standard and we are saddened by the incident that occurred this morning. The seven contractors who were injured and their families are in our thoughts and prayers, and we are committed to determining the root cause of the incident. Magellan will ensure continued collaboration with all stakeholders.”

RELATED: What nearby residents heard and felt during the Magellan explosion in Corpus Christi

The City of Corpus Christi hosted an Emergency Press Briefing with several updates. Rewatch it here.

"Around 10AM Central time this morning, a tank fire occurred at Magellan’s Corpus Christi petroleum storage facility. The tank was being cleaned by contractors at the time of the incident. Unfortunately, there are reports of injuries. The fire has been extinguished at this time."

"The State of Texas is working closely with Magellan and Corpus Christi officials to aid in the emergency response efforts and to provide immediate help to those injured in the explosion. The Texas Commission on Environmental Quality is monitoring air quality in the area, and the Texas Division Of Emergency Management is on the ground to provide support. The Texas Department of Public Safety is also working to provide assistance to first responders on the ground. The state is ready to deploy additional resources to respond to this event and keep the community safe. Cecilia and I ask all Texans join us in prayer for those injured in this explosion, for our first responders, and for the safety of those in the area." 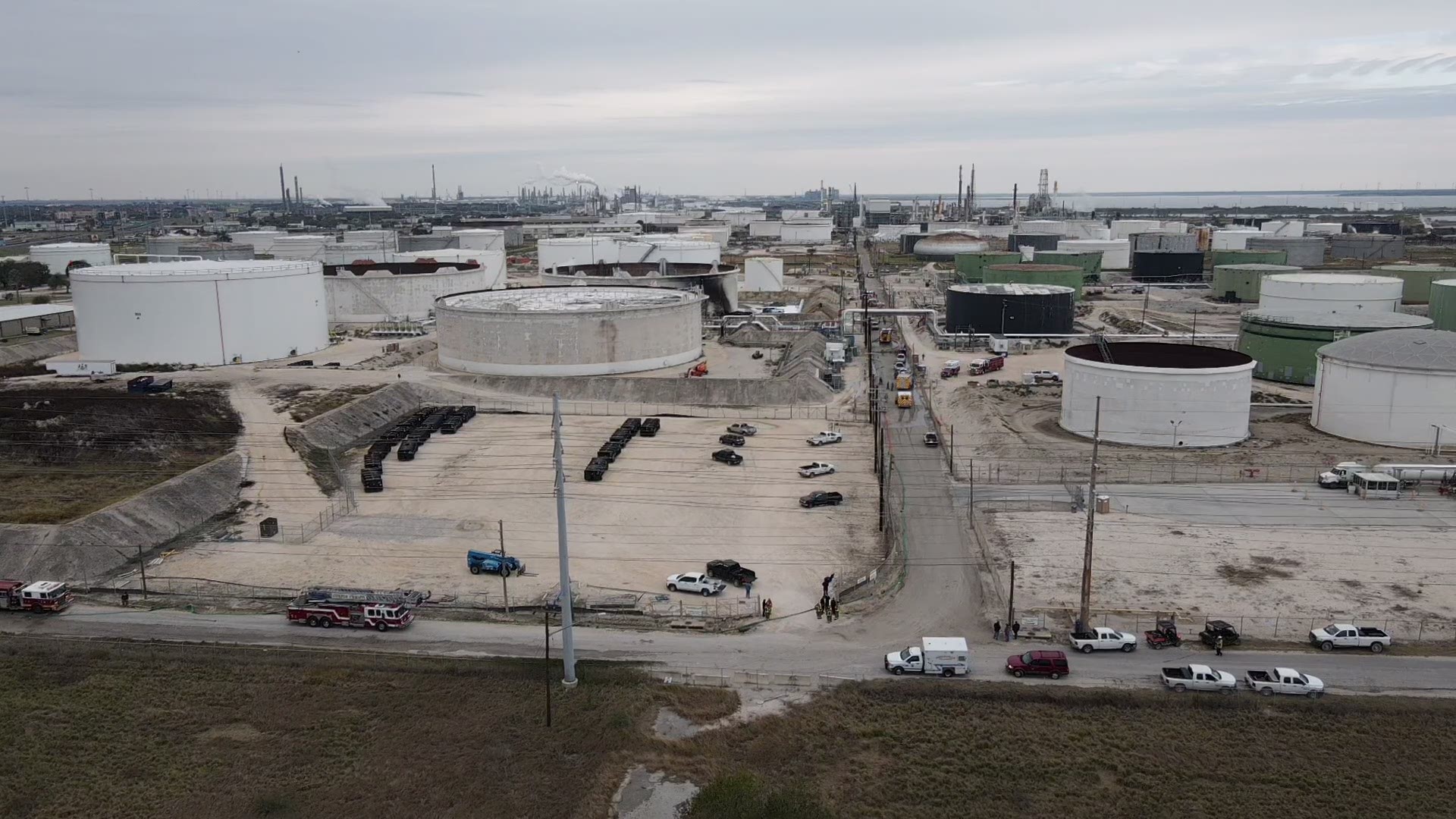